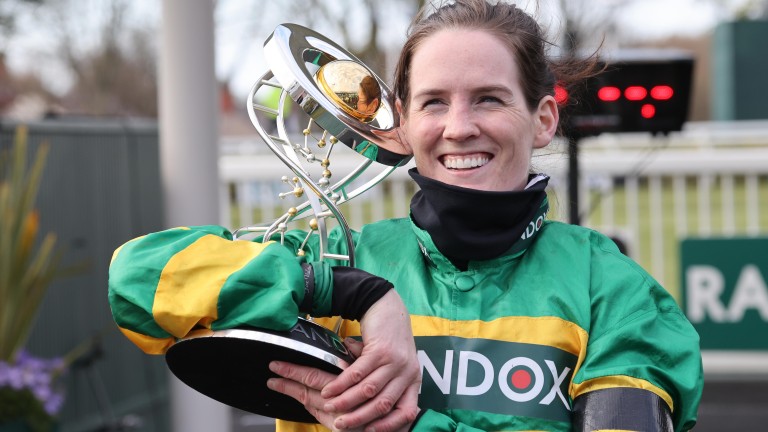 Rachael Blackmore edged three steps closer to history at Kilbeggan on Friday evening when a 9-1 treble moved her onto the 91-winner mark and within four of Paul Townend in her bid to become the first female champion jockey in Ireland.

Blackmore's best season before this was in 2018-19 when she helped herself to 90 winners and finished second in the table behind Townend.

The Cathal Don, sent off the 6-5 joint-favourite, hung on gamely to land the opening 2m maiden hurdle from main market rival The Greek, while An Taibhse easily edged out Onehundredpercent in the first division of the 2m3½f maiden hurdle.

Onehundredpercent had been the subject of a monster plunge – backed from an overnight price of 14-1 into 6-5 at the off – but he could only get within four and a half lengths of An Taibhse.

The Blackmore treble was completed in convincing fashion by Cavalry Master in the 2m6f beginners chase, with the 5-4 favourite winning by nine and a half lengths following a fluent round of jumping.

Blackmore told Racing TV: "It's phenomenal. I'm in a very lucky position getting to ride all these horses."

On the title challenge, she added: "It's a long week ahead and we won't be thinking about that too much."

The Irish jockeys' championship comes to a conclusion at Punchestown next Saturday and between now and then Blackmore has top-notchers like Honeysuckle and Bob Olinger to look forward to at the five-day festival.

Townend remains a hot favourite to retain his title with Paddy Power, who offer just 1-5 about him doing so with Blackmore available at 7-2.

The race for the amateur jockeys' title is going to go right down to the wire at Punchestown as well after Jamie Codd drew level with Patrick Mullins courtesy of a double on Buddy Rich and Felicidad.

Codd coasted to glory on 8-13 favourite Buddy Rich, trained by Denise Foster, in the second division of the 2m3½f maiden hurdle before another easy success on Felicidad in the 2m4f mares' beginners chase by four and a half lengths. 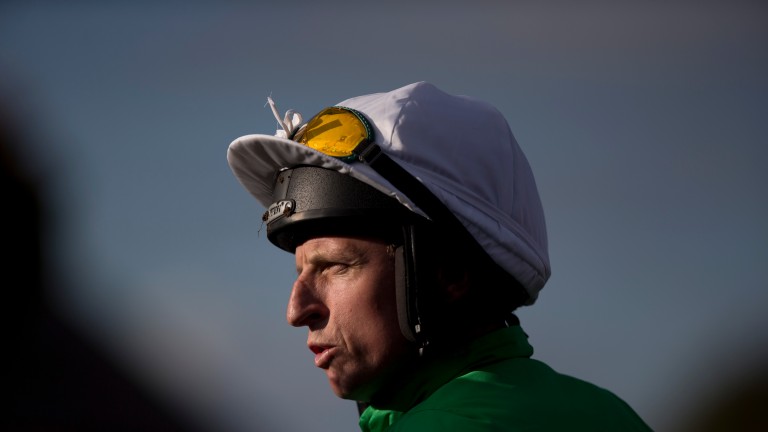 Codd would be ahead now had the maiden hurdle at on Thursday evening not been taken off him in the stewards' room.

Mylestown Upper passed the post first in Kilbeggan's opening maiden hurdle with a nose to spare but the 5-6 favourite was deemed to have interfered with Hymie Weiss on the run-in and the result was reversed.

It was deemed a questionable call by some on social media but Codd said there will be no appeal.

He explained: "If I had won a head I would've been fine but it was a nose. I drifted out a little from the rail I suppose but, look, you win some and you lose some. That's the way it is and I'm definitely not appealing. We'll drive on and put it behind us."

Alan Sweetman thinks Dermot Weld can start a big week on a winning note Fairytale for Cummins as apprentice rides first Irish winner on 50-1 outsider This is all about Samcro - but will the one-time future megastar battle again? Singing Banjo calls the tune again after Punchestown festival heroics