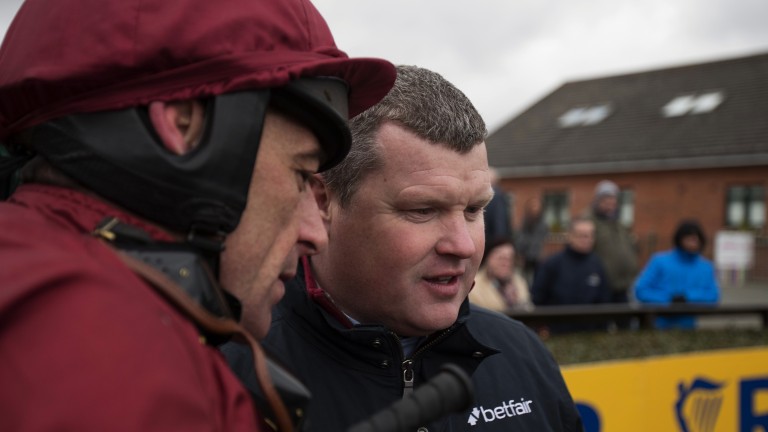 Tuesday marks the start of the Craven meeting at Newmarket but there is a bonus treat for racing fans with a cracking card at Fairyhouse.

The fixture, offering €330,000 in prize-money, is being restaged having been cancelled when the final day of Fairyhouse's Easter festival was a victim of heavy rain.

While Punchestown next week will determine the outcome of the trainers' ding-dong battle between reigning champion Willie Mullins and his big rival Gordon Elliott, the Fairyhouse riches are not to be sniffed at and will play a part in the destination of the crown.

The powerful pair could barely be separated in the Grand National at Aintree on Saturday, when the Elliott-trained Tiger Roll just clung on from Mullins' Pleasant Company, a finish as close as the trainers' title could be.

The most valuable race at Fairyhouse is the €100,000 handicap hurdle (5.50) in which Mullins is responsible for ten of the 19 runners, and Elliott four.

In all, Mullins has declared 18 horses for the card, and Elliott 15.

In the Grade 2 BoyleSports Juvenile Hurdle (4.40) the two have all seven of runners between them.

The Elliott-trained Mitchouka will be attempting to bounce back from a frustrating effort at the Cheltenham Festival, where he was pulled up in the Fred Winter won by his stablemate Veneer Of Charm, who is one of his rivals here.

Elliott said: "I'm happy to put a line through Mitchouka's run at Cheltenham as he was almost brought down early in the race.

"He's shown he likes Fairyhouse, having won three times over the course and distance, and he's in good form.

"Veneer Of Charm was disappointing over the course at Easter following his Cheltenham win and hopefully will do better this time."

Elliott added: "We also run Percy, who won at Downpatrick last time. This will be a much tougher test for him."

Saldier, fifth in the Triumph Hurdle, heads the Mullins-trained quartet.

"Considering he made a few mistakes Saldier ran quite well at Cheltenham and if he can brush up his jumping he'll have a good chance," said Mullins.

He continued: "Msassa and Saglawy both won maidens and are stepping up in grade, while Eoline Jolie, who won her only hurdle race in France, is having her first run for us. She's had a few setbacks and we're going to learn more about her."

"Asthuria's form gives her every chance and she's going there in good form," said Mullins.

Elliott, who runs Dinaria Des Obeaux, said on Monday: "We schooled her in cheekpieces this morning and she went well in them. She wears them here and is in good order."

FIRST PUBLISHED 6:00PM, APR 16 2018
I'm happy to put a line through Mitchouka's run at Cheltenham as he was almost brought down early in the race.He's shown that he likes Fairyhouse