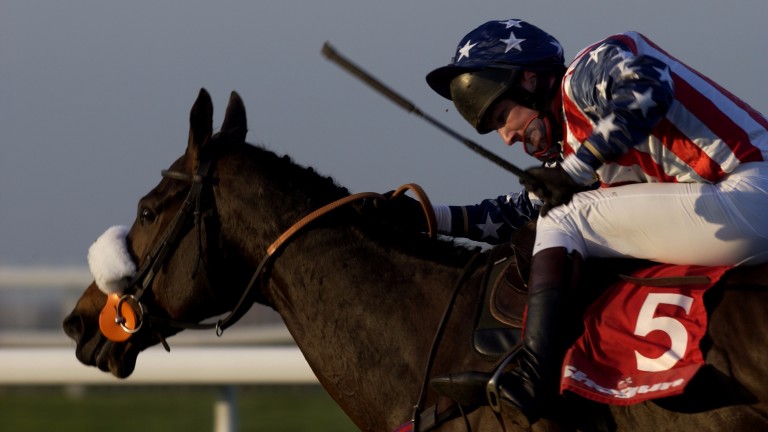 17: Robert Widger has his finest hour in the saddle on Flagship Uberalles in the 2001 Tingle Creek Chase
Edward Whitaker
1 of 1
By David Jennings 7:16PM, JUL 7 2017

The former Grade 1 and Cheltenham Festival-winning rider Robert Widger has been sentenced to two years in jail after pleading guilty to three charges of theft and possession of stolen goods.

Widger, who is 38 and now a respected point-to-point handler based in Waterford, guided the Philip Hobbs-trained Flagship Uberalles to victory in the 2001 Tingle Creek Chase at Sandown. He then regained his amateur status on returning to Ireland a few years later and won the National Hunt Chase at Cheltenham in 2004 on Native Emperor.

Widger was widely recognised as an immensely talented rider who struggled with his weight. In recent years he had forged a successful career as a point-to-point trainer in his native Waterford and sent out five winners from just 17 runners in that sphere last season.

He was also charged with unlawful possession of a stolen strimmer and galvanised lighting poles that were stolen from Waterford University Hospital, aluminium doors and windows and 60 rolls of house insulation.

He has lodged an appeal against the sentence.