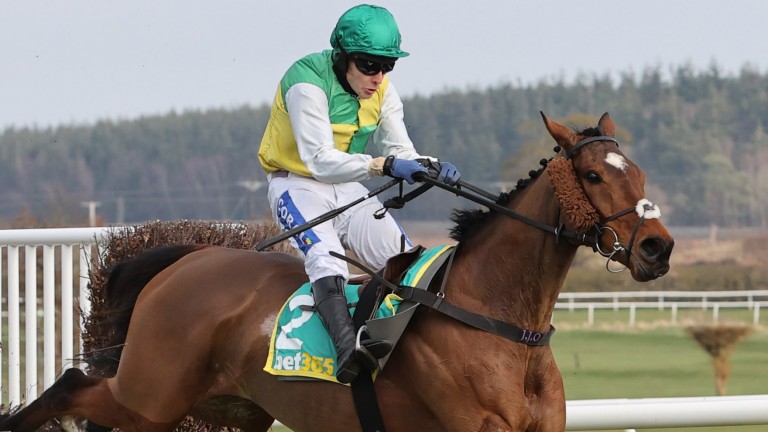 Cloth Cap advances his case to be included as a substitute in Tote Ten To Follow teams as he comes clear under Tom Scudamore in the Premier Chase at Kelso
Grossick Racing (Racingpost.com/photos)
1 of 1
6:00PM, MAR 8 2021

If things have not gone quite the way you expected for your Tote Ten To Follow jumps teams there are two ways to reinvigorate your season, with the Ten to Follow mini game for the Cheltenham Festival and the transfer window for the main game that allows you to substitute two horses ahead of the meeting.

The mini game costs £5 per stable, which you can enter here, with all stakes being redistributed as prizes and payouts going down to 500th position. In the free-to-play game (one free entry per person), the prizes include Cheltenham annual membership, tickets for Gold Cup day 2022 and hospitality tickets to this year's Leopardstown Christmas meeting.

Players have until 10pm next Monday, March 15, to submit their stables. The mini game has eight bonus festival races worth an additional 25 points for a win and 12 points for finishing second. The full list of eligible horses, scoring system and rules are available at tote.co.uk.

The transfer window for the jumps season Ten to Follow will open at 7am on Wednesday, March 10, and close at 10pm on Monday, March 15, the eve of the festival.

This is an opportunity to gain ground on your rivals or solidify your squad with so many bonus races still up for grabs, not just at Cheltenham but right through until the end of the season, including at Aintree. 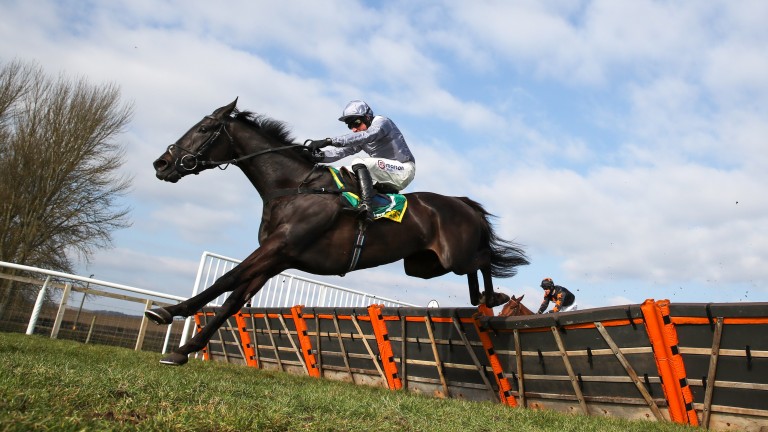 My Drogo picked up 24.4 points and sits fifth in the leaderboard following his victory in the Premier Novices' Hurdle
John Grossick (racingpost.com/photos)

With that in mind, the performance of Cloth Cap in Saturday's Premier Chase at Kelso not only strengthened his position as favourite for the Grand National, but advanced his claim to be swapped into Ten To Follow teams.

Initially picked by 195 stables, the Jonjo O'Neill-trained chaser added 17.4 points to his season's haul as he moved into joint-sixth place with Kemboy on the list of points-scoring horses this season with a total of 70.10.

Another Kelso winner with Aintree on his agenda is My Drogo, who landed the Grade 2 Premier Novices’ Hurdle to pick up 24.4 points for just five stables. He now sits in fifth place on the leaderboard of top points scorers with 70.20.

Abacadabras followers off to a flying start in pursuit of £190,000 Tote pot

FIRST PUBLISHED 6:00PM, MAR 8 2021
The performance of Cloth Cap in Saturday's Premier Chase at Kelso advanced his claim to be swapped into Ten To Follow teams