Time to rejoice as racing's festivities begin in earnest at Kempton 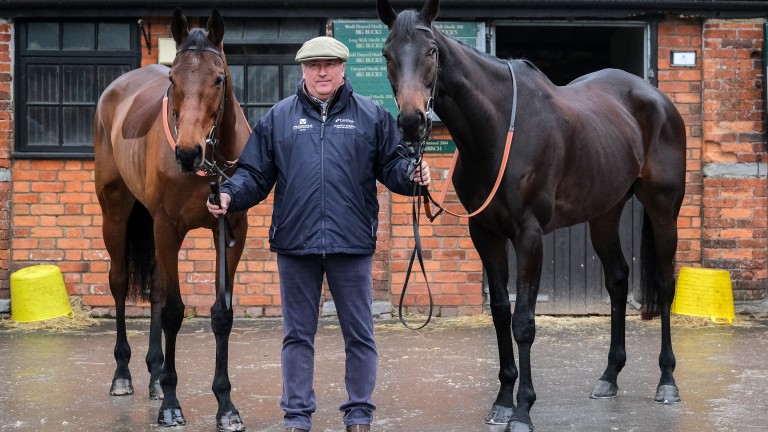 Cyrname and Clan Des Obeaux are ready for the King George VI Chase
Megan Ridgewell
1 of 1
By David Baxter UPDATED 11:53AM, DEC 26 2019

For racing fans there remains a whole host of festive treats waiting to be unwrapped. Ten meetings spread between Britain and Ireland makes for a breathless cavalcade of action but one giant present shines brightest.

Kempton's Ladbrokes-backed King George VI Chase is so often the festive highlight and this year the race has unbridled potential. Only six runners are set to do battle but they are chasers of the highest order.

Since 2006 only trainers whose surname is Henderson, Nicholls or Tizzard have been in the winner's enclosure after the King George has reached its often dramatic conclusion.

While Nicky Henderson is not represented this time, Paul Nicholls and Colin Tizzard are ready for another titanic showdown with the trainers sending leading contenders into battle.

Nicholls, who has won the race ten times, five of which came courtesy of the great Kauto Star, is in the box seat to make it 11 according to the bookmakers.

Cyrname has earned comparisons to Kauto Star by Nicholls and a horse who used to be a tearaway has successfully removed himself from the naughty list and transformed into the highest-rated chaser in Britain.

At Ascot last month the seven-year-old inflicted a first defeat over fences to Altior, who had previously seemed impregnable. Now the challenge will be whether Cyrname can dominate his rivals over three miles, a trip he is yet to negotiate.

Harry Cobden is confident Cyrname possesses sufficient stamina reserves, although the jockey was left with a sizeable dilemma as choosing Cyrname meant he had to desert last year's winner Clan Des Obeaux.

It was not a decision taken lightly, but having weighed up the duo Cobden sided with untapped potential over proven experience. It is not the first time he has faced a choice in the race and 12 months ago he was on the money when selecting Clan Des Obeaux over Politologue.

Even if Cobden has picked the right Nicholls runner, that is likely to be only half the battle given the quality of the opposition. 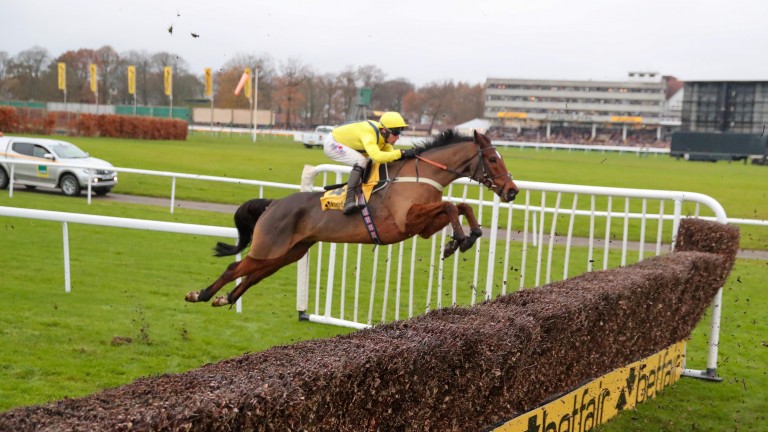 Lostintranslation has been going from strength to strength this season and the Betfair Chase hero is regarded as the most likely winner of this season's Cheltenham Gold Cup.

That race is over two and a half furlongs further than the King George trip, and there is a school of thought that three miles around Kempton may present an inadequate test.

Given Lostintranslation was winning over 2m4½f at Cheltenham at the start of the year and subsequently finished runner-up in the JLT Novices' Chase at the festival over a similar trip, there is recent evidence that could disprove that notion.

Tizzard had also been due to run last year's runner-up Thistlecrack, who was declared a non-runner due to a bruised foot. 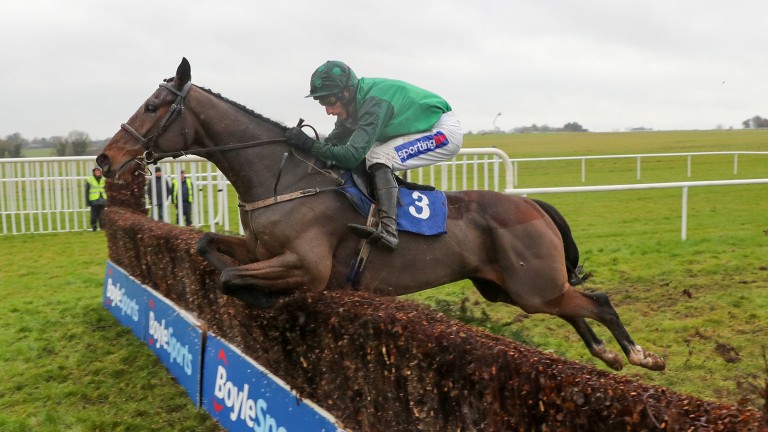 Such is the quality of this year's sextet that Footpad has been relegated to footnote, yet to do so would underestimate a multiple Grade 1 winner.

Willie Mullins was only a head away from breaking the Nicholls, Tizzard and Henderson domination of the King George in 2015 when Vautour came up just short, and Footpad is the trainer's first runner in the race since.

An easy winner at Thurles last time, Footpad has to answer the same major question as Cyrname with his stamina for three miles over fences unknown.

But Mullins is not a man to have high-profile runners for the sake of bolstering numbers, so the decision to bring Footpad over looks significant.

Completing the scintillating lineup is Aso, who may be a 66-1 chance but is officially rated 1lb superior to Footpad. 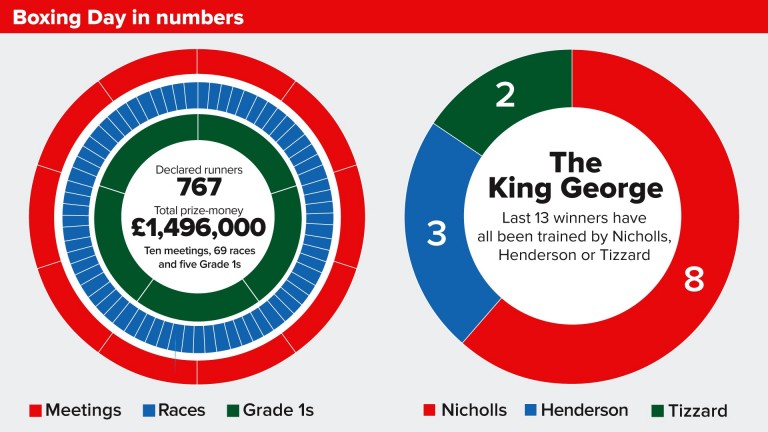 Second to Frodon in the Ryanair Chase in March when a 33-1 shot, Aso has outrun big odds before and also represents the white-hot Venetia Williams yard.

When the ground is deep, Williams-trained runners often come to the fore and 13 winners from her last 27 runners before Christmas demonstrates that the trainer has her string in tremendous form.

What else is under the tree

The King George may be the star of Thursday's show but there are plenty of other fascinating clashes to digest.

Henderson may not have a runner for this season's King George but he does have three chances to bag another Christmas Hurdle.

Despite Buveur D'Air being on the sidelines Henderson still has lots of ammunition for the two-mile hurdle division, and is seeking a ninth win in the race.

Fusil Raffles has not been beaten since joining Henderson, while fellow French import Epatante has only been defeated in Britain at last season's Cheltenham Festival.

Completing the trio is Verdana Blue, who won this race last year and is unbeaten over hurdles at the track. The mare has not been sighted since running on the Flat at Ascot in May, but she has gone well fresh before.

Throw in the Kauto Star Novices' Chase, a race that has produced subsequent Gold Cup winners, and racing fans are spoilt for choice not only on Thursday but for the whole festive period.

1.10 Leopardstown RTE2
Knight Frank Juvenile Hurdle
Apple's Jade and Espoir D'Allen are among recent winners of this race and there could be exciting sorts in the field again. Aramax is starting at a high level for Gordon Elliott having joined from France and Wolf Prince represents Espoir D'Allen's trainer Gavin Cromwell.

1.20 Kempton ITV
Ladbrokes "Where The Nation Plays" Chase
Mick Channon won this race last season with Glen Forsa, who went on to be a Grade 2 winner over fences, and the same
connections are represented again with Hold The Note. Simply The Betts is two from two as a chaser, while Roll Again was an easy winner at Ludlow last week for the in-form Venetia Williams yard.

1.45 Leopardstown RTE2
Holden Plant Rentals Novice Handicap Hurdle
A 26-runner handicap hurdle could be an early brain-teaser before the board games are broken out later in the day, but one clue could be following Tony Martin, who won the race in 2014 and 2015. Martin has two runners; Nibiru and The Mouse Doctor. 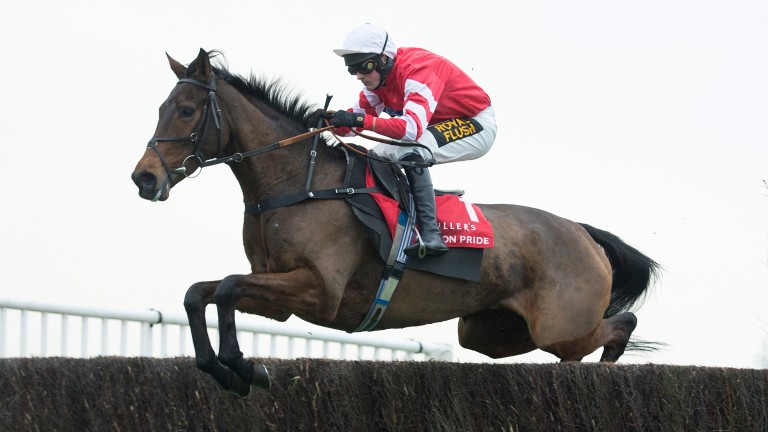 1.55 Kempton ITV
Ladbrokes Kauto Star Novices' Chase
The rollcall of past winners for this Grade 1 contains subsequent Gold Cup winners Long Run and Coneygree and is often a hugely informative race for the remainder of this season and beyond. Black Op was a Grade 1 winner over hurdles at Aintree last year and disputes favouritism with Slate House, who is likely capable of better still. Master Tommytucker and Danny Whizzbang are also intriguing.

2.10 Wetherby ITV
888Sport Rowland Meyrick Handicap Chase
It will be all eyes on Henry Brooke as he attempts to win this race for a fourth consecutive year. The jockey was aboard Lake View Lad last year and reprises that partnership for Nick Alexander. Dan Skelton is another trainer who does well in the race and this time he relies on Bennys King.

2.20 Leopardstown RTE2
Racing Post Novice Chase
A Christmas cracker awaits, with Fakir D'Oudairies, Laurina and Notebook squaring off. All five runners for the race have exciting futures over fences and it will be fascinating to see who comes out on top. 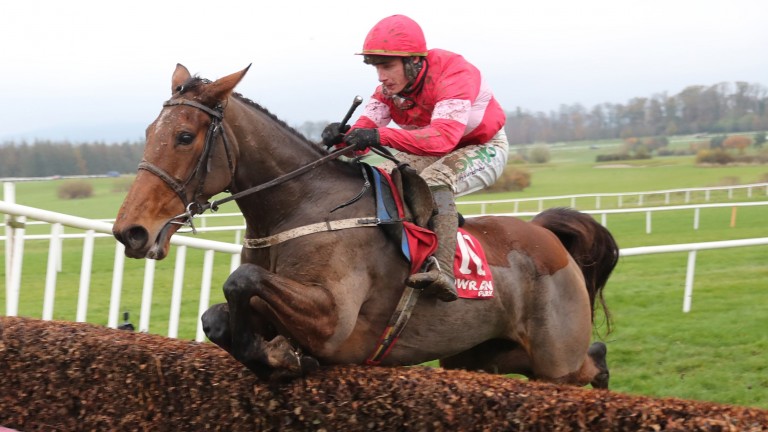 Laurina: one of the key players in a brilliant renewal of the Racing Post Novice Chase at Leopardstown
CAROLINE NORRIS

2.55 Leopardstown RTE2
"Bet Through The Free Racing Post App" Handicap Chase
Tisamystery has been the winner of this race for the last two seasons for Henry de Bromhead, and while that horse is not lining up this time, De Bromhead still has leading chances. The trainer is represented by Or Jaune De Somoza, Trainwreck and Ellie Mac.

3.05 Kempton ITV
Ladbrokes King George VI Chase
Only six runners go to post, but this is as classy a group of chasers as you could wish to find. It will be fascinating to see if Cyrname can follow up beating Altior, but the presence of last year's winner Clan Des Obeaux, Aso, Footpad and Lostintranslation ensure it will be the stiffest of examinations.

FIRST PUBLISHED 6:00PM, DEC 25 2019
Since 2006 only trainers whose surname is Henderson, Nicholls or Tizzard have been in the winner's enclosure after the King George