Latest A LIFETIME IN RACING 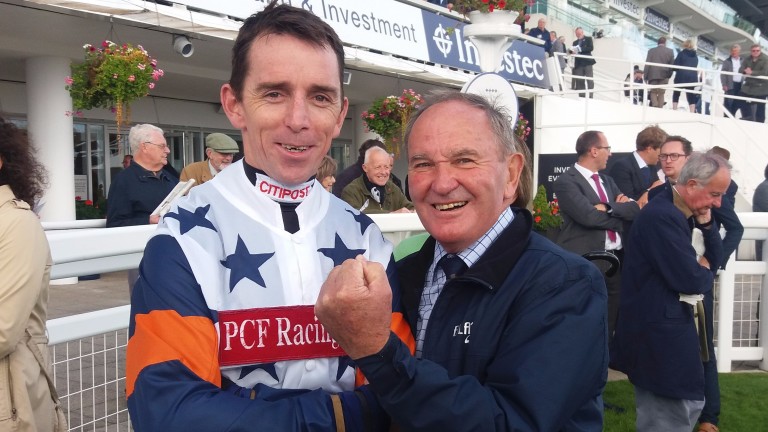 Peter Hedger, one of racing's great survivors, has saddled his last runner after bringing the curtain down on a career spanning eight decades in the sport on Sunday.

Hedger called time after C'Est No Mour, a leading light for his stable in recent seasons, finished a creditable fourth in the 1m3½f handicap at Windsor, the same course he rode his last winner at as a jump jockey when getting the better of Stan Mellor in a handicap chase in 1965.

"I've had a good innings," said Hedger, with his trademark beaming smile as he left Windsor on Sunday evening.

He will now hand over the reins at the Hampshire yard owned by his long-term ally John Whelan to former trainer Simon Hodgson, who after a three-year sabbatical is set to renew his licence.

"I'll still be involved and will give Simon a hand," Hedger added. "He's got the urge to train again and started with us in January with the idea of taking over." 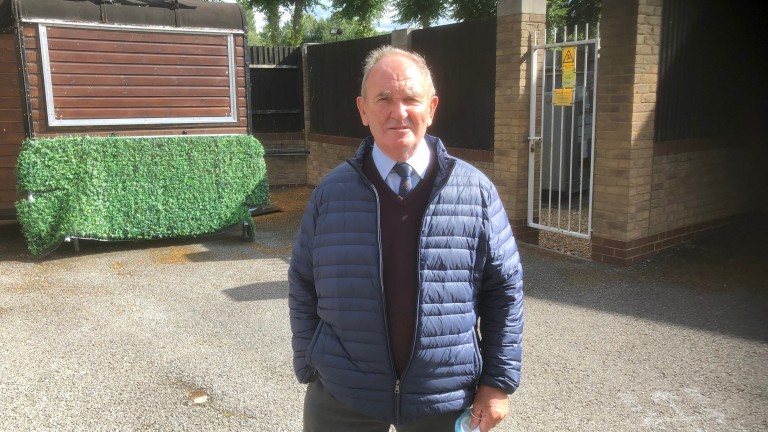 Universally respected and a friendly face on the racecourse, Hedger's journey in racing began when he left school at 15 and set about writing to trainers to ask for a job as an apprentice.

Having to do just 6st 12lb in the saddle meant his time on the Flat was short-lived and it was over hurdles, when based with trainer Syd Mercer in Lambourn, that he partnered his first winner, making all on Eastern Hope at Stratford, with great names such as Tim Brookshaw, Fred Winter and David Nicholson on the beaten horses.

From Mercer he went to work for Jack Dowdeswell, David Gandolfo and Bill Wightman, and reckons he rode 16 winners before a broken neck after a fall at Kempton in 1965 changed his career direction.

"I'd been in racing for ten years at that stage but was completely out of it for the next five," said Hedger. "Then I got involved in horse transport and had a little business in Sussex. I built that up and did all John Dunlop's transport.

"We were quiet in the winter and John said we could use his gallops so I used to buy a couple at the horses-in-training sale and play around with them. I had my first winner in 1981 at 50-1, had a few more winners under permit and then moved to Eastergate in 1985." 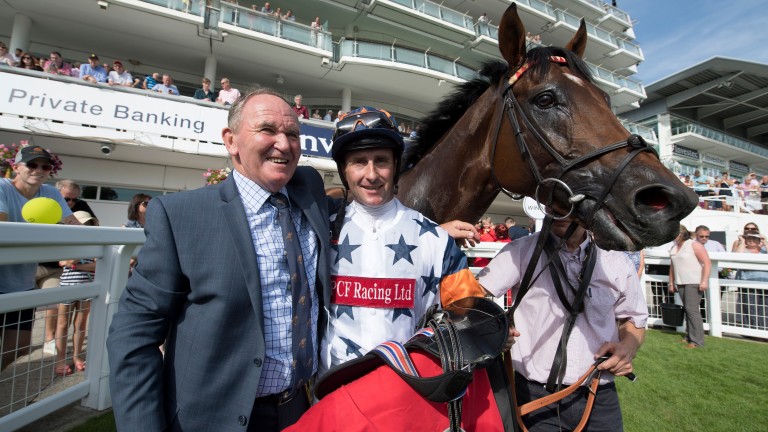 Taking out a full licence from the yard formally home to Dina Smith and on the doorstep of Fontwell racecourse, Hedger had considerable success with the likes of Kilcash, Jimmy Lorenzo and Al Asoof over hurdles before the yard's focus slowly turned to the Flat.

Veronica Franco and Brilliant Red starred for Hedger in the late 1990s, while more recently Franco Is My Name, C'Est No Mour and Silent Echo have kept his name in lights.

Hedger retains a share in C'Est No Mour, who has won two Amateur Derbys and a Jump Jockeys' Derby at Epsom since 2017, while Silent Echo has finished fifth in two of the last three renewals of the Wokingham at Royal Ascot.

Recalling his highlights, Hedger said: "Jimmy Lorenzo was one of my best hurdlers early on. Kieran Shoemark's father Ian used to ride him and he won on Boxing Day at Kempton before he went to America.

"Al Asoof was favourite for the Schweppes one year but it got abandoned so we had to take on Beech Road at Fontwell and we beat him. He was small but as honest as they come.

"Then Kilcash was unlucky in the Ladbroke Hurdle in Ireland. He met the last a bit wrong and was beaten a neck. Silent Echo would be one of the favourites though – when he gets everything right he'll win a big one."

For the past decade Hedger has been training at the yard of civil-engineering magnate Whelan – "not just the boss but a great friend" – at Dogmersfield but at 80 has decided this is the time to remove his name from the licence. 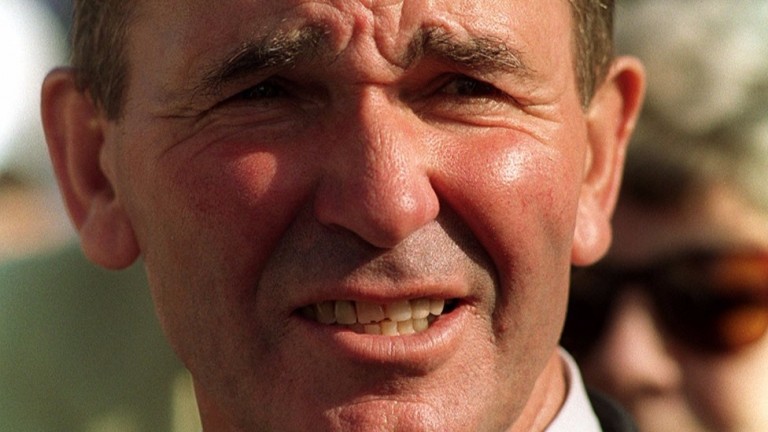 Peter Hedger: started in racing as an apprentice in 1955
Edward Whitaker

He said: "I ache a little bit here and there and get so frustrated I can't do everything I used to. After a day's driving now I have a bad back so I thought I'd let someone younger take over the reins."

C'Est No Mour and Silent Echo will be among ten horses Hodgson will inherit, and they also include an unraced two-year-old that will run in Hedger's colours.

"Simon is going to have to put up with me as an owner from now on," he concluded. "I've won three Derbys with C'Est No Mour and would love to win another before the year is out."

Mick Channon: 'They've frightened the country and expect us to go back to normal'

Frankie Dettori: 'All I wanted to do was finish my day, get in the shower and punch the wall'

Lester Piggott: 'It's nice to be popular. It's better than having stones thrown at me, anyway'

Oisin Murphy excited to see if Dragon Symbol can burn past Battaash at Goodwood Goodwood expecting bumper crowds for meeting as downpours soften ground Who do the bookmakers fear at Glorious Goodwood and Galway? Confirmed runners and riders for Tuesday's Goodwood Cup 'It's not good enough' - owners chief contacts HRI with complaint about Limerick 'He will be remembered forever here' - Greatrex pays tribute to Michael Pitt