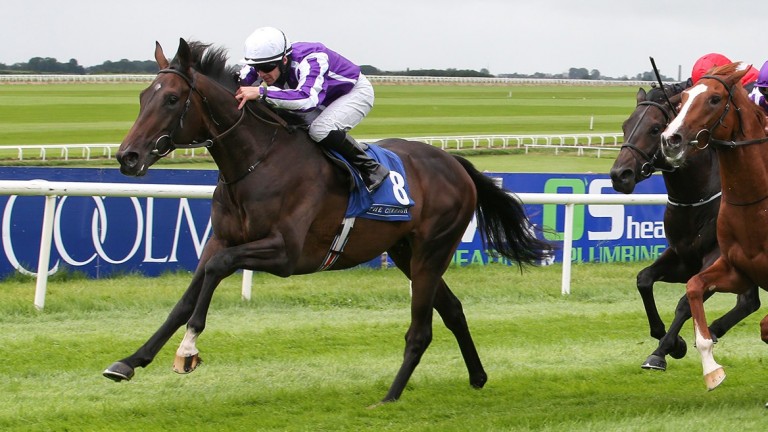 High Definition: rerouted to the Dante after missing the Lingfield Derby Trial
Caroline Norris (racingpost.com/photos)
1 of 1
By Peter Scargill UPDATED 11:07AM, MAY 13 2021

This time last week High Definition was his stable’s number one prospect for the Cazoo Derby and set to follow in the hoofprints of 2019 Derby winner Anthony Van Dyck by taking in the Lingfield Derby Trial on his way to Epsom.

However, an unsatisfactory blood test ended that plan and by Sunday afternoon he had been usurped as favourite for the Classic by his stablemate Bolshoi Ballet, who himself quickly put a stop to talk of trainer Aidan O’Brien not having a legitimate Derby hopeful.

Lingfield’s loss is York’s gain though, with O’Brien giving High Definition the all clear to compete and attempt to emulate the likes of North Light, Motivator, Authorized and Golden Horn in winning the Dante and following up in the Derby next month.

O’Brien, who also runs Roman Empire, said: “The last week has been a bit of a rollercoaster with High Definition. He seems to be in good form now and his bloods have come right, but obviously they weren't right a week ago so the preparation hasn't been ideal.

“You can't go to the Derby without a run, so we had to come here if we want to go to Epsom. We're looking forward to seeing him back out again.

“We've always liked Roman Empire, but first time out he was very disappointing at Gowran. We think it was a combination of the ground and the winner taking him on up front. We think he can leave that run well behind him.”

On Sunday we saw a horse in Bolshoi Ballet that many people think will win the Cazoo Derby, while on Tuesday we saw another in Makaloun who is a probable contender for the Prix du Jockey Club. 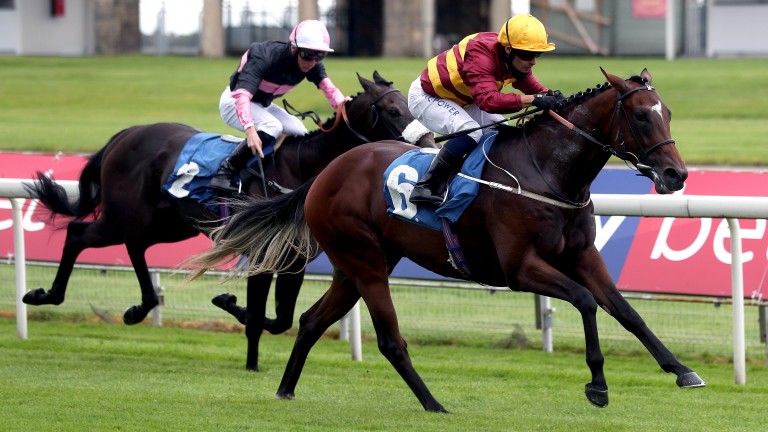 Undoubtedly both horses have Classic class, but neither were able to defeat Gear Up when taking him on in the Group 1 Criterium de Saint-Cloud last season, which makes the reappearance of the Mark Johnston-trained colt here all the more intriguing.

Also the winner of the Acomb Stakes last year, Gear Up is being treated as a candidate for next month's Derby by his Midlands-based owners Teme Valley Racing, whose burgundy and yellow hooped silks are being seen with increasing regularity in top races in Britain.

Richard Ryan, racing manager for Teme Valley, said: “It’s our first run of the season and it’s a case of seeing how he gets on and then taking it from there. Our sights are set on the Derby and we do feel he’ll be better going over a mile and a half.

“It’s a strong race and if he can be competitive and involved at the business end that’d be great, and if he could tick the box by winning that would be even better.

“He’s got a stallion’s profile and what he’s done so far is very smart, beating good horses who have come out and shown a high level of form themselves. We’re quite excited about him.”

Charlie Appleby, trainer of Hurricane Lane
We're pleased with how he's coming into this race off the back of a nice win on his seasonal return. He has come forward for that run and we feel the track and ground will suit. It’s the next test for him to see where he's going to end up over the coming months.

Thady Gosden, joint-trainer of Megallan abd Uncle Bryn
It's a competitive race. We hope the ground dries up a bit for Megallan as he doesn't want it soft. We feel this trip will suit and the plan after is to head to the French Derby. Uncle Bryn was a bit fresh when he finished third in the trial at Epsom and has improved at home since. The track will suit.

Richard Fahey, trainer of Pythagoras
I’d be delighted if he finished in the first six or seven. He’s fit and well and we’ll learn more about him here.

Roger Varian, trainer of Royal Champion
We've always liked him and he's trained nicely since his comeback in the Feilden Stakes. That run has taken the freshness out of him and we feel this track will suit. We hope he handles the ground.

2.40 York: will the 'unluckiest horse in Newmarket' enjoy a change of fortune? 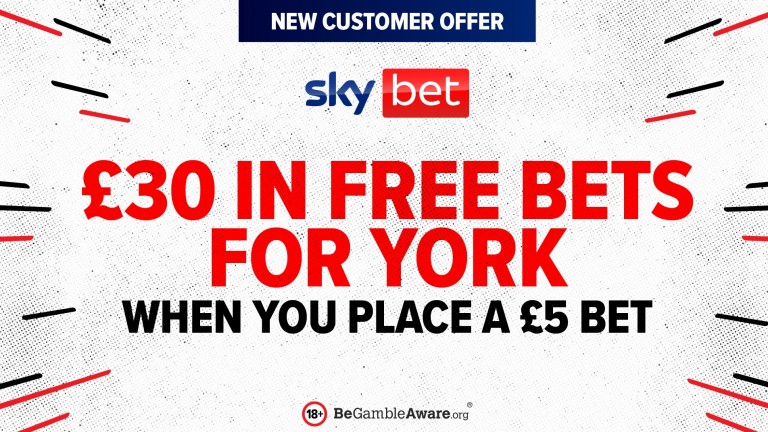 FIRST PUBLISHED 6:00PM, MAY 12 2021
He seems to be in good form now and his bloods have come right, but obviously they weren't right a week ago so the preparation hasn't been ideal

Confirmed runners and riders for the Prince of Wales's Stakes at Royal Ascot Is this Aidan O'Brien's greatest Ascot masterstroke or a total shot to nothing? York chief hopeful of bigger crowds despite likely delay to 'Freedom Day' Cheltenham, Aintree - and now Ascot? De Bromhead adds filly to Coronation mix 'She has an outstanding chance' - Mark Johnston and others on their top hopes 'He shows everything at home - he relaxes, he quickens, he gallops'