Time running out to reach deal over TRP channel 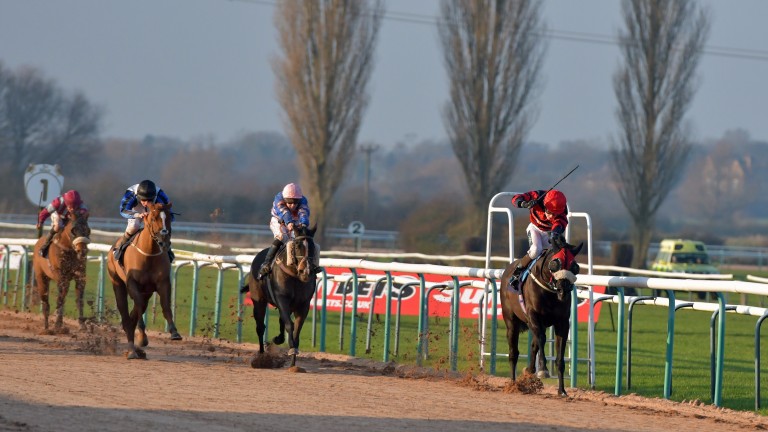 Action from Southwell on Sunday may not be available in all betting shops if media rights deals cannot be completed in time
1 of 1
By Bill Barber 5:21PM, DEC 29 2016

Ladbrokes-Coral have said they have contingency plans in place should they not complete a deal with new betting shop channel The Racing Partnership (TRP) by Sunday.

Both the recently-merged firm and Betfred have yet to agree terms with TRP, which means they could be without action from Southwell on Sunday if a deal is not done by this weekend, while they would have no British racing at all in their shops on January 9, 10 and 31 if an agreement continues to prove elusive.

From the start of 2017 action from six courses - Doncaster, Lingfield Southwell, Windsor, Wolverhampton and Worcester - will be seen only in betting shops whose owners have done a deal with TRP, which represents the 15 Arc courses and seven independents.

The remaining 16 racecourses will leave SIS to join TRP from the start of 2018.

William Hill were the latest retail chain to agree a long-term media rights deal with TRP, which means more than 4,000 betting shops in Britain and Ireland will show the service from Sunday.

However, Ladbrokes-Coral said in November the cost of TRP's proposals were "prohibitive".

Ladbrokes' David Williams said on Thursday: "We're still in discussions and are working towards finding an agreement.

"If we enter the new year without having yet reached agreement we have plans in place to mitigate this, whereby we ensure we can offer customers strong offers and provide lots of good content."

In response, TRP director Mark Kingston said they were looking forward to going live with British racing from Sunday.

He added: "We will not comment on any sensitive commercial matters but are focused on providing a compelling betting product for all retail and online betting operators."

Betfred said they would not comment on what their position was in relation to talks with TRP.