Time has forced Henderson's hand with My Tent Or Yours 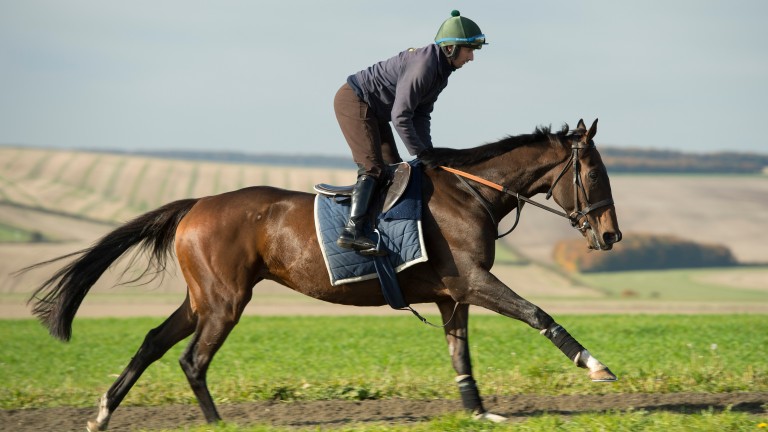 My Tent Or Yours: Henderson believes he has little option but to run him
Edward Whitaker
1 of 1
By Scott Burton 2:15PM, NOV 19 2016

My Tent Or Yours sets the class standard among four runners, having chased home Annie Power in the Champion Hurdle in March after almost two years on the sidelines.

Trainer Nicky Henderson believes he has little option to run, despite conditions going against him.

"The ground would be a considerable worry as he's not his best in it, that's for sure," said Henderson. "We know it's going to be heavy but I doubt we'd withdraw him as there's nowhere else to go. We want to get a run into him to have a chance of coming back for the International at Cheltenham and I don't want to go much later than this weekend."

Old Guard won what some may argue was not a vintage edition of the International last December and comes here off the back of a first novice chasing success.

"This is big prize-money and I could see the race cutting up a bit," said Paul Nicholls. "He's won an International at Cheltenham so to go for this is perfect for him really."

One trainer who will have been delighted to see the rain arrive on Merseyside is Jeremy Scott, whose hopes of running Melodic Rendevous in the Elite Hurdle at Wincanton a fortnight ago were dashed by the prevailing good ground.

Scott said: "Realistically we're probably hunting around for a bit of place prize-money, but the more it rains the better he will run. He would be pretty ready and, historically, his first runs of the season are up there with his best performances."

The trainer has reached for first-time blinkers for Melodic Rendevous, who was third to Irving in another four-runner affair for this prize 12 months ago.

Ch'tibello, winner of the Scottish Champion Hurdle at Ayr in April, has done most of his running in Britain on a sound surface but was third on soft ground at Newbury in last season's Gerry Feilden and has a win on heavy to his name at Compiegne in April last year.

Trainer Dan Skelton said: "He gets a bit of weight and it's a very valuable race. Unless it's waterlogged we'll be running."

FIRST PUBLISHED 6:37PM, NOV 18 2016
He's won an International at Cheltenham so to go for this is perfect for him really