Time for Alary to deliver as he faces first big test 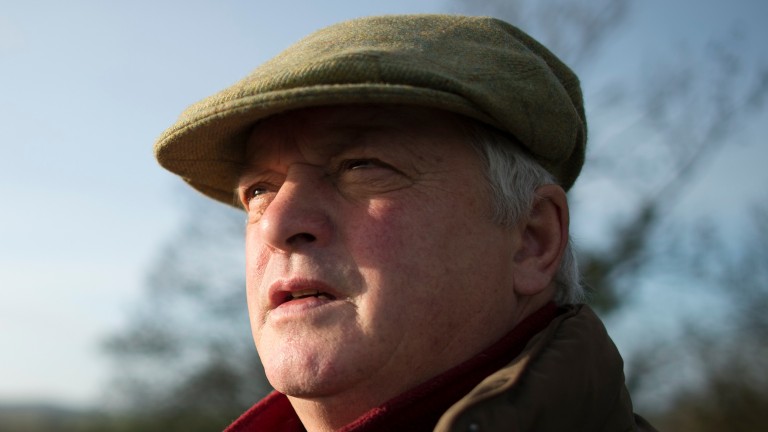 It’s time for the talking to stop. At last we will be able to make a considered judgement on the much-hyped Alary with our own eyes when he makes his British debut in Haydock’s Grade 2 Peter Marsh Handicap Chase on Saturday.

Rarely a day has gone by in recent weeks without some glowing reference to the seven-year-old French recruit, who has joined the all-conquering Colin Tizzard team after being purchased by leading owners Alan and Ann Potts.

Alary is being aimed at the Timico Cheltenham Gold Cup along with more-established stablemates Thistlecrack, Native River, Cue Card and Theatre Guide, and bookmakers are even offering prices on whether Tizzard can emulate the great Michael Dickinson, who sent out an extraordinary 1-2-3-4-5 in the festival showpiece 34 years ago with Bregawn, Captain John, Wayward Lad, Silver Buck and Ashley House.

Alary, placed in two of France’s most important jumps races last year, including a third in the 3m6f Grand Steeple-Chase de Paris –the French Gold Cup – at Auteuil in May, has been described as “out of the ordinary” by his former jockey Regis Schmidlin.

At around 3.25pm this afternoon we should know whether ante-post Gold Cup odds of 20-1 are justified as Alary faces a searching test under top weight of 11st 10lb against some richly talented handicappers such as Bristol De Mai and Definitly Red. Hot air or the real thing? Watch and find out.

Many words have also been spoken and written about prolific scorer The New One over the years.

Despite a career record of 17 victories from 27 starts – a remarkable strike-rate of 63 per cent - and total prize-money earnings in excess of £840,000 it has been fashionable to knock The New One ever since he finished an unlucky third to Jezki and My Tent Or Yours in the 2014 Champion Hurdle.

His most loyal supporter, trainer Nigel Twiston-Davies, has never for one moment doubted his stable star’s ability to win a Champion, and that remains the most likely festival target for the nine-year-old assuming he comes through his latest test in the stanjames.com Champion Hurdle Trial Hurdle with flying colours.

After registering a record-equalling third International Hurdle triumph at Cheltenham last month, The New One now has the opportunity to land a third consecutive victory in the Haydock Grade 2. Not bad for one so often criticised and denounced as overrated.

Twiston-Davies’s jockey-son Sam, who will be aboard The New One, has a big afternoon ahead of him as he also partners the tremendously exciting novice chaser Politologue for his boss Paul Nicholls and owner John Hales in the Star Sports Cheltenham Preview Evening Novices’ Chase.

Unbeaten in two starts over fences, the dashing grey produced a sensational round of jumping at Ascot to slam Rock The Kasbah by four lengths, and plenty down Ditcheat way appear to consider him the real deal. 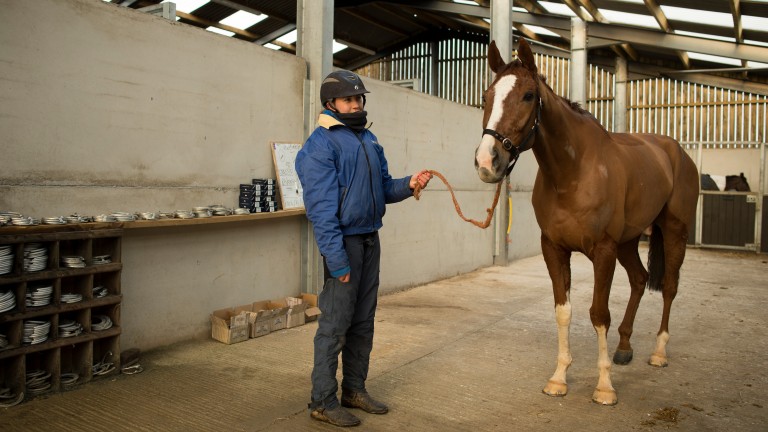 Jezki, who has been sidelined with tendon trouble since memorably beating Hurricane Fly in Punchestown’s Ladbrokes World Series Hurdle in April 2015, returns to action in the Race Displays Event Signage Hurdle at Navan.

The nine-year-old, who is being prepared for a crack at the Sun Bets Stayers’ Hurdle, had been expected to make his comeback at Leopardstown over Christmas, but trainer Jessica Harrington was forced to rule him out after the eight-time Grade 1 hero suffered a minor setback.

It will be great to see Jezki back doing what he does best in a race which also contains the admirable 11-year-old Carlingford Lough, conqueror of Djakadam, Don Poli and Cue Card in last April’s Punchestown Gold Cup.

The Cheltenham Festival may still seem a long way away, but it’s only a week until Trials Day at Prestbury Park and then just a matter of 45 days until the annual four-day feast begins on March 14.

Several bubbles are sure to have been well and truly burst before then, while other reputations will have been enhanced.

I wonder which will apply to Alary after the Peter Marsh.

FIRST PUBLISHED 2:39PM, JAN 20 2017
Bookmakers are even offering prices on whether Tizzard can emulate the great Michael Dickinson, who sent out an extraordinary 1-2-3-4-5 in the festival showpiece 34 years ago