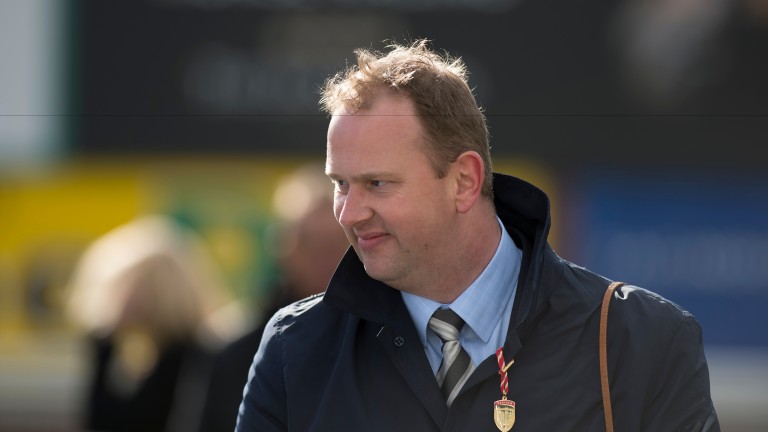 Thundering Blue was sent off a well-supported 6-1 favourite for last season’s Cambridgeshire, but a wide draw proved his undoing and he returns to action in the Investec City And Suburban Handicap over 1m2f (3.55) where he has drawn stall one.

His trainer David Menuisier is confident the five-year-old is forward enough to do himself justice but is adamant he will improve for the outing and will then be aimed at some of the big summer handicaps or conditions races.

Menuisier said: “He was a big improver last season and seems in good form at home, but he’ll definitely come on for the run. I hope he’s fit enough as all our horses are likely to be better for their first runs. 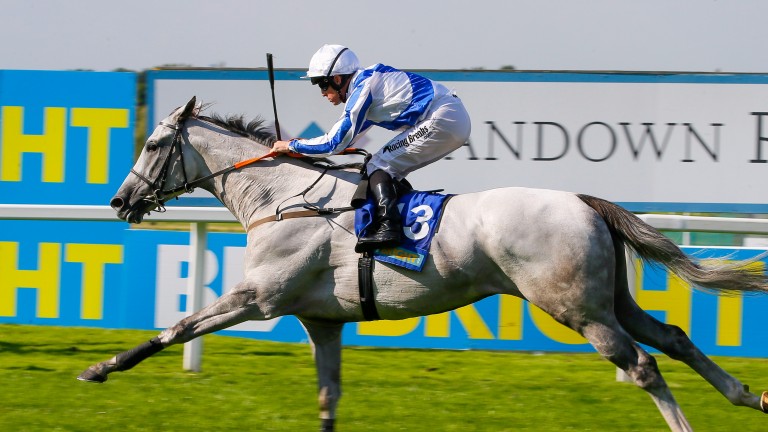 Thundering Blue, a Group horse in the making, will start favourite for the Cambridgeshire
Mark Cranham

"There are not that many options for him and I have a little question mark over the track, even though he’s won there in the past – he edged right on the camber when winning and most horses seem to go the other way.”

Of the grey being turned over in the Cambridgeshire, Menuisier added: “He was beaten by circumstances more than anything else as he found himself in no-man’s land from his high draw on the far side and did well to be beaten only three lengths or so in seventh place.

The trainer said: “He’s dropping back to a mile and a quarter but will get a mile and a half this season. He’s a very nice horse, but is entitled to come on for the run.”

Richard Hughes is now in his fourth term with a trainer’s licence and is hopeful Golden Wolf can get off to a winning start in the Investec Corporate Banking Great Metropolitan Handicap (3.20).

Hughes said: “He’s as fit as we can get him at home and ended last year an improving horse who got better with every step up in trip.

“When he got beaten at Epsom by Whinging Willie [who reopposes] last October it was tough conditions for a relatively inexperienced horse. 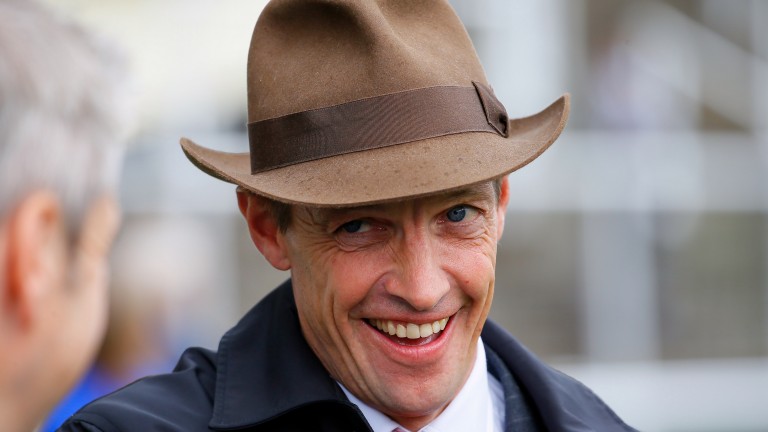 Richard Hughes: on his fourth season with a licence
Mark Cranham

"He’s related to Yeats so if he gets two miles later on in the year he could be an exciting prospect as he shows plenty of pace and if you have speed and stamina that is a valuable asset for any horse on the Flat.”

Epsom has proved something of a lucky course for the Andrew Balding-trained Lorelina as she has won on the undulating track twice in the past and made the frame in her other three starts. Balding says she has been working well and is hopeful of another good run.

Fit Lord bids for another win under Morris

Fitness is a vital asset at this time of year and the Michael Attwater-trained Just That Lord has no worries on that score as he comes into the Investec Asset Finance Handicap (2.10) at the top of his game.

The key to the five-year-old appears to be jockey Luke Morris as his record in the saddle aboard Attwater’s charge is three successes and four placed efforts from as many rides, including a couple of recent all-weather wins.

FIRST PUBLISHED 6:00PM, APR 24 2018
There are not that many options for a horse like him and I have a little question mark over Epsom, even though he has won there in the past

Oaks second Mystery Angel could head to Goodwood in search of Group 1 win 'I'd work another 15 years as hard as I could to have one more day like that' Bolshoi Ballet 'very sore' as O'Brien points to hind leg nick after Derby flop How Kirby defied false perceptions and his own body to become a Derby hero All-weather to all-conquering: Kirby rises to occasion to become a Derby hero 'He's my favourite' - Oh This Is Us finally lands first Group win for Hannon