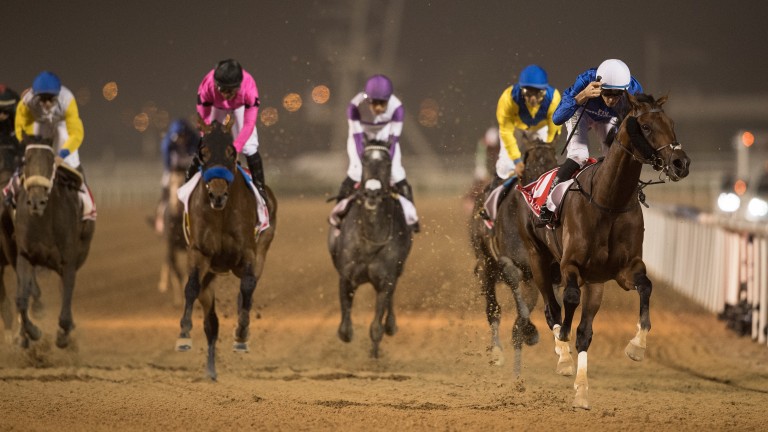 No horse has ever won the Dubai World Cup twice. Last year's winner Thunder Snow has the opportunity to create history for Sheikh Mohammed and Godolphin but his prospects of retaining the $12 million prize were significantly dented when he drew stall 12 of 13.

Thunder Snow broke from stall ten of ten last year, but there is likely to be more pace in the race this time and it will be difficult for Christophe Soumillon to get across to the rail and dictate the pace as he did last year.

Saeed Bin Suroor, the most successful trainer in the race with eight victories, conceded the draw was not ideal but believes the five-year-old has come on a lot since finishing a distant second to the reopposing Capezzano on his reappearance.

Bin Suroor said: "This has been his target since the Breeders’ Cup in November. The plan was always to wait for Super Saturday – when he pleased us – to put him spot on.

"We've been very pleased with his work and he's in great form. We would have preferred a lower draw but he was drawn wide last year."

Will North America get to the front?

North America trailed home last of all 12 months ago, but he blew the start and was unable to stride on as has become his trademark.

He has started alertly on both outings since, winning well, and his position at the head of the market strengthened after he secured a favourable draw in stall three. However, Capezzano, another who likes to dominate, is on his inside. Whoever wins that battle to the lead could prove decisive, and rider Richard Mullen believes his mount is in pole position.

He said: "I think North America has more natural speed than Capezzano, so I hope that will leave us in front to dictate and use the huge stride he has in the back straight."

Can Capezzano back up an incredible effort?

Capezzano has won all three starts this year and taken his form to another level. The five-year-old took apart a mile handicap by 14 lengths in January and then pulverised Thunder Snow by nine and a half lengths in a Group 1 over this course and distance on Super Saturday.

The obvious question mark is whether that relentless front-running performance just three weeks ago has taken anything out of Capezzano, but trainer Salem Bin Ghadayer, who also saddles Gronkowski and Axelrod, is happy with his leading contender.

He said: "This horse could be anything. I always felt he would go further than a mile. I knew it wouldn’t be a problem for him and he’s absolutely ready."

Belmont runner-up Gronkowski was fifth to Capezzano on his debut for the yard and will be ridden by Oisin Murphy. Bin Ghadayer added: "Gronkowski’s fifth in his prep race was really him running on his class because he was only about 80 per cent fit, but now he's fully ready for the race."

Alex Sano, son of Antonio Sano, trainer of Gunnevera
We think [stall] number one is going to help him a lot, those in two and three are speed horses and are going to be going for the lead, and we are going to be saving ground on the inside. 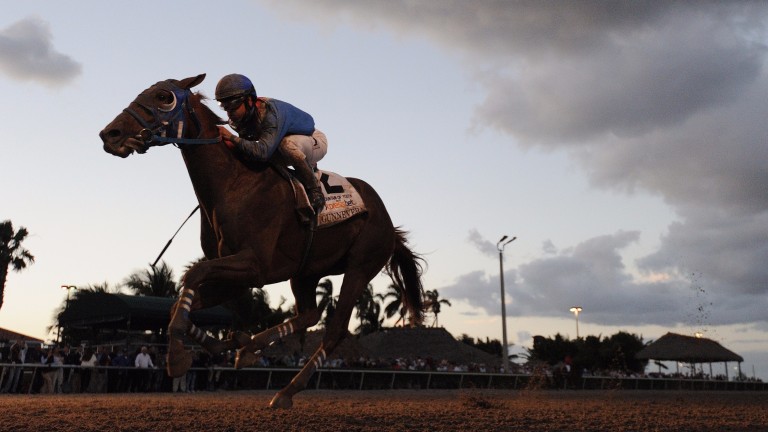 Todd Pletcher, trainer of Audible
The track on Pegasus World Cup day definitely was one where you wanted to be inside if you could. From his post, he was never really able to work himself inside. I thought, despite that, he tried hard and ran a creditable race.

Mike Smith, rider of Seeking The Soul
He's going a mile and a quarter for the first time but the best part of his races have been at the end. If I can map out a smooth trip, give him every opportunity to sustain his run, I think he's not without a really good chance.

Bill Mott, trainer of Yoshida
When he won the Grade 1 on the dirt at Saratoga, he showed a tremendous turn of foot in the last 400 metres. He's a big, hearty horse who gets over the dirt very well.

FIRST PUBLISHED 6:00PM, MAR 29 2019
We would have preferred a lower draw but he was drawn wide last year