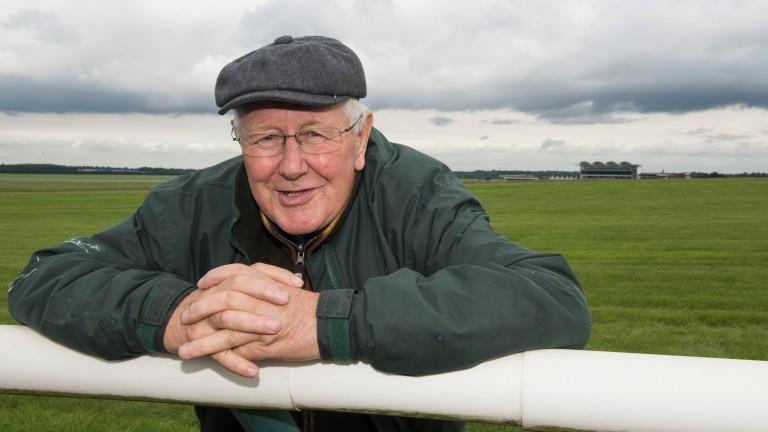 David Elsworth believes he may have a Pattern-race performer in Somethingthrilling, but first he wants to take advantage of a potentially lenient handicap mark in this valuable £16,500 contest.

Lightly raced mare Somethingthrilling has run in conditions races the last twice, finishing third behind some highly rated rivals at Lingfield in November before winning in impressive style at the same course last month.

Based on the form of either race connections of Somethingthrilling could have expected a mark higher than 91, so the daughter of 2005 Oaks runner-up Something Exciting is likely to be a warm order in the market.

Coillte Cailin and Amber Mystique carry a 6lb penalty having both won in the last ten days.

Likely favourite Somethingthrilling is the only runner who has yet to run at Wolverhampton.

David Elsworth, trainer of Somethingthrilling
Our claimer Josh Bryan rides as he has won on her before and he's very good value for his 7lb. The handicapper has been very kind to us as she was only a head behind a horse rated 108 at Lingfield two starts ago, but I'm not complaining. This filly is capable of getting some black type but everyone is skint after Christmas so we thought we'd get a few quid out of her first!

Gay Kelleway, trainer of Stosur
She went off too hard last time but she's in great form and there's good prize-money here so it's worth a go. She tries hard and is never out of the money but David's mare [Somethingthrilling] will be difficult to beat – she could be different class.

Kristin Stubbs, trainer of Amber Mystique
She's in good form and battled well to win at Lingfield last time. She's a genuine filly and there could still be a bit more to come.

David Simcock, trainer of Gleaming Girl
She probably hasn't got a lot of leeway from her mark but she ran right up to her best in a similar event last time and I was delighted with her. The top two [Somethingthrilling and Coillte Cailin] are probably the ones to beat.

Stan Moore, trainer of Threebagsue
She's won two of her last three starts and is in good form. She's tough and consistent and she can be competitive - she'll keep them honest.

FIRST PUBLISHED 6:00PM, JAN 5 2017
This filly is capable of getting some black-type but everyone is skint after Christmas so we thought we'd get a few quid out of her first!