Latest DEATH OF A STAR 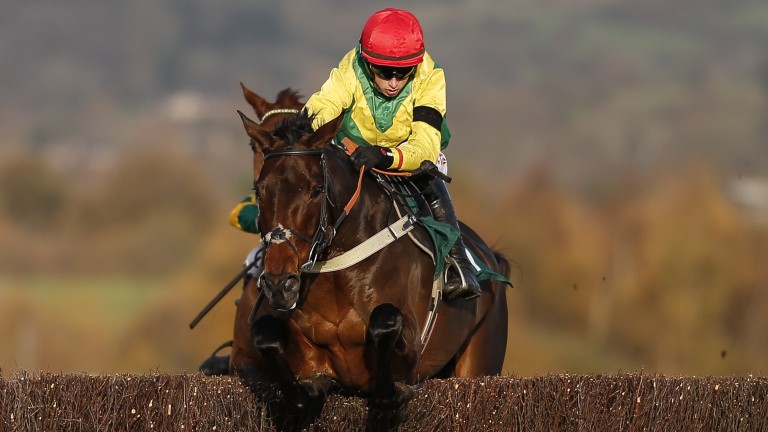 Robbie Power led the tributes on Tuesday following the death of three-time Grade 1 winner Finian's Oscar due to complications after an attack of colic.

The rising star landed the Manifesto Novices' Chase at Aintree last season and also claimed the Mersey Novices' Hurdle at the same track in 2017, while his other Grade 1 success came in Sandown's Tolworth Novices' Hurdle.

Power, who partnered him to both Aintree Grade 1 triumphs, said: “He was a very, very good horse, and very tough.

“What he achieved last season was unbelievable, really, and we were looking forward to the next one with him as he had so much potential.

“He won the Grade 1 novice chase at Aintree and I thought he was coming to win the race at Punchestown when carried out before the last.

“Finian’s Oscar had got his confidence over fences at that stage, and the Hennessy [Ladbrokes Trophy at Newbury] was going to be his early-season target.

“These things happen with horses, but it’s very sad.”

Finian’s Oscar, a £250,000 purchase after winning a Portrush point-to-point in October 2016, made an explosive start to his career for Tizzard in the colours of Ann and Alan Potts.

The son of Oscar won his first four starts over hurdles and looked destined for super-stardom when slamming Capitaine by five lengths in the Grade 1 Tolworth Novices’ Hurdle at Sandown in January 2017.

He landed the Grade 1 Mersey Novices’ Hurdle at Aintree on his penultimate start that season before losing his unbeaten record by a short head to Bacardys in Punchestown’s Grade 1 Champion Novice Hurdle.

Sent straight over fences last autumn, he made a solid start with novice chase victories at Chepstow and Cheltenham prior to disappointing behind Sceau Royal in Sandown’s Grade 1 Henry VIII Novices’ Chase.

Following wind surgery he returned to land Aintree’s Grade 1 Manifesto Novices’ Chase by two lengths from Rene’s Girl and was last seen running at the Punchestown festival, where he was involved in the dramatic finish to the Champion Novice Chase won by The Storyteller.

Approaching the last fence, Finian's Oscar had moved into a challenging position and appeared to hold every chance of victory until carried out by Al Boum Photo. 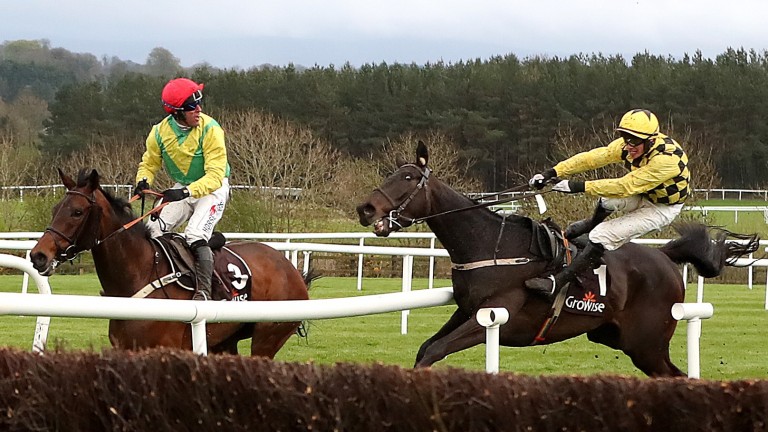 Al Boum Photo (Paul Townend) veers right off course and takes out Finian's Oscar
Niall Carson
It proved to be the final race of a career in which he achieved so much in such a short time, but promised to scale even greater heights over the coming years.

If you were interested in this you should read:

Tizzard: Finian's Oscar as good as ever for return to hurdling in Cleeve

FIRST PUBLISHED 1:16PM, JUL 10 2018
What he achieved last season was unbelievable, really, and we were looking forward to the next one with him as he had so much potential