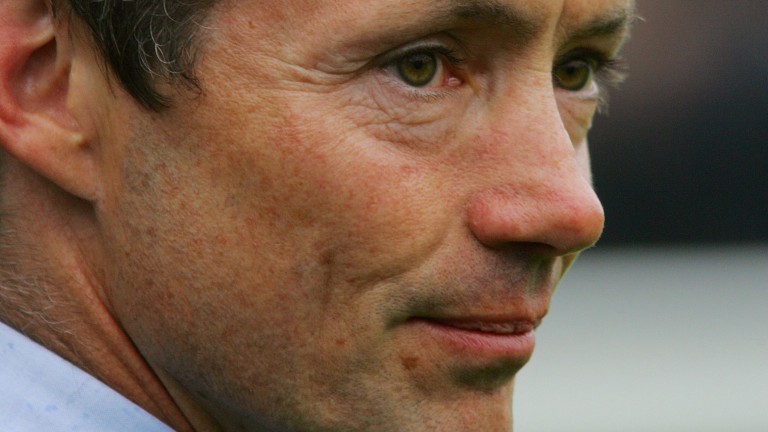 Walter Swinburn, one of the finest jockeys of his generation who will forever be associated with brilliant Derby winner Shergar, has died peacefully at home at the age of 55.

Nicknamed the Choirboy, Swinburn memorably steered the Sir Michael Stoute-trained Shergar to an emphatic ten-length success in the Derby as a 19-year-old in 1981, the first of three wins in the Classic.

Stoute said: "Walter was a most natural horseman with great hands. He had the right temperament for the big days and he thrived on them. He also had great positional sense in a race which stood him in good stead.

"We enjoyed many great days together but I would say our first Derby together with Shergar, when he was just 19, was an obvious one. I think Pilsudski winning at the Breeders' Cup was also up there as it was our first win at Breeders' Cup. He'll be much missed."

Born in Oxford, Swinburn rode his first winner, Paddy's Luck, on July 12, 1978 at Kempton but gained considerable exposure for his winning ride on Shergar, easing the winner down before the line.

Winner of the Prix de l’Arc de Triomphe and Breeders’ Cup Turf among many other top-level prizes in a highly successful riding career, Swinburn enjoyed the many highs and lows in the life as a jockey before starting out as a trainer in 2004, winning four Group 3 events with Stotsfold before handing in his licence in 2011.

Swinburn almost died after being catapulted into the running rail at Sha Tin, Hong Kong, in 1996, suffering multiple injuries, including a punctured lung, and was in a coma for four days.

Riding a horse called Liffey River, sporting blinkers for the first time, Swinburn was thrown to the ground and also suffered a shattered shoulder blade, fractured collarbone and broken ribs.

A measure of the man is that he returned to action within six months. Swinburn was back on the track, and in the winner's enclosure, after Turf success aboard the Sir Michael Stoute-trained Pilsudski in November 1996, but after suffering problems with his weight he announced his retirement from the saddle in 2000.

After a riding career that also included Classic-winning stars such as Sayyedati, Musical Bliss, Hatoof and Doyoun, Swinburn, who was arguably one of the greatest riders not to be crownedchampion jockey in Britain, opted to join the training ranks.

Training predominantly for his father-in-law Peter Harris in Hertfordshire, Swinburn celebrated more than 250 winners in seven seasons, including Royal Ascot success with Royal Hunt Cup scorer Julienas, before calling it a day five years ago due to commercial reasons, breaking the news of his retirement in a letter to owners stating it was a decision taken with "much regret".

Washington DC International winner All Along (1983)

FIRST PUBLISHED 12:26PM, FEB 10 2017
Swinburn memorably steered Shergar to an emphatic ten-length success in the Derby as a 19-year-old in 1981, the first of three wins in the Epsom Classic