Three runners worth looking out for on the all-weather tonight 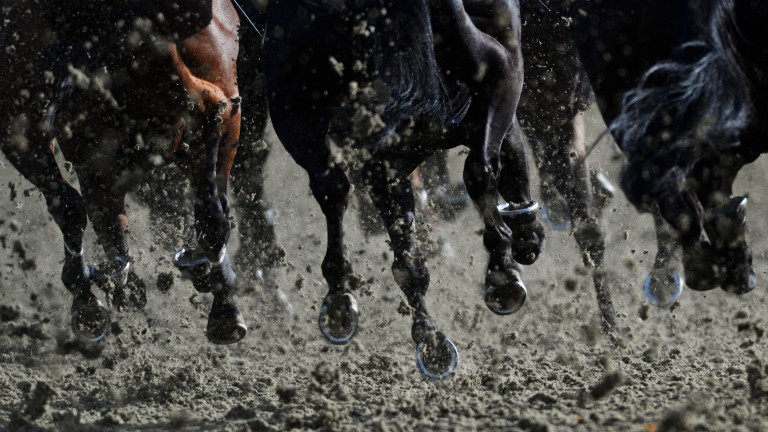 Fans of the all-weather have plenty to sink their teeth intothis evening with eight-race cards at Newcastle and Dundalk. The action kicks off at 5.10 at Newcastle and both meetings are on At The Races. Here are three runners worth noting

This son of Raven's Pass holds an entry in the Group 1 Vertem Futurity Trophy Stakes at Doncaster, which tells you all you need to know about the esteem in which he is held by connections.

The two-year-old made a promising debut at York eight weeks ago for Keith Dalgleish, finishing fifth in what looked a hot maiden, and looks a major player on his all-weather debut in the novice auction stakes.

This four-year-old filly is making up for lost time with two wins in her last three starts on the all-weather, including as 11-10 favourite over course and distance last time.

Counter Spirit was given a 6lb rise for that victory, but still looks likely to land trainer Ismail Mohammed his fifth course win of the season in the mile fillies' handicap.

Trainer Michael Halford sent out a four-timer at the track last week, including Ahlan Bil Zain, who is a standout in division two of the 7f handicap a week on from his win.

The four-year-old has crept in at the top of the weights and, once again benefiting from Ben Coen's claim, can establish himself as a useful handicapper.

Keep up to date with all the action fromNewcastle withRaceday Live

FIRST PUBLISHED 3:22PM, OCT 19 2018
The two-year-old made a promising debut at York eight weeks ago and looks a major player