Three runners who take the eye at Dundalk and Newcastle 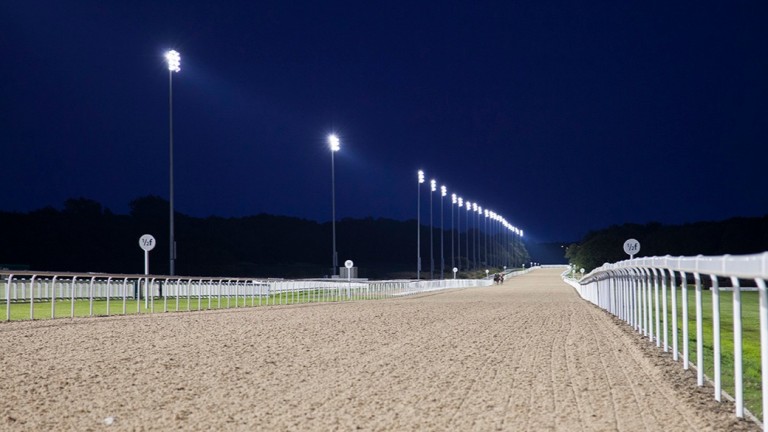 Racing takes place under the floodlights at Newcastle on Friday
Paul Stephen
1 of 1
By Jack Haynes 3:00PM, JAN 12 2018

Attention turns to the all-weather on Friday evening with Dundalk and Newcastle staging 14 races from 5.00pm to 8.30pm. Here are three horses to keep an eye on during the action . . .

The Ger Lyons-trained Glastonbury Song has won on two of his three starts at Dundalk, losing his unbeaten record at the track when a highly creditable second sporting blinkers for the first time in a handicap last month.

That was a return to form for the four-year-old, who had been running in competitive events throughout last year and has a favourite’s chance in the Sun BETS Race worth €25,000.

It is by no means a straightforward task with Captain Joy, Beach Bar and Russian Soul among his talented rivals, but Glastonbury Song appears the one to beat.

The feature £11,500 conditions stakes at Newcastle has attracted a field of four following Jallota’s omission, although three of the runners have solid claims in a tight renewal.

My Target is the one to beat on official ratings and Amazour is a dual course winner, but the most intriguing runner is the lightly-raced four-year-old Brittanic.

David Simcock’s Excelebration colt has shown his best form at Newcastle, winning twice and not beaten far in a fair handicap at the track last month, and is open to improvement compared to his rivals.

County Roscommon trainer Adrian Joyce makes the trip to Newcastle with Blastofmagic, who finished a narrow second at Lingfield just two days ago.

The four-year-old looked the winner for most of the home straight at the Surrey track before being headed in the final stride by Something Lucky.

Nevertheless, it was a marked improvement on his first two starts for Joyce and the grey son of Hellvelyn, formerly trained by David Dennis, should go one better in the finale at Gosforth Park.

FIRST PUBLISHED 3:00PM, JAN 12 2018
The four-year-old looked the winner for most of the home straight at the Surrey track before being headed in the final stride by Something Lucky