Three runners who catch the eye at Kempton this evening 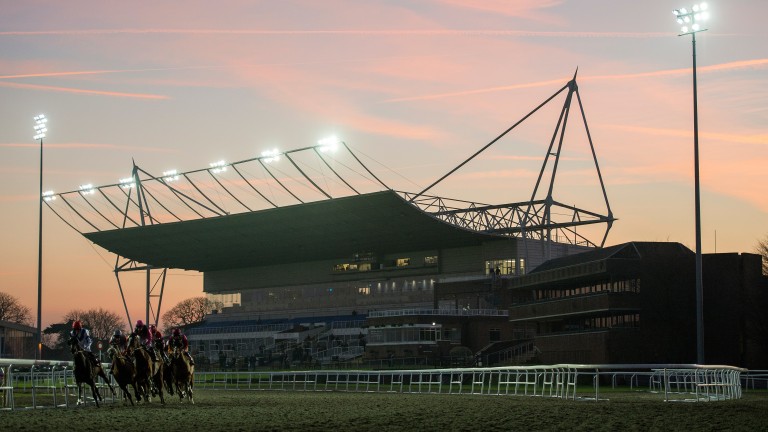 Hopefully Kempton will not encounter the same trouble asChelmsford last night for their eight-runner card. It looks an interesting meeting with some well-bred juveniles heading to Surrey. . .

The famous purple and white silks ofDerrick Smith & Michael Tabor arenot a particularly familiar sightat Kempton but they have an interesting representative in this competitive mile maiden. This Luca Cumani-trained daughter of Australia, and out of a US Group 1 winning dam, made a promising debut when fourth at Doncaster and could improveon her second outing in an open race.

This horse's form figures read 41 on the all-weather, having won in really impressive style at Wolverhampton in July.

He is only 7lb higher thanwhen scoring by four and a half lengths that day and should go well for trainer Kevin Frost and connections.

Mark Usher's three-year-old is a consistent horse who certainly deserves to win a race after a number of close efforts. Hewas twice second at Chelmsford earlier in the year and has been no more than two lengths off the winner in his last three starts. He carries bottomweight, has a good draw and it could prove 13th time lucky.

FIRST PUBLISHED 2:35PM, NOV 14 2018
She comes from an excellent Juddmonte family and should be able to go one better tonight.