Three runners to note under the lights at Kempton 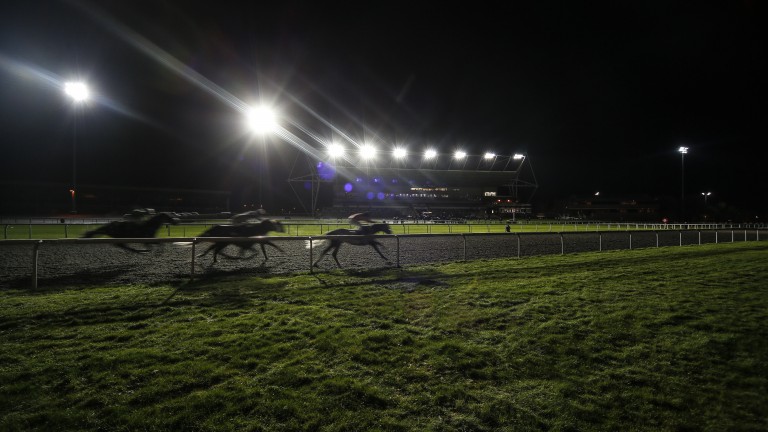 If you have been left feeling breathless after a relentless afternoon of racing, then it is time to get your second wind as there is an evening of all-weather delights to dip into at Kempton. Here are three runners to note.

Although winless at two, Alicia Darcy did show a fair degree of promise on the second of her three starts, when outrunning odds of 40-1 to finish fourth in the Listed Empress Fillies' Stakes over Newmarket's July course.

Her other two starts were nowhere near that standard, but it is entirely possible she has improved for a 218-day break, and if running close to her official mark of 81, should take some stopping.

Harlow won on debut at Newcastle in March 2017 when still with Hugo Palmer and four starts later joined Tony Martin in Ireland but failed to make an impression.

There were signs of encouragement last time when the five-year-old made his debut for Ian Williams at Wolverhampton, where he was well backed and shaped encouragingly, finishing fifth over 1m1½f. There could be more to come if he sees out this evening's longer 1m4f trip.

A course-and-distance winner last October, Always A Drama performed with credit when third under a penalty at Lingfield last month.

She returns to Kempton for her handicap debut and an opening mark of 66 does not look harsh. She should have more to offer.

FIRST PUBLISHED 2:40PM, FEB 16 2019
She returns to Kempton for her handicap debut and an opening mark of 66 does not look harsh