Three questions that will be answered in the Oaks 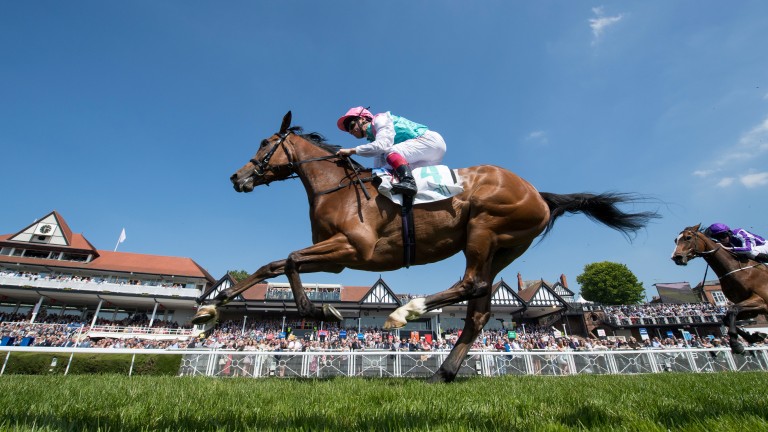 How good was Frankie's ride at Chester?

Enable and Alluringly came nine lengths clear of the rest in the Cheshire Oaks and the former got the better of their private argument by an easy length and three-quarters. On that basis the case could be made for her being closer to Rhododendron than the market implies.

Even reasonably well-run races at Chester call for a level of tactical flair more suited to a velodrome. In the case of the Cheshire Oaks, it was undoubtedly Dettori who got the better of Moore, seizing first run and claiming the inside. Moore's attempt to bridge the gap seemed to tell on his mount at the death.

How much difference did it make? It is hard to say. If it turns out to have been negligible, Rhododendron and Moore will not have it all their own way.

Has the rush been worth it with Natavia?

Natavia does not need to be here. Owner Khalid Abdullah already has Enable giving him a strong representation in a race he has won only once, 20 years ago with Reams Of Verse.

Furthermore, Natavia made her debut only in mid-April (she was beaten) and trainer Roger Charlton did not exactly give off the impression she has always been destined for the Oaks after she readily won a Listed race a month later. "Ideally I'd like to run her over a mile and a quarter again" were his words.

It is hard to avoid the conclusion that the Oaks, for which Natavia has admittedly been entered all along, came back on the table only recently. It is a bold move, as well as a firm endorsement, from connections who have no need to rush such a promising middle-distance filly.

Is Horseplay ready to show everything?
Sectional times set out to tell the viewer fairly precisely what a horse could have done by running more efficiently, but as yet no one could pretend to have properly quantified what a free-going horse sacrifices. That is what makes Horseplay so appealing to some. She was clearly too green to show her all in the Pretty Polly Stakes, pulling most of the way, but she won.

She will need to be more professional against top-notch fillies, while this step up in trip brings its own pitfalls for a horse who might not settle.

Precocity is a requirement in the Oaks. Many high-level fillies with a middle-distance pedigree are not up to showing it in early June of their three-year-old season. It seems that Horseplay has the talent to compete, but the question is whether she is learning enough to be ready for the Oaks.

FIRST PUBLISHED 9:58AM, JUN 2 2017
Even reasonably well-run races at Chester call for a level of tactical flair more suited to a velodrome