Three of the best: the horses that showcased a serious talent 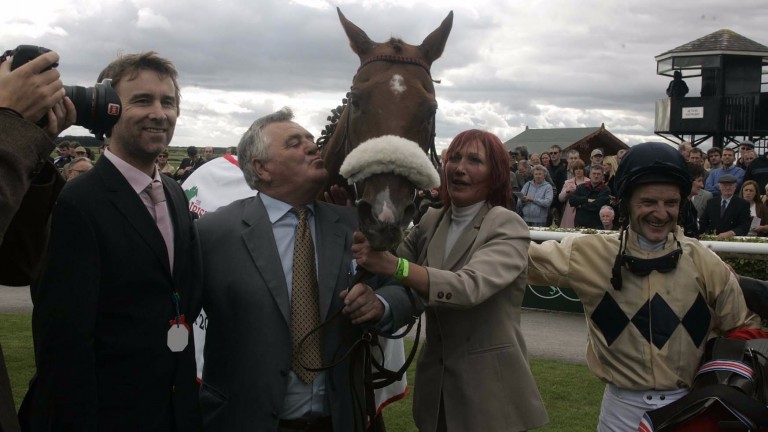 Formal Decree
There was not much encouragement to be gleaned from his two-year-old career, with six winless runs scant return for the €43,000 paid for Formal Decree at the Baden-Baden Yearling sales. But after being gelded in the off-season Formal Decree began to climb the ratings at some rate of knots, completing a hat-trick when picking up a valuable Newmarket heritage handicap in June under Jamie Spencer.

Formal Decree showed he remained competitive off his new mark of 97 in two decent efforts at Beverly and Newbury before turning the 2006 Cambridgeshire into a procession when reunited with Spencer, beating Blue Bajan by four lengths.

As if to prove the point that it takes a Group performer to win that particular race, Formal Decree went on to be placed in several good races when transferred to Godolphin, including the Jebel Hatta, Rose of Lancaster Stakes and Grosser Dallmyer Preis.

Collier Hill
Formal Decree’s Cambridgeshire success came during a remarkable spell for Swinbank, whose stable star Collier Hill was enjoying a memorable farewell tour which would culminate in victories on three continents in his final three starts.

He was bought unraced out of John Gosden’s yard having been bred by George Strawbridge and scored first time up in a Catterick bumper at the age of four.

Eleven further starts on the Flat that year brought steady progress, but it was at five Swinbank really began to unlock Collier Hill’s potential, landing the Old Newton Cup at Haydock

After a winter experimenting over hurdles, Collier Hill found his true vocation in September 2004, when sent to Taby racecourse in Sweden to land a first foreign prize, the Group 3 Stockholm International Cup, which he would win again two years later.

In 2005 came a third place in the Dubai Sheema Classic and further Group-race wins in Cologne and in the Irish St Leger.

The best was saved until last the following year when the now eight-year-old Collier Hill finished in a blaze of glory, going on from Stockholm to land the Canadian International and the Hong Kong Vase, by which time he had racked up £2.3 million in prize-money. 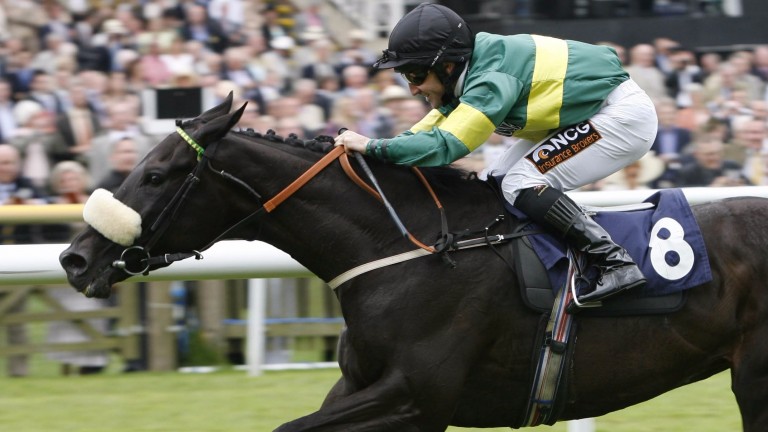 As Mick Fitzgerald alluded to on ITV Racing on Thursday, Swinbank was always a man to be feared with his bumper horses. He ran up a remarkable sequence of five successes in that sphere with James Nelson’s homebred mare Turbo Linn, culminating in the valuable Aintree Mares’ Bumper at the Grand National meeting under Tony Dobbin.

Swinbank then had the daring to test Turbo Linn’s speed on the Flat and, after justifying odds of 1-12 to shed her maiden tag at Catterick by ten lengths, took a swing at Group 2 company straight away.

After Haydock’s big meeting at the beginning of July was lost the Levy Board stepped in to sponsor the restaged Lancashire Oaks at Newmarket, at the end of which Turbo Linn and Neil Callan “stormed clear in tremendous style” to use the Racing Post's close-up comment.

As if to underline her talents Turbo Linn returned to Newmarket 20 days later to make light of her Group-race penalty.

FIRST PUBLISHED 4:44PM, MAY 18 2017
Collier Hill enjoyed a memorable farewell tour which would culminate in victories on three continents in his final three starts