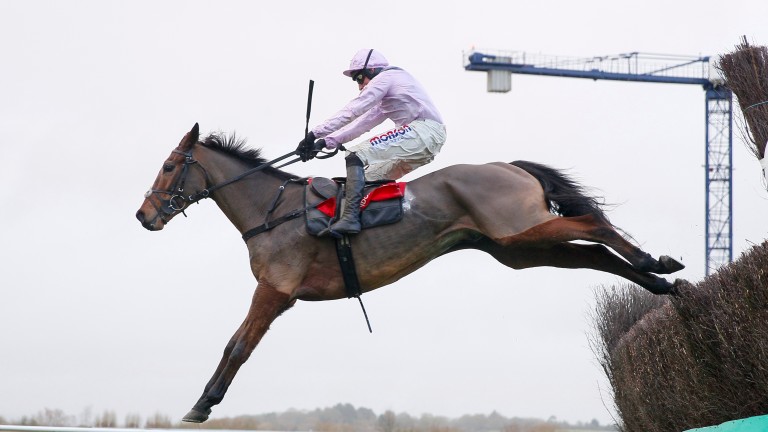 A number of comeback trails converge just off the A15 in Lincolnshire on Wednesday afternoon, where half of the six runners in this feature are bidding to put various episodes behind them.

Top rated in the contest is one of those, Three Musketeers, who is out to recapture last season's level of form that culminated in his fourth in the JLT Novices' Chase at Cheltenham.

Both he and topweight King's Odyssey failed to complete last time, while at the other end of the weight scale, Hester Flemen returns after more than a year off with injury.

Of those with a number rather than a letter before their name, Kilcrea Vale accounted for the useful Zamdy Man on his chasing debut at Ludlow last month and trainer Nicky Henderson is cleaning up in this division.

The first running of this 12 months ago went the way of Aso, who went on to finish a respectable fifth to Douvan in the Racing Post Arkle at the Cheltenham Festival.

Evan Williams, trainer of King's Odyssey
He ran a bit flat last time and since then he's missed a couple of bits of work after catching himself on top of a boot and suffering a puncture injury. We were going to wait until Cheltenham next week but we needed to get another race into him. He'll come on for the run but we're not worried if he doesn't win.

Harry Skelton, rider of Three Musketeers
We're hoping he can recapture his best form as he ran below par before unseating me at Newbury last time. We had hoped he could build on his comeback that day, as he had the previous year, so we were scratching our heads a little. He's down in grade and hopefully that will help.

Charlie Pogson, trainer of Cusheen Bridge
He has a bit to find with some of them but he likes it around there and that can boost your chances by 5lb or 6lb. There are a few front-runners in there and hopefully if they take each other on it could set it up for us. Hopefully he'll be in the money.

Nicky Henderson, trainer of Kilcrea Vale
There are more experienced horses than him in the race but we've always thought he would make a chaser and he won nicely at Ludlow. He ran well at the track over hurdles so hopefully he'll run equally as well over fences.

Nicky Richards, trainer of Hester Flemen
We were pleased with the way she won on her chasing debut at Catterick but less pleased when she picked up an injury after it. The handicapper wasn't keen on giving us a mark just yet and she really needs three miles, but there isn't anything else suitable just now.

FIRST PUBLISHED 6:00PM, JAN 17 2017
We had hoped he could build on his comeback that day as he had the previous year, so we were scratching our heads a little