Three horses worth keeping an eye on during tonight's action 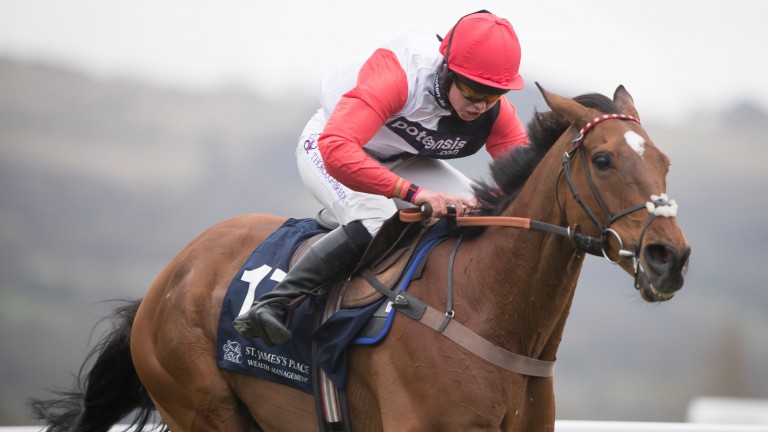 Bryony Frost and Pacha Du Polder en route to victory in the Foxhunter at Cheltenham
Patrick McCann
1 of 1
By Stuart Riley 6:58PM, JUL 18 2017

Unless T20 cricket or women's tennis is your thing, you are probably at a bit of a loose end for sportto watch this evening. You need not start another middling boxset you then feel compelled to stick with through to its disappointing finish, here are three horses to enjoy instead.

Cheltenham Festival-winning jockey Bryony Frost has her first ride as a professional in the second race at Worcester for bossPaul Nicholls. Yes he carries a penalty as a chase winner, but that is largely negated by Frost's 5lb claim –and as she proved when winning the amateur rider's Gold Cup that she is value for it.

Perhaps more importantly though is the fact that while even-money favourite Knight Of Noir is clearly in good form with two wins over hurdles on his last two starts, he is zero from three over fences and is yet to get within 20 lengths of the winner over the larger obstacles. He may not be capable of denying Frost a dream start to her new career.

It may be a Tuesday in the middle of summer but that does not mean it is only Cheltenham Festival-winning jockeys that are in action.

Rock The World, winner of the closing race of the 2017 festival –the Grand Annual –lines up in the feature race on day two of the Killarney festival.

Since his Cheltenham success, Rock The World has finished fourth to Fox Norton in a Grade 1 at the Punchestown festival and second in a Grade 3 over three and a half furlongs further at today's course.

Still trained by Jessica Harrington but now owned by JP McManus, the drop in trip could help him reward his new owner with a first success in the green and gold.Freewheelin Dylan
8.50 Killarney

Dermot Anthony McLoughlin saddles an interesting runner in the lucky last at Killarney in Freewheelin Dylan.

The five-year-old is having his first start out of pointing or hunter chase company in the closing novice chase, but he is yet to finish worse than second in a race he has completed.

He is an 11-year-old who has recorded a Racing Post Rating of 151 at his peak and was third in the Champion Hunter Chase at Punchestown two starts previous –so it is form that withstands close scrutiny. Could Freewheelin Dylan be up to novice company? Find out at 8.50pm.