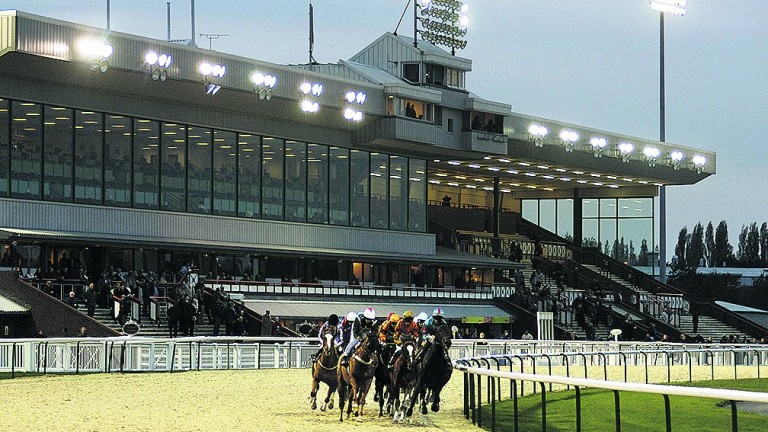 Wolverhampton helps keep the show on the road on Wednesday
Jon Winter
1 of 1
By Andrew Dietz 3:45PM, FEB 7 2018

The all-weather action keeps the show on the road in Britain today with Wolverhampton picking up the baton from Chelmsford with an eight-race card. We pick out three horses it should pay to follow . . .

The Richard Guest-trained four-year-old can build on an encouraging return to action nine days ago in the opening novice stakes.

Off the track since winning a Thirsk maiden in September 2016, the son of Equiano showed promise when finishing third in a good quality contest last time.

Providing the bounce factor does not come into play on this quick turnaround, he should be in with a big shout.

Oliver Stammers is back for more after stealing the show five days ago when steering this five-year-old to victory on his first ride under rules.

Having struck in an apprentice race, Ravenhoe has no penalty to contend with as Stammers takes on his seniors in the second division of the 1m½f handicap.

The front-running tactics that served the pair so well last week might be repeated as there is no obvious opposition for the lead.

The talented five-year-old has made up for lost time with two victories since the start of the yearafter returning from a mammoth layoff stretching all the way back to September 2015.

Rated highly as a juvenile,Kelly's Dino has been described by trainer Karl Burke as possessing loads of ability and there looks like there is more to come.

It will be no easy task with the in-form Maratha and returning Now Children in opposition, but Kelly's Dino should go close in his bid for a hat-trick.

FIRST PUBLISHED 3:45PM, FEB 7 2018
He has been described by trainer Karl Burke as possessing loads of ability