Three horses to watch out for at Wolverhampton tonight 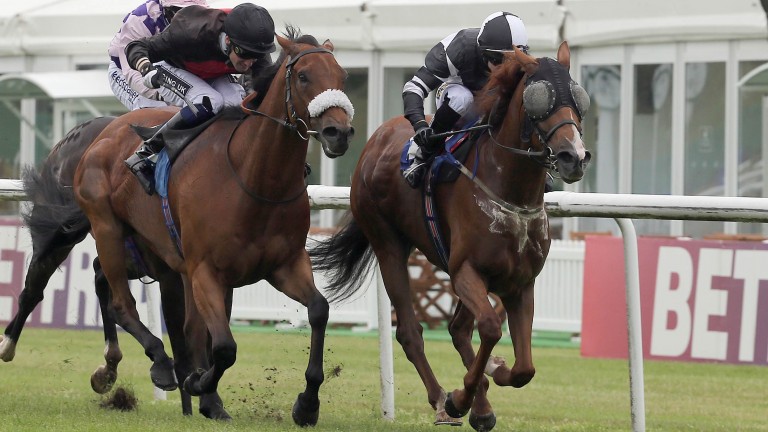 A Monday evening at this time of the year generally means Wolverhampton and a bumper eight-race card at Dunstall Park gets under way at 5.10. We pick out three horses it should pay to follow under the lights.

Star Archer6.10
Connections opted to bypass the Winter Derby Trial and wait for a return to this track, following a successful comeback from a 15-month absence over course and distance last month.

With Palmer having half an eye on the Winter Derby, the son of Champs Elysees can be competitive off a mark of 90 on his handicap debut.

Tha'ir8.10
The former Royal Ascot winner has found his level of late, particularly at Wolverhampton where he has achieved form figures of 212.

Mick Appleby has carved out an excellent reputation with other people's cast-offs and it looks like he is starting to work his magic with this eight-year-old.

A repeat of last week's second here to an unexposed rival should suffice in what looks a slightly weaker race.

Outlaw Torn8.40
An all-the-way winner of an apprentice race at Newcastle last week when given an enterprising ride by Connor Murtagh, the nine-year-old has won twice and been beaten a neck twice on his last four starts.

He's only 1lb higher for his most recent wide-margin victory and has the ideal draw in one if connections decide to repeat the aggressive tactics.

With this veteran in such rude health, he has to be high up the list.

FIRST PUBLISHED 1:38PM, FEB 12 2018
With Palmer having half an eye on the Winter Derby, the son of Champs Elysees can be competitive off a mark of 90 on his handicap debut