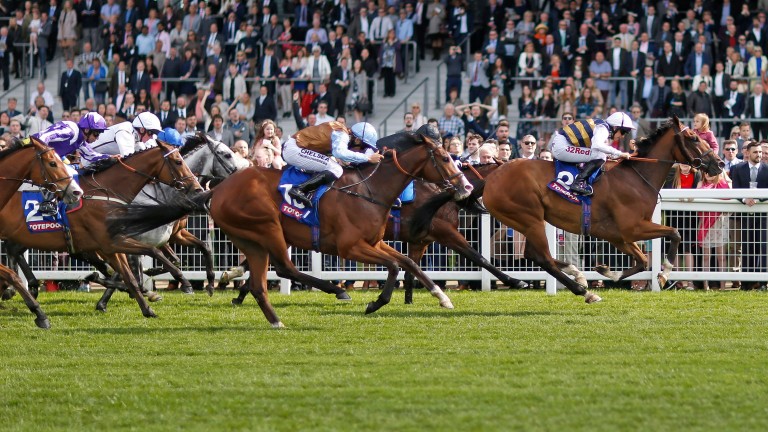 Following a busy afternoon, there's no let up in the action with two Flat turf fixtures from Lingfield (5.40) and Doncaster (5.55) shown on At The Races. We pick out three it could pay to follow

King Of Scotland
The Hughie Morrison-trained three-year-old took a step forward on his maiden form when winning on hishandicap debut at Leicester last month and a 4lb rise might not stop him going in again.

Before the start of the day's racing, Morrison had struck with twoof his last three runners and 3lb claimer Charlie Bennett has also been among the winners.There should be plenty of improvement to come from the Rip Van Winkle colt over the 1m3½f trip on just his second start on turf.

Eccleston
The handicapper might have taken a chance dropping the David O'Meara-trained sprinter another 2lb following a mid-division finish in a stronger race at Haydock.

Although he is far from a frequent winner –just four victories from 32 starts –Eccleston has run four solid races this season and soft ground at Doncaster will be right up his street.The form of his unlucky fourth behind Pipers Note at Ripon two starts ago reads well and the topweight can register his fifth success.

Express Lady
Justified market support to win on debut in a course-and-distance maiden and given a fair opening mark of 73 for her first start in a handicap. Trainer Hugo Palmer, who has his yard in good form, rates the filly and although she might be the most inexperienced runner in the field, it looks a contest well within her capabilities.

FIRST PUBLISHED 3:55PM, JUL 1 2017
He has run four solid races this season and soft ground at Doncaster will be right up his street