Three horses to look out for from the evening meetings 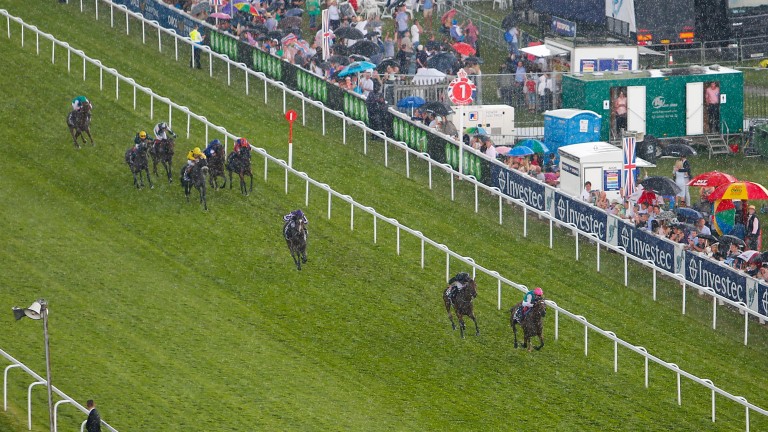 Today's headline meeting comes from Salisbury, but there are three evening fixtures to keep you entertained, including jump racing at Bangor (Racing UK), where the action starts at 5.50. Kempton's all-weather fixture (Racing UK) begins at 6.10, while Gowran Park's card (At The Races) is due to start at 4.55. Here are three runners to look out for . . .

Alluringly
6.30 Gowran Park
It is no surprise Making Light is the market leader given she is trained by Dermot Weld, who has won this four times in the last eight years. However, Aidan O'Brien's Alluringly was good enough to finish third to Enable in the Oaks and although she has not gone on from that, she is the one to beat on official figures and on Racing Post Ratings.

Lieutenant Gruber
7.20 Bangor
No jump racing for nine days may not have amused Dan Skelton, who has had a spring in his step and his string in super order this summer. He makes the most of the sport's return with eight runners on the day and odds-on favourite Lieutenant Gruber can add to the trainer's Newton Abbot afternoon gains by making light of a double penalty.

Karam Albaari
9.10 Kempton
A 33-1 winner on his debut at Kempton in 2010 and a creditable sixth in that year's Racing Post Trophy, Karam Albaari has delivered a handful of wins since then, including at Lingfield in January. That was off 5lb higher and he will be ridden for the first time by Jamie Spencer, who will still be flying high after riding his 2,000th British Flat winner on Saturday.

FIRST PUBLISHED 3:38PM, AUG 16 2017
No jump racing for nine days may not have amused Dan Skelton