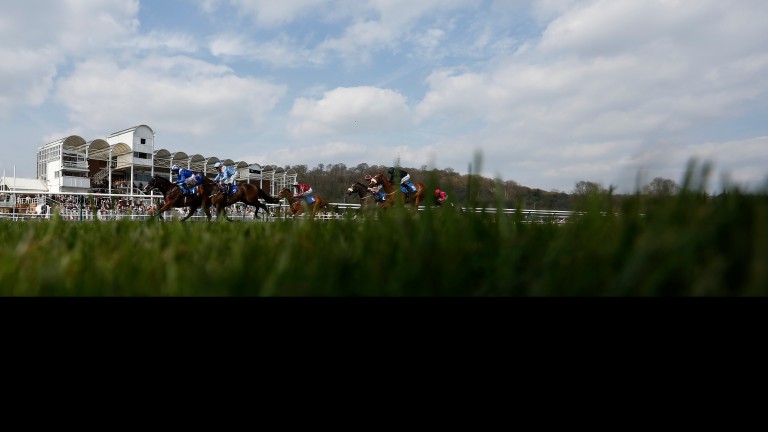 Nottingham racecourse: could stage three divisions of a two-year-old maiden next Wednesday
Alan Crowhurst
1 of 1
By Graham Dench 7:08PM, NOV 3 2017

The BHA has given permission for the mile maiden for two-year-olds at Nottingham on Wednesday to be run in three divisions.

It would be an unusual occurrence, but the B & M Installations Maiden Stakes has attracted a bumper entry of 64, and the move will be allowed so long as 35 or more stand their ground at the 48-hour declaration stage and no other race that is eligible for division is oversubscribed.

Clerk of the course Jane Hedley said on Friday: "It's a real boon for us at Nottingham to have the inner track, as we'e able to provide fresh ground.

"It's a narrow track that we use for only three fixtures at the start of the season and two more at the backend, and we used it for the first time this autumn last Wednesday.

"We don't water it all summer and so we're able to provide a sound surface and fresh ground at either end of the season.

"I'm delighted with the entry. We programmed only six races knowing there was a strong chance of divisions but the other races don't have an abnormal entry and so the BHA has proactively asked us if we'd be happy with splitting the maiden three ways, which we're very happy to do."

Saeed Bin Suroor, John Gosden and Ralph Beckett are all multiple recent winners of the race, and all three look set to be well represented again.

Gosden, who introduced Derby and Arc winner Golden Horn in a similar race three years ago, has made no fewer than eight entries.

FIRST PUBLISHED 7:08PM, NOV 3 2017
We don't water the inner track all summer and so we are able to provide a sound surface and fresh ground at either end of the season