Thornton out for longer than expected but insists he'll be back 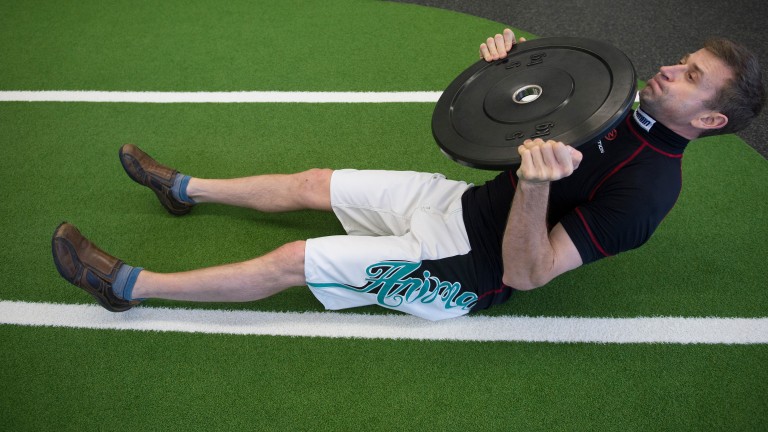 Gold Cup winner Andrew Thornton is likely to be out of action for a further four months after it was revealed he is to undergo anterior cruciate ligament surgery on his knee on Tuesday.

Thornton suffered the injury in the winner’s enclosure after he secured his long-awaited 1,000th win on Kentford Myth at Wincanton on Boxing Day.

While Thornton admits he will be looking to his future while sidelined, he still intends to quit the saddle on his own terms.

He said: “I am having ACL reconstruction on Tuesday and will be off for around four months, but I will be coming back. Anyone who thinks I won’t doesn’t know me.

“People will say I’m a stubborn old goat and they might be right, but with an injury like this I need a goal to focus on to get myself back fitter, stronger and better.

“I’ve spoken to Seamus [Mullins] and he says he’ll have some ready when I return. He didn’t even ask the question.”

Thornton believes the ligament problem explains why his knee gave way when he turned to talk to connections after dismounting at Wincanton.

He explained: “The reason the injury happened was because the ACL collapsed and the cartilage gave way. If you saw me you would think I was as sound as a pound but Mr Hunt, a knee specialist in York’s Nuffield Hospital, said I needed it doing because the ACL is basically not doing any kind of a job.

“It’s not an operation you take lightly, as they have to take a bit off the back of the hamstring and attach it to the cruciate, but while I’m all right in a straight line it’s just not functioning.”

Thornton will not be idle while recuperating. He said: “I’ll be in hospital for one day and then on crutches for a few more, but then after that I start the rehab. I’m already booked to work for Radio 5 Live at Cheltenham and Aintree and I’ll be at both meetings.

“I’m not stupid though and while the goal is to get back and ride, I will be planning for the future while I’m off.”

FIRST PUBLISHED 3:39PM, JAN 20 2017
People will say I'm a stubborn old goat, and they might be right, but with an injury like this I need a goal to focus on to get myself back fitter, stronger, better