Andrew Thornton takes the final four rides of a near 30-year career in the saddle at Uttoxeter on Wednesday, including Edward Elgar for Caroline Bailey in a race named in his honour, the Andrew Thornton Congratulations On Your Retirement Handicap Hurdle (2.10).

The Cheltenham Gold Cup-winning jockey, who partnered his first winner in November 1991, is happy he has made the decision to quit race-riding as he prepares for the next stage of his life.

“I’m looking forward to tomorrow,” he said on Tuesday. “It’s an honour to have a race named after me – particularly as I'm still alive!

“It’s much appreciated. I’ve never been lucky enough, like Leighton Aspell, to have a fan club for the last ten or 15 years! It’s a nice touch.”

Thornton has plenty of work in racing to occupy him when he hangs up his boots and is ready for a life away from the saddle.

“My wife Yvonne is more nervous about me retiring than I am,” he said. “She’s known me since I was five and knew how much I wanted to be a jockey right from a young age. She's worried about how I’ll handle it when I’ve packed up.

“It won’t be a complete shock to the system, though. I’ve eased my way out. I’m in a fortunate position in that I'll have plenty of other things to do in racing.”

Thornton added: “It’s going to be an emotional day. It'll be great to have all my mates and family there, and it’s nice to be retiring at Uttoxeter.

“I’ve always liked Uttoxeter and it’s been one of the most improved tracks since I started riding. The improvements over the last 25 years have been tremendous.” 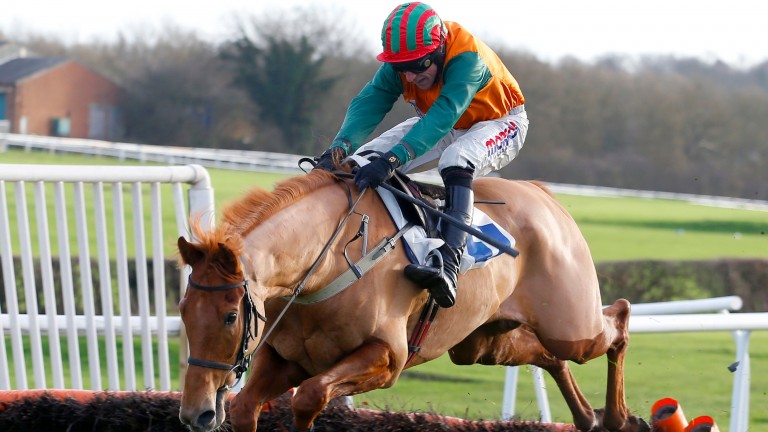 Edward Elgar: one of four rides for Andrew Thornton

Thornton, who also rides Amirr, Westerberry and Manhattan Spring for long-time ally Seamus Mullins, believes Amirr is his best chance of adding to his 1,006-winner haul.

“He ran well at Wincanton last time and this looks a good opportunity,” he said.

Uttoxeter clerk of the course Charlie Moore said: “We’ve renamed a race in Andrew’s honour for two reasons. Partly because he chose to mark his retirement at Uttoxeter and, more importantly, because Andrew is a friend of Uttoxeter racecourse – for instance, he’ll be part of the raceday presentation team at our next meeting.

“I've known him since he was Arthur Stephenson’s amateur and have admired all he's done. The way he rode Kingscliff round Ascot with only one rein showed he’s some horseman, as well as one helluva nice guy.

“I've worked closely with him in his role as Professional Jockeys Association safety officer, and the jockeys should be very grateful for all he's done for them. He's someone I'm proud to call a friend.” 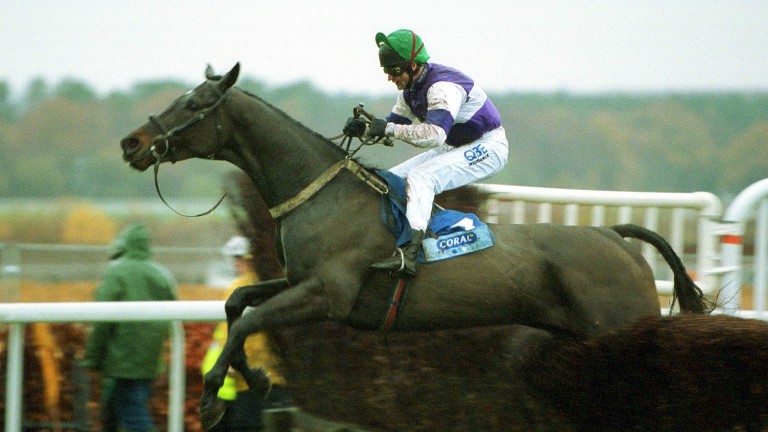 Miracle success: Thornton produced one of the rides of his career to get the talented Kingscliff home at Ascot in November 2003. Here it is evident he is riding the horse to victory despite his left rein having snapped
Mark Cranham (racingpost.com/photos)

Thornton’s many friends in the weighing room are certain to mark the occasion in their own inimitable way.

Sam Twiston-Davies said: “We'll give him the send-off he so richly deserves. I’ve ridden with Andrew right from the start of my career and he’s always been there to give advice.

“We’ve all taken the mickey out of him over the years. His eyesight isn’t great and he’s certainly wiped out a few lads over the years but, despite that, there’s nobody more popular in the weighing room.”