Big-Race Reports three in a row

Thistlecrack cruises to another success over fences 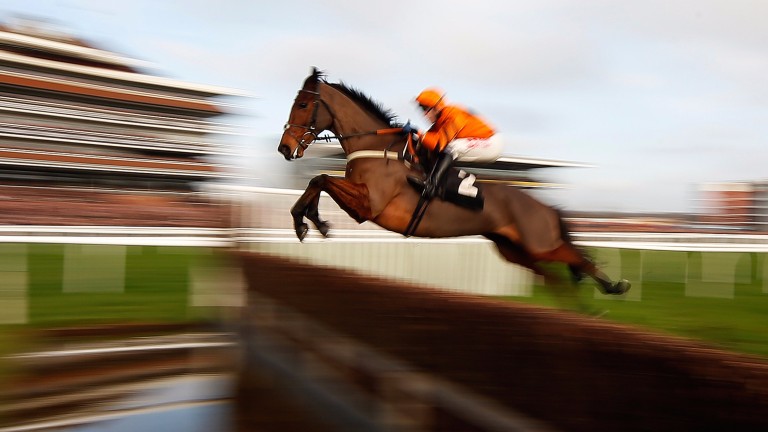 Gold Cup favourite Thistlecrack put to bed the doubts many harboured about his jumping with a foot-perfect round in this Grade 2 contest, and while Colin Tizzard is still a long way from committing him to the 32Red King George VI Chase, he is not ruling it out.

The form book will record that the World Hurdle winner made all and scored by eight lengths over Bigbadjohn, with fellow festival winner Ibis Du Rheu six lengths further back. However, that tells only half of the story, for he was value for far more and his jumping was much more professional.

Jockey Tom Scudamore could hardly contain his enthusiasm and said: "It was a great thrill. Joe Tizzard tells me we were only three seconds outside the track record, and yet he wasn't out of second gear.

"He's jumped brilliantly today. There are more tests to come obviously and he's got to take on better horses, but I think the criticism at Cheltenham was a bit harsh. If you watch him at the next ditch he got some height on it and has gone out as far the other side.

"He was superb today, he's really learned from last time and he keeps on learning."

Scudamore pointed to Thistlecrack's experience in competitive hurdle races such as the Imperial Cup when it was suggested to him that small-field novices were not an ideal preparation for the Timico Gold Cup, but he would not be drawn on whether Thistlecrack should join stable companion Cue Card in the King George.

He said: "I'll leave all that to Colin and Heather [Snook], but the Feltham is a very nice race too and it didn't do Coneygree any harm running in that." 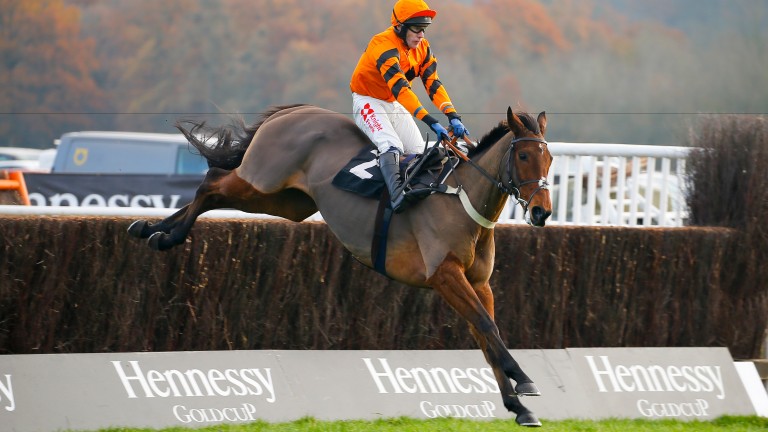 Scudamore hinted that there were still ways in which Thistlecrack could improve, but added that there was no need to be giving them away. The trainer however, finds it hard to imagine it getting better.

Tizzard said: "He was immaculate. He was brilliant today and any fears we had from Cheltenham have been put to bed. He was just a bit sketchy there, but we needed to get some runs into him for whatever we do after Christmas."

Asked about the King George, for which Thistlecrack remains unchanged at 6-1 with former sponsor William Hill, Tizzard left some hope.

He said: "The King George is a real test for any horse and I'm not sure whether he's ready for that, but we'll no doubt leave him in for now just in case. All options need to be thought about.

"I don't want to lead anyone awry, but we've got to mind this horse. We don't want to go up the ladder six steps at a time and then slip back down, do we, so what we are doing is going gently at the moment."

He added: "That's as good as it gets for a novice. The schooling the other day didn't do any harm, but he'd learned from Cheltenham. He was more professional today. He just guessed a bit at Cheltenham. I couldn't have dreamed of it being any better. At 1-8 you half expect it, but nothing is certain.

"I can't believe I'm talking about having two such good horses, but it's lovely for us, lovely for the yard and everyone who works in it, and lovely for the owners. It shows what can be done without the biggest cheque books, as they weren't that dear."

Rebecca Curtis was very happy Bigbadjohn, and said: "Second was the best we could have hoped for. He loves these big flat galloping tracks and could be a Hennessy type next year. Whether Cheltenham, a completely different track, will suit him I am not sure."

Owner John Hales was equally satisfied after Ibis Du Rheu tried to make a race of it and went up the winner's inside briefly with a circuit to go. He said: "That's his first time over fences and first run of the season and you've got to be pleased. He'll come on a mile for that and I'm delighted. He jumped well."

This was very much Thistlecrack's show, however, and he was superb.

FIRST PUBLISHED 1:13PM, NOV 26 2016
The King George is a real test for any horse and I'm not sure whether he's ready for that, but we'll no doubt leave him in for now just in case