'This year you can have two drinks!' - O'Leary leads party on Ryanair flight 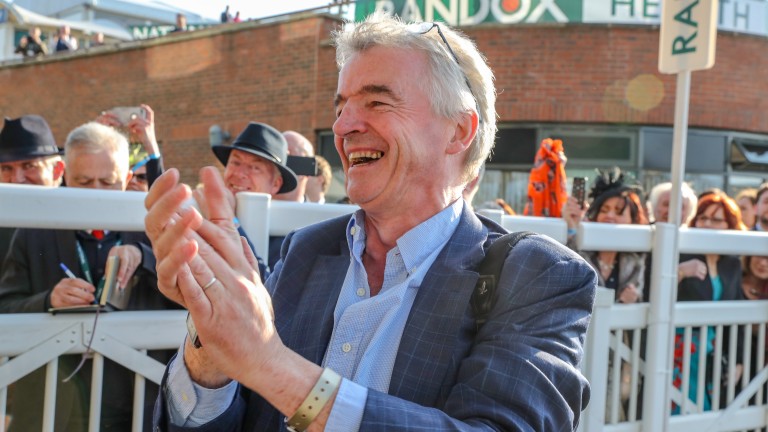 Michael O'Leary enjoys the moment after Tiger Roll's victory at Aintree
John Grossick
1 of 1
By Andrew Wilsher UPDATED 11:27AM, APR 7 2019

Tiger Roll owner and Ryanair boss Michael O’Leary toasted his Grand National success by treating those flying back to Dublin on his flight to a generous two free drinks – double what he offered last year.

The Gigginstown man took some flak last year for limiting those on board to just the one freebie each, but after his superstar nine-year-old became the first runner since Red Rum to win back-to-back Nationals, O’Leary was in the mood to crank up the celebrations.

He said: "I got some criticism last year for limiting you to one drink per person, but now you can have two drinks!"

Just to drive home the fact that the passengers would be partying all the way back to Ireland, O’Leary added: "Buy your food in Dublin – on this flight we’re drinking!"

Delighted winning trainer Gordon Elliott and jockey Davy Russell were also on the flight, and O’Leary went on to report on Sunday morning that Elliott was last seen in the pub at around 3am.