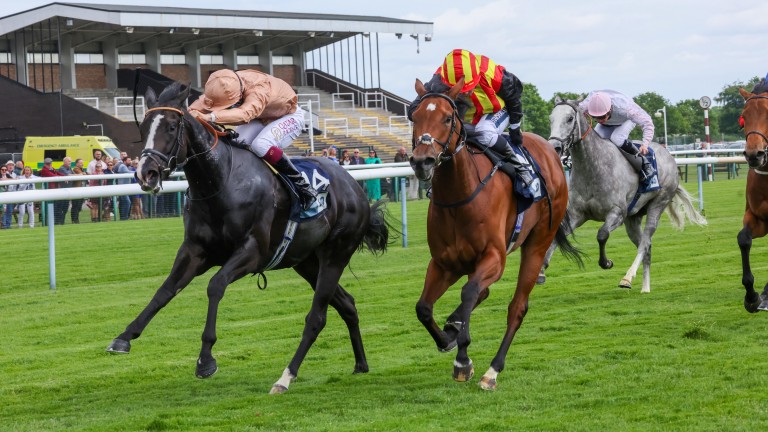 Sense Of Duty (left): will bid for a hat-trick when she lines up in the Chipchase Stakes
John Grossick (racingpost.com/photos)
1 of 1
By Keith Melrose and David Carr UPDATED 5:32PM, JUN 24 2022

As it comes a week after the Platinum Jubilee Stakes and a fortnight before the July Cup, the Chipchase is at best a way in to the top six-furlong sprints. The last victor to subsequently take a Group 1 was 2012 scorer Maarek, who won the Abbaye 15 months later, and it is rare for winners to even run in the July Cup. Chil Chil was ninth at Newmarket last year, but lower Group races like the Hackwood and Lennox have been more common next stops in recent years.

The most exciting horse in this year's race is surely Sense Of Duty, and even she would be unlikely to jump into Group 1s next time. That is mostly down to her trainer William Haggas, who tends to track a methodical path through the ranks with his late bloomers, although her form on its own might suggest a fast-tracking to the top if she wins this handily. Her latest victory in Listed company has since been advertised by placed horses Flotus (third in the Commonwealth Cup) and Benefit (subsequent Listed winner at Salisbury).

Sense Of Duty showed a good attitude last time, so should be professional enough among the veterans she faces here. It is also likely that some of them, perhaps most likely Glen Shiel two stalls away, will take her through the race.

Glen Shiel is using this race as an alternative to the top sprints. It is just eight months since he was second in the Champions Sprint, but he is eight now and the likeliest diagnosis for recent moderate runs is age catching up with him. This might be his easiest assignment for a while, and his figures over six furlongs here read 211. 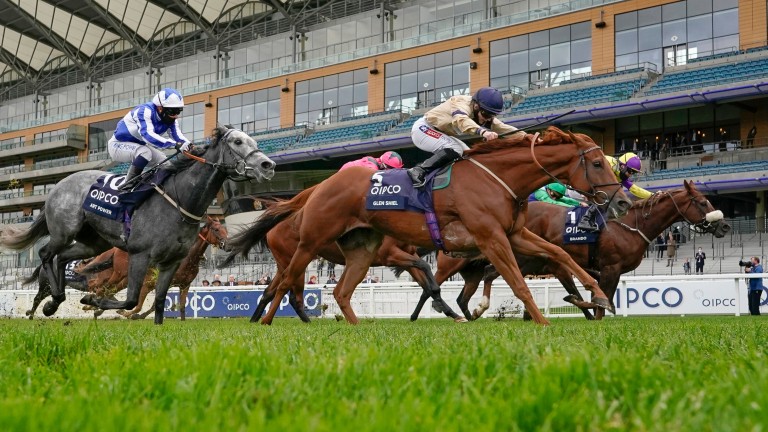 The other interesting runners may only be suited to lower-grade affairs. Annaf was something of an eyecatcher in the hot three-year-old sprint handicap at York two weeks ago, but needs to improve a chunk and may be better off back in handicaps.

Spycatcher also had his form advertised when Highfield Princess ran so well in the Platinum Jubilee, but it is fancied that he benefited from being race-fit when second to her at York, so this will reveal more about his true trajectory.
Race analysis by Keith Melrose

I Spy another winner for Burke

Look out for Karl Burke. If he can win at Royal Ascot with an unraced horse who was only running so that his owner could get some tickets, he can win with anything.

Holloway Boy was the second winner of the week for a trainer who had struck earlier with the hugely promising juvenile filly Dramatised, while he also landed the Carlisle Bell with Invincibly on Wednesday.

So Spycatcher can confidently be expected to be at the top of his game for the Chipchase Stakes, returned to the course and distance over which he was beaten just two short heads on All Weather Championships Finals day on Good Friday.

The four-year-old finished second in the Group 2 Duke of York Stakes last month and Harry Herbert, managing director of owners Highclere Thoroughbred Racing, said: "This has always been the plan. He's won well on the surface and was unlucky not to win the big sprint final there. As long as he can break and travel well enough, I think this is his bag."

Steve Brown, husband and assistant to Julie Camacho, trainer of Ainsdale and Judicial
Both horses are in good form and we're pleased with how they've trained. Ainsdale relies on ease in the ground so this is the logical place to run him. It's his first run for us, but he has some decent form and we expect him to run well. We obviously know more about Judicial, who is as enthusiastic as ever. He ran okay in the All-Weather Final and he has some positive history in this race. After this, we're looking at the Chester Listed race he's won for the last two years. 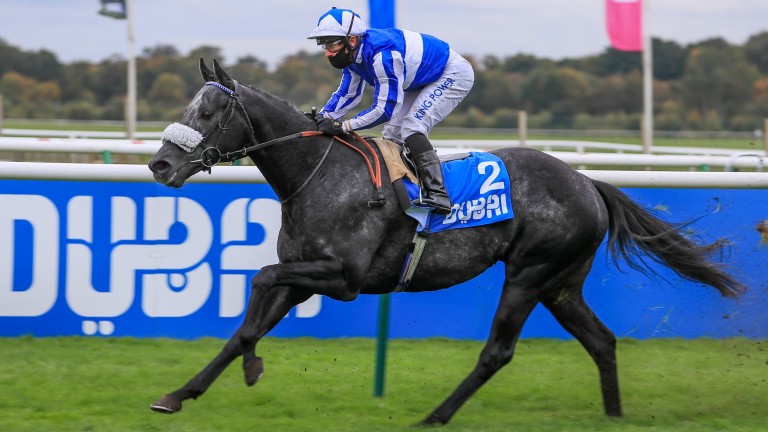 Hollie Doyle, rider of Glen Shiel
He couldn't run at Ascot because of the ground but he loves the surface and the track at Newcastle and this is a good opportunity to get him out. He's in great form at home and I hope he'll run a solid race.

Anthony Brittain, trainer of Mondammej
It was frustrating he wouldn't go in the stalls at Royal Ascot but he's in good order. He's a bit of an outsider but I hope he has a chance in a competitive race. It should be run to suit and he was only beaten a couple of lengths in the All-Weather Final there.

Hugo Palmer, trainer of Ebro River
His performance in France last time wasn't what we expected, but he spent nine hours in customs on the way out there and was quite flat when he came back. I've been very happy with him in the last ten days, he seems to have come right back to himself. The all-weather surface should suit.

Tom Marquand, rider of Sense Of Duty
The form with Flotus stacks up pretty well after Ascot. She's talented and is getting the weight. She's an up-and-coming filly who can hopefully continue her upward spiral.
Reporting by David Carr

3.05 Curragh: 'He's even better than before the Norfolk' – Crispy Cat seeks Ascot compensation

3.30 Newcastle: can Trueshan overcome a tricky draw and big weight to become a Plate legend?