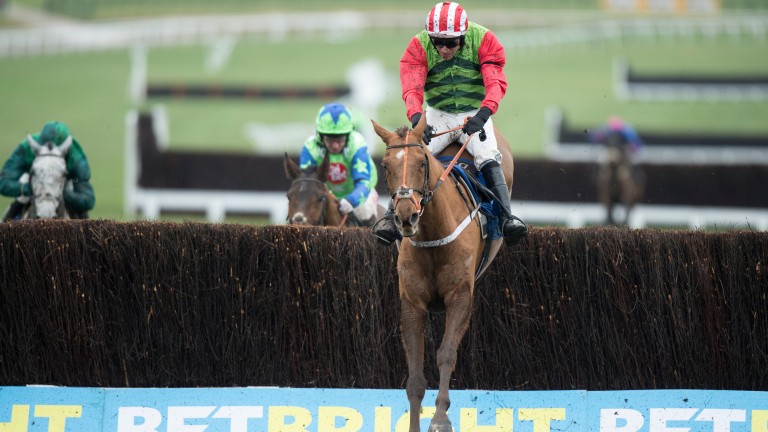 Definitly Red heads for victory in the Cotswold Chase, but confusion reigned over the distance of the key Gold Cup trial
Edward Whitaker
1 of 1
By Andrew Dietz 6:18PM, JAN 28 2018

It is a quiz question guaranteed to outfox all but the sharpest of racing fans: what distance was Saturday's Cotswold Chase at Cheltenham run over?

The advertised distance on racecards was 3m1f56yds, but owing to rail movements a revised distance of 3m2f70yds was appended to the official going report, so eagle-eyed punters might have noticed the key Gold Cup trial, won by Definitly Red, was being run over a furlong further than expected.

However, post-race analysis found the revised figure to be incorrect, with clerk of the course Simon Claisse admitting the altered distance should have read 3m1f170yds.

A data inputting error by Cheltenham was blamed for the incorrect race distance.

"I made an error on the BHA admin system yesterday that was brought to my attention last night," Claisse said on Sunday.

"I typographically put it in as 3m2f70 yards, which is quite clearly not right. It was an error in the transcription of the sheet we produced that updates the yardage based on the dolling out, and I apologise for that occurring." 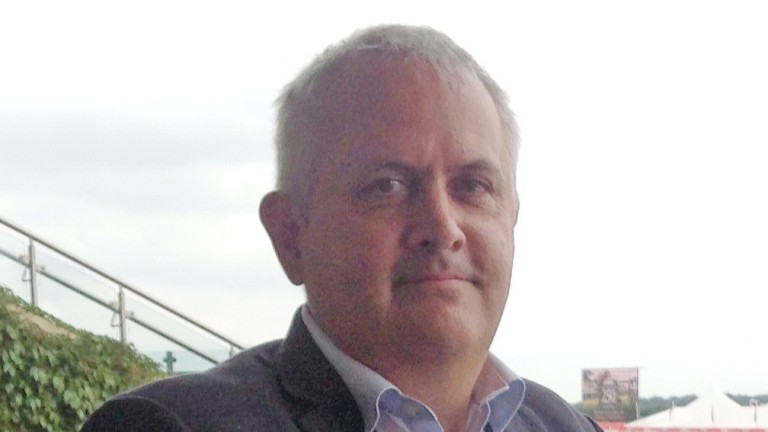 Simon Rowlands: "There seems to be a culture in some parts of racing that dropping the odd clanger is par for the course"

Horseracing Bettors Forum chair Simon Rowlands, who was one of the people to highlight the disparity to Claisse, said: "I was getting a Gold Cup-winning time figure, which is not surprising given the horse was running over 120 yards less than had been given.

"The dolling out distance and the total extra distance didn't tally and, while errors do happen, there seems to be a culture in some parts of racing that dropping the odd clanger is par for the course.

"There are ways of putting in measures that should make that more difficult to happen, but so far people don't seem particularly interested in that.

"To be fair to the BHA they have made some strides in providing extra data, but there still persists a culture that is not taking the accuracy of the data quite as seriously as it should and I believe that undermines the confidence of betting on the sport."

The BHA's head of media Robin Mounsey said: "It's the responsibility of the racecourse to ensure that approximate adjustments to race distances as a result of rail movements are communicated ahead of racing."

FIRST PUBLISHED 6:18PM, JAN 28 2018
There seems to be a culture in some parts of racing that dropping the odd clanger is par for the course