They're not going to overthrow humans – but just how clever are racehorses? 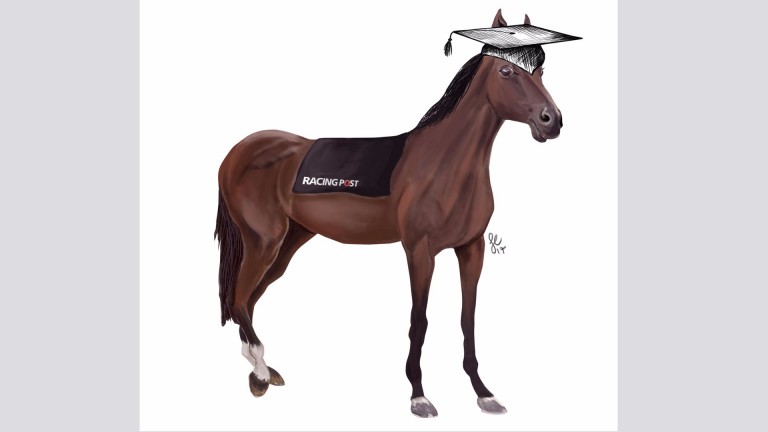 In the latest instalment of our fortnightly feature, Katherine Fidler ponders the intelligence of the horses we place our money on.

How many times has it felt like the horse you backed knew you'd backed him and then threw the race away just to spite you. Once? Twice? Every third bet?

Ruddy horses, eh? Anyone who has ever ridden, cared for, loved, despised or bet on horses in their lifetime will have felt the same at some point, cursing the most magnificent of God's creatures for some sleight of hoof employed only to make us look a fool.

But out of the betting shop and in the cold light of day, can that really be true? In reality, how intelligent are the animals we entrust with our hard-earned cash?

Very, according to horse whisperer Monty Roberts, a man who has devoted his life to studying horses and saved the career of German champion Lomitas.

"The more time I spend with my horses the more I realise that over the years the human species has given them far too little credit where intelligence is concerned," he says. 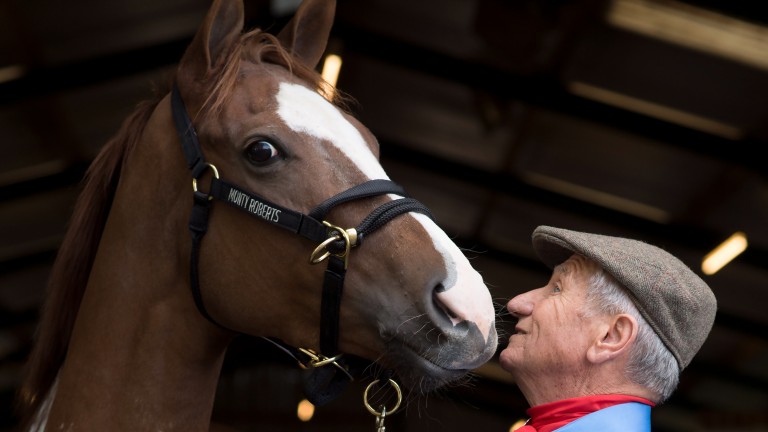 Monty Roberts: "Horses can't think into the future and scheme against us"
Edward Whitaker
"But as horsemen I believe we do ourselves no favours in pretending horses understand circumstances that are outside their realm of intelligence.

"It does us no good to put human thoughts into the brain of a horse, saying things like 'he's taking the mickey' – which I hear all the time in England. We should never assume that the horse thinks into the future and can scheme against us."

We know their RPR, but what about their IQ?

Well, that's good to know. But if they're not deliberately plotting our downfall, what are they thinking?

Albert Einstein, who knew a thing or two about being clever, said: "The true sign of intelligence is not knowledge, but imagination."

Does that mean Dayjur was a genius? When the rest of us saw a common or garden shadow on the track that day at Belmont, did he see an enormous, horse-devouring hole?

Possibly, but old Alby really specialised in relativity, not racehorses. Charles Darwin, more at home in the animal kingdom, argued: "Intelligence is based on how efficient a species became at doing the things they need to survive."

Horses are prey animals, so to survive they need to be able to run quickly. Does that mean thoroughbreds, the fastest breed, are also the most intelligent?

Not according to Arc-winning jockey Frankie Dettori.

"I'd say lots of other breeds are more intelligent, because 350 years of mixed crossing [breeding] has been geared towards producing one set of skills," he says.

"Police horses, for example, are much more clever – although they are specifically trained to do their job. Our horses are very sensitive, which is why we use training routines to help them get a grip of racing.

"We, as jockeys, are the psychiatrists of the thoroughbred. We have five minutes from the paddock to start to try to understand them." 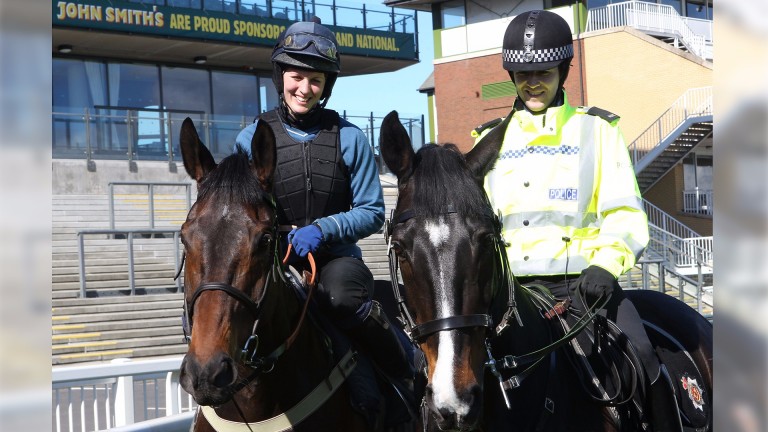 Big Fella Thanks and Merseyside Police horse Jaguar - who's the smartest?
John Grossick (racingpost.com/photos)
What about the trainer's view?

John Berry is on Darwin's side, that horses do what they need to do to survive, and are therefore very intelligent.

"I think if you left racehorses to their own devices, with no human guidance, they would thrive," he says. "They wouldn't invent the internet or the internal combustion engine, but they don't need to.

"They're very good at reacting to what's going on around them in a sensible way – the human might not like it, but it's generally a sensible reaction for the horse. They're rational, and respond as you would expect them to respond."

Confidence is king – and Enable the Queen

Most of us, whether familiar with horses or not, can take a good guess at how a racehorse might respond if a helicopter landed next to them or some fireworks went off next door. But how do they respond to winning when they don't have the ability to throw a Racing Post in the air? 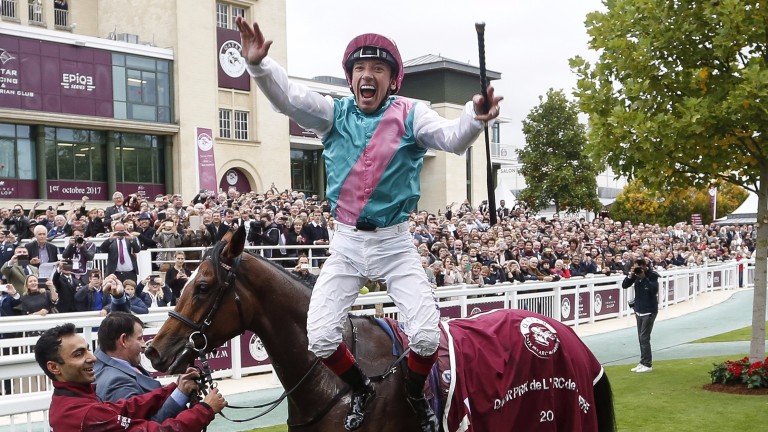 We always know when Frankie's won - but does the horse know?
Alan Crowhurst
Roberts, Dettori and Berry are all in agreement that a racehorse knows when they've won.

Dettori, who has some experience in that department, says: "I think horses know when they've won, and when they lose they feel it, there's something sad about them. When one gets cuddled and hugged [after a win] they know they are the best.

Confidence, it seems, is key.

"When a horse is struggling to keep up with others on the gallops, they're definitely demoralised," says Berry.

"Relatively speaking, when he's finding it easy compared to the horses around him, he's full of confidence. They definitely know if they've done better or worse compared to others, and they know if they've pleased humans, but I'm not sure they can relate to the exact placing of the winning post."

Dettori adds: "Developing a thoroughbred is like developing a boxer. You do it slowly, build up their confidence, and make sure they don't get hit hard too early in their careers."

Boxer was the name given to one of the horses in George Orwell's Animal Farm. He was a kind soul and a hard worker, but portrayed as rather dim-witted. Racehorses are certainly not dim-witted (nor are they suitable metaphors for the Stakhanovite movement, some can be downright lazy). As with all animals, they have their own brand of intelligence – all horses are intelligent, some are just more intelligent than others.

And at the end of a race, win or lose, they are just as well off as they were at the start – so really, who is the clever one?

If you liked this you should read others in our Racing Revealed series:

FIRST PUBLISHED 6:41PM, DEC 5 2017
I think if you left racehorses to their own devices, with no human guidance, they would thrive

'I was humiliated and I wasn't taking it' - inside the mind of Frankie Dettori Mark Crehan gets backing of Stoute and Dettori following 28-day Doncaster ban Clive Cox contemplating Glorious Goodwood bid after Caturra comes good 'We owe him a huge debt of gratitude' - stud giants give thanks to sire of sires Native on the trail of fellow Godolphin stars after narrow Superlative success Is Britannia hero Perotto a handicap blot? Graeme Rodway gives his verdict