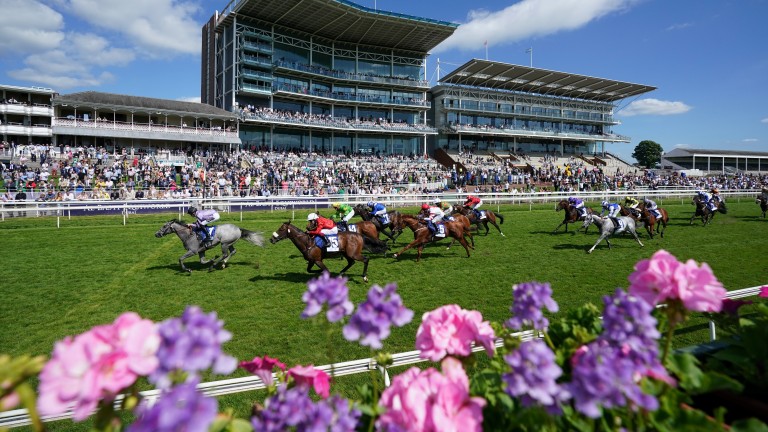 First Folio: ante-post favourite for the Stewards' Cup runs in the consolation race after failing to make the cut
Pool
1 of 1
By Tom Collins and Stuart Riley UPDATED 6:48PM, JUL 30 2021

Trainers spend all season placing their handicappers to the best of their ability to keep them well-treated for their seasonal targets. Sometimes you can be too cautious and that is the case with First Folio.

The lightly raced three-year-old headed the ante-post market for the Stewards' Cup but missed the final cut for the prestigious heritage handicap later on the Goodwood card by one place with a mark of 98. Had he been 1lb higher in the weights he wouldn't be in this consolation prize.

Nevertheless, the topweight still has a £50,000 prize at his mercy and appears the horse to beat after his impressive last-to-first success at York in June. A fast pace will suit his style of racing and there is a strong possibility that he remains well-treated at the weights.

One potential negative is stall six with much of the pace situated middle to stands' side. If a low draw is a negative, put a question mark next to Royal Scimitar, too, given he's drawn in five. The Clive Cox-trained runner was fourth in the Acomb Stakes as a juvenile and is an unknown quantity granted an equal playing field.

Power Over Me, who was disqualified when jockey Kieran Shoemark weighed in 2lb light after his Epsom success earlier this month, has had a tough campaign and is yet to record a turf victory. However, his all-weather exploits put him towards the top of the pack and trainer Robyn Brisland almost celebrated a shock 66-1 success with Blue Collar Lad at this track on Thursday.

Last year's Stewards' Cup runner-up Kimifive was another with lofty aspirations of making the featured handicap but just fell short with a mark of 91. If the race is set up for a closer, he, and Treacherous, who won this event last year, will come into play down the middle of the track.

Bickerstaffe, who is 1lb well-in after his Ascot victory three weeks ago, and the unexposed Boundless Power could be the two to lead home those drawn high. The latter is especially interesting now upped to 6f.
Race analysis by Tom Collins

James Ferguson, trainer of First Folio
It's disappointing we didn't get into the Stewards' Cup, I thought we would, and topweight in the consolation race isn't necessarily easier as there's some very well-handicapped horses in there. He's in good form and the ground is drying out which will benefit.

Tim Easterby, trainer of Staxton and Music Society
They're both in very good form and should run very well. Music Society's in two and Staxton's in 23 so we're covered either way based on the draw.

Mick Appleby, trainer of Zim Baby and Boundless Power
I didn't think I'd say this at the start of the week but Zim Baby could probably do with getting a bit more rain, so let's hope it doesn't dry up too much. She goes there in good order and has a lively chance. Boundless Power is in good order and still improving, I don't think the ground's so important to him as he seems to go on anything so he should have a very good chance.

Karl Burke, trainer of Bickerstaffe
He won very well at Ascot, that was a career-best I'd say. He goes there in good shape and I'd rather be low but equally being near one of the rails will help.

John Quinn, trainer of Mr Wagyu
He's been admirably consistent and goes on all ground, he'd probably prefer better ground. He's in very good form and certainly has a chance.

Kevin Coleman, trainer of Only Spoofing
He probably wants good ground at worst. It's been a long enough season for him already this year, with this being his fourth start in England, as well as running at home. He's turning out quickly from running here on Tuesday [when finishing eighth] and we're just hoping he can run well.

Clive Cox, trainer of Royal Scimitar
He ran a blinder at Newmarket last time from probably not the best draw, but he wouldn't be at home if they got too much more rain.

Robyn Brisland, trainer of Power Over Me
I hope he has a big chance as long as it doesn't go too soft. He's 7lb well-in based on his disqualification at Epsom. He's a very straightforward horse and it looks the ideal race for him.

Jack Channon, assistant to Mick Channon, trainer of Indian Creek He's drawn 28 so hopefully that's the place you want to be up the stand rail. He's been in good form this year and any rain will help him. Hopefully he's got a nice chance.
Reporting by Stuart Riley

FIRST PUBLISHED 6:00PM, JUL 30 2021
I hope he has a big chance as long as it doesn't go too soft. He's 7lb well-in based on his disqualification at Epsom