There's no place like home as Towcester triumphs on Derby debut 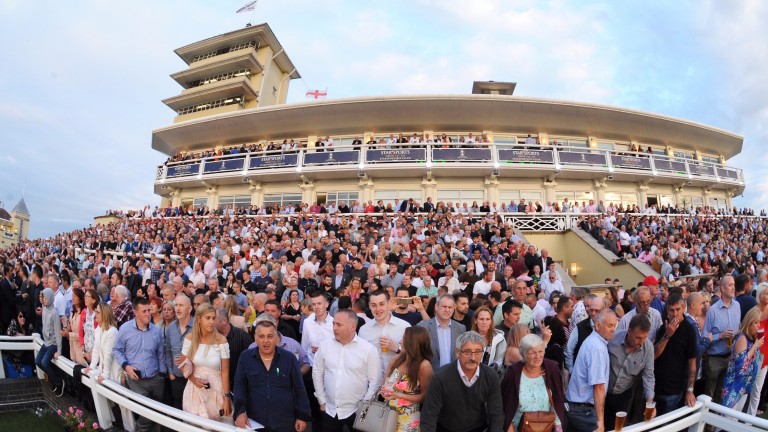 If Dorothy was the name of the woman in the elegant dress standing by the white rails, and if the cheerful brindle dog in the red jacket was named Toto, and if the arrow-straight A5 was laid with yellow bricks, then we wouldn't be in Kansas any more. And we're not in Wimbledon any more either.

How can we tell? Well, the route through the car park is not boobytrapped with vast potholes and deep puddles. The stadium is not a ramshackle blot on the landscape, wearied from years of under-investment. There are more than 6,000 people here to see the fun. It doesn't sound like Wimbledon, does it? No, we're in Towcester now.

A new chapter in the gloried, storied history of the Greyhound Derby starts tonight at Towcester, a fresh start, a fresh sponsor in bookmaker Star Sports, a fresh feel born of more than just the breeze blowing across the Northamptonshire countryside. Derby night is always a compelling occasion, the long journey of excitement and elimination reaching its six-dog showdown, but this year jaunty optimism picks up the baton from underlying pessimism and streaks away with it like a Swaffham hare.

"Towcester has done a fantastic job in putting this on," says Mark Jenkins, greyhound owner, veteran of Derby nights at Plough Lane, supporter of Clares Rocket in the big race.

"The atmosphere is really nice, a big crowd, a great view of the track. I just hope the Derby roar has made the move from London too." 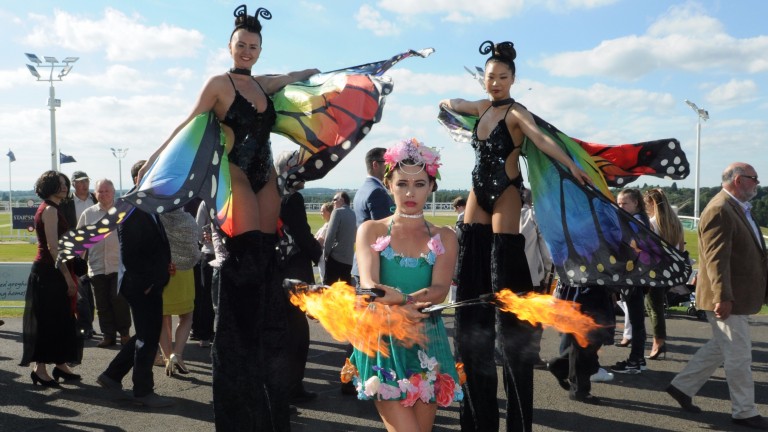 A thinner version of it ushers in the first race before Thinkingofdarcy, the first of several winning favourites, scampers clear to set happy punters queuing at Ben Keith's pitch, the Star Sports wizard of odds paying out with a smile. He'd like to see an outsider win; well, you never know.

Here and there, in the snaking queues around the food outlets, in the great conga lines leading back from the bars, his vision is shared. On Derby night no-one wears their heart anywhere as unobtrusive as their sleeve – rosettes are everywhere, Hiya Butt red, Tyrur Shay orange, Clares Rocket white.

Some racegoers have prepared more thoroughly, mind. Isaac Broadhurst wears a black t-shirt with '4' on the back and 'My mum is so astute she backed the Missile at 150-1' on the front. Sarah Woods is dressed the same way, with 'sister' replacing 'mum'. But where's Lisa, the woman in question?

"She's taken her youngest daughter to a birthday party – she hasn't been to any of the heats so we didn't want her to jinx it," says Woods. Is Astute Missile going to win then? You sure?

"We hope so," she adds, not adding whether she's brought a change of clothes in case the coffin dog gets buried. Isaac nods his head. It's his first visit to the dogs, and he likes it. "It's good fun. Especially when you win." Out of the mouths of babes . . .

They are not the only Missile mascots, either. Tabitha Nicholls and Katie Bowman are among 20 employees of Astute Electronics here to cheer on their boss Geoff Hill's dog, and they've backed him too. "We'd get the sack if we didn't," confides Bowman, who is on at 33-1.

Everyone has a dog in the fight, from Graham Smith – "Wimbledon was a very depressing experience, but Towcester is just the opposite" – who'd like six-dog Murrys Act to win for his local trainer Kevin Boon, to his son Liam who puts his finger down on two-blue Droopys Acrobat, to Sheffield regular David Pearson who sits squarely in the Clares Rocket camp, to Mark Keightley, standing at the centre of a small explosion of Hiya Butt red, clutching a handful of rosettes, trying not to worry about his trainer-wife Hayley's pride and joy. 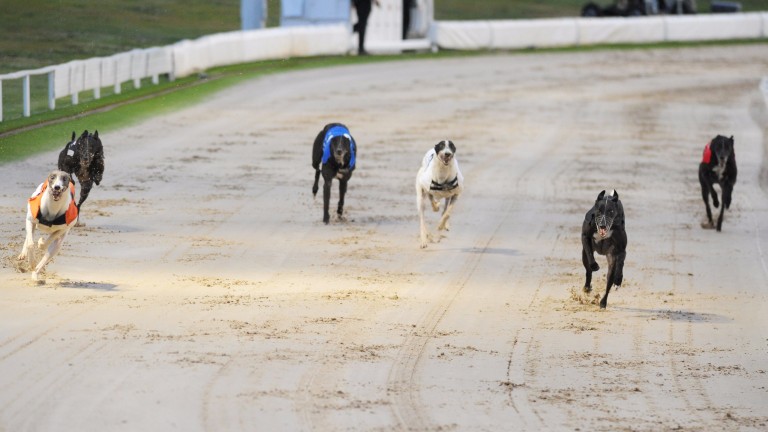 "I do get very nervous," he says, sounding nervous, looking nervous. "It's a privilege to have anything to do with a dog like him and Hayley's done a great job with him. He's peaking at the right time."

So is Ballymac Manix, who comes from last to first in the Star Sports Champion Hurdle, threading the needle of his toiling rivals like a rippling ribbon of dark brown energy, poking his head in front on the line. Later, Bruisers Bullet makes up for Derby semi-final elimination by going trap to line in swaggering style, the most impressive winner of the night, another favourite, another big cheer.

Half an hour later, as the light begins to soften and swallows start to emerge from their nests in the ironwork of the grandstand to pick off insects drawn in by the floodlights, the Derby field assembles.

Among the lavish praise for Towcester there has been the occasional quibble, that it's not quite the same if the Derby's run in daylight, not as atmospheric, and that the track is uncommonly distant from the stand. A racecourse runs through the middle, preventing the public standing close enough to hear the feathery flurry of paws on sand; it wouldn't hurt, given that the horses don't return to Towcester until October 11, to allow racegoers to cross the 'lawn' and congregate by the rails.

Now, though, such considerations are pushed aside. The dogs are loaded, the bunny set in motion and a roar rises from the grandstands, a roar of anticipation and delight, a Derby roar.

Less than 29 seconds later trainer Seamus Cahill has his first Derby winner, the Derby has its longest-priced winner ever, and Isaac Broadhurst's mum is every bit as astute as they say she is. 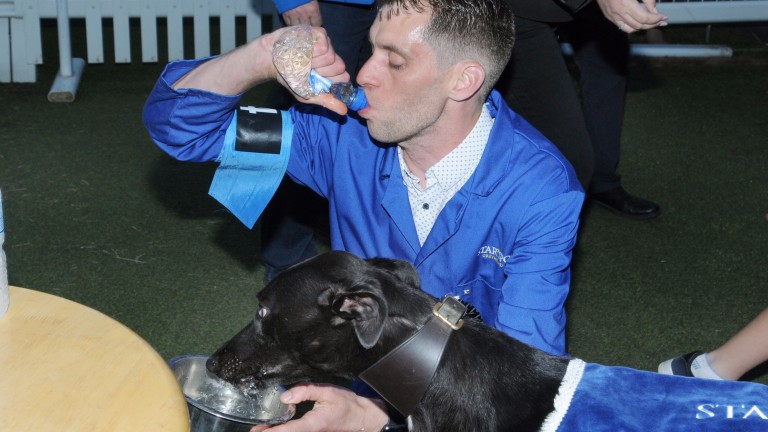 Astute Missile is picked up, hugged, dressed in a tasselled blue jacket like a country and western singer, brought back to the winner's podium where he is immediately absorbed into a crush of joy. Someone brings him a bowl of water and he gulps at it, his tongue lolling out like ham from a sandwich, his body battered with pats.

As he leads his hero away, Cahill brandishes the big silver trophy and another gleeful howl tumbles down the grandstand steps. The Derby has a new winner, a new direction, a new home.