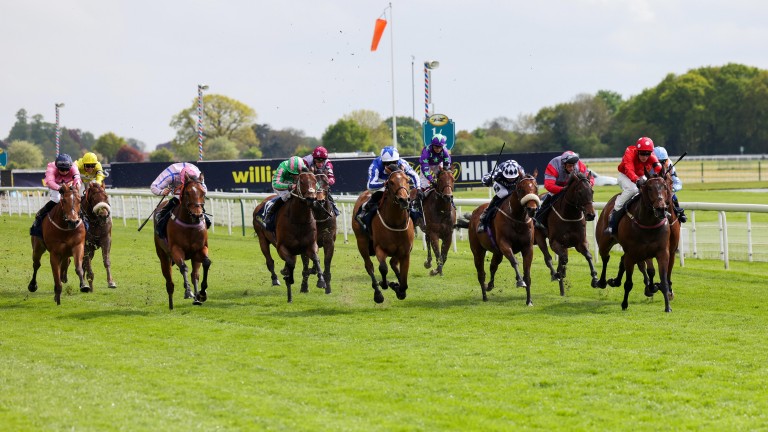 It is an ill rainstorm that does nobody any good and what Michael Dods lost at Haydock he gained on this side of the Pennines with a welcome win for a returning star.

Soft ground ruled Nunthorpe runner-up Que Amoro out of the Temple Stakes, but it helped stablemate Pendleton land the £30,000 5f handicap here on just his second start since missing all of 2020.

Callum Rodriguez's mount earned a quote of 8-1 (from 14) for the Wokingham from Paddy Power, and his trainer said: "I think there's a lot more to come. He's in the Wokingham and he ran well over six furlongs at Ascot the other week. If he got in we'd have to think about it, then probably back here and Ascot in some of the five-furlong races."

Explaining his absence, Dods said: "He had a slight injury and we took our time with him when he came back into training.

"I said to David Armstrong: 'I can't have him ready to run until maybe the end of October. Why not take him home and forget this season – what's the point of pushing him for one race? Let's have a good horse next year'. Luckily patience has paid off."

Que Amoro is set to go straight to Royal Ascot for the King's Stand Stakes, and Dods said: "We'll just have to sit on her. She's in great form and there's no point in spoiling them just for one day when you know they don't like the ground."

Master of his Craft

Andrew Balding picked up where he left off last week by landing the feature William Hill Bronte Cup Fillies' Stakes with Tribal Craft.

Eight days after the trainer landed a big-race double here through Spanish Mission and Nymphadora, their stablemate showed a 50-1 reappearance second at Ascot was no fluke by going one better in this Group 3.

"She's a relentless galloper, she showed that at Ascot last time. She needed to improve today and she's just done that." 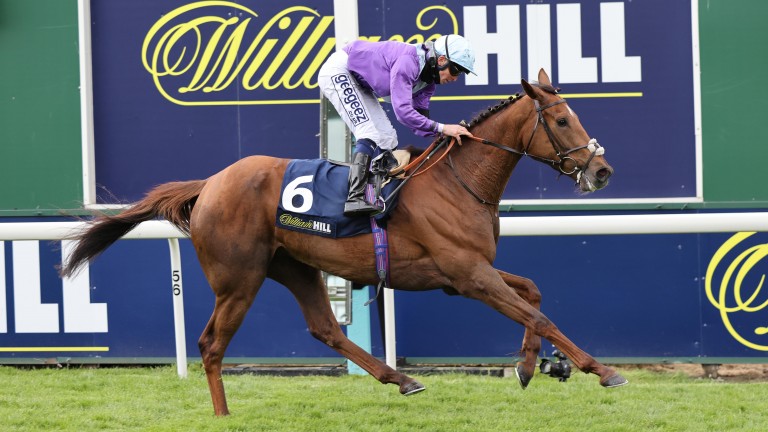 Kiss and make up

William Knight emphatically ended 31 days without a winner when Spanish Kiss took the 1m4f handicap by three and a quarter lengths under Daniel Muscutt.

"It's been frustrating," the trainer admitted. "The horses are healthy and we've had a bit of a run of bad luck. We've had seconds and thirds and I hope this is the turning point.

"Spanish Kiss has been threatening. We've always held him in high regard, hence why we kept him as a four-year-old. He's a little bit quirky, but I think he's just now growing up and I hope he can go on again from today." 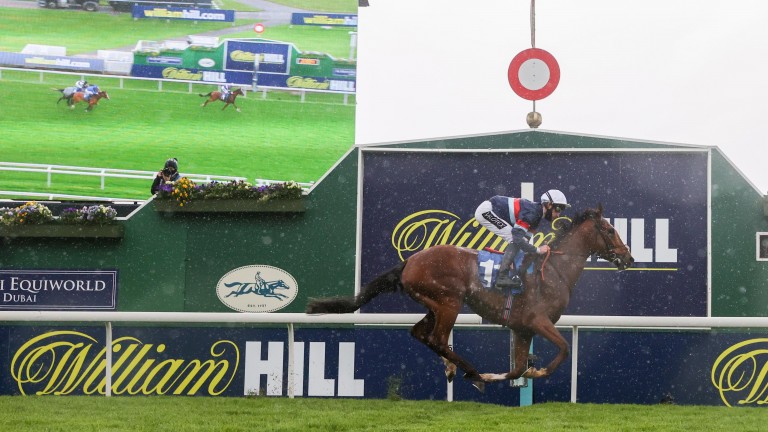 Double take: Spanish Kiss (Daniel Muscutt) is the winner on course and on the big screen
John Grossick (racingpost.com/photos)

The Organiser earned a quote of 20-1 for the Coventry Stakes with Paddy Power after landing a gamble in the 6f novice. The Joe Tuite-trained juvenile opened up a 40-1 shot on Friday evening and returned a winner at 11-2.

Rory Cleary: it wouldn't have been possible without Jim Bolger – I take my hat off to him (Members' Club)

Expert Jury: 'this was a serious performance and Mac Swiney is bred for Derby test'

Lee Mottershead: the sport is silly and snooty to impose a Group 1 ban on geldings like Rohaan (Members' Club)

FIRST PUBLISHED 6:20PM, MAY 22 2021
He's in the Wokingham and he ran well over six furlongs at Ascot the other week. If he got in we'd have to think about it