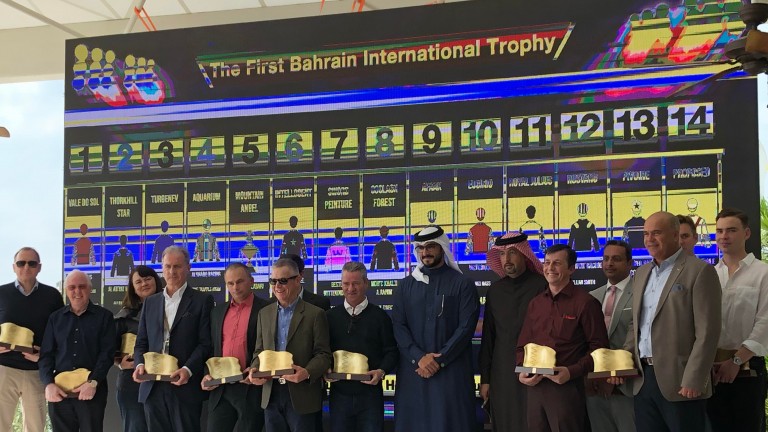 Connections of runners in the inaugural Bahrain International Trophy were present at a beachside draw ceremony
Matt Butler
1 of 1
By Matt Butler in Bahrain 2:16PM, NOV 20 2019

Favourite Turgenev has been berthed in stall three for the inaugural Bahrain International Trophy on Friday, a race featuring nine European raiders and creating quite the stir among the locals.

Visiting racing superstars are no stranger to Bahrain, with Frankie Dettori having ridden here on several occasions in the past, but Bahrain's first international race at Rashid Equestrian & Horseracing Club on Friday afternoon represents a landmark moment.

Dettori is not present this year but Turgenev, the horse he briefly threatened a famous five-timer on at Royal Ascot in June when scooting clear of the Britannia Stakes field, is the joint-highest rated runner in the field for the lucrative 1m2f contest and boasts some good recent form, most notably his second to subsequent Queen Elizabeth II winner King Of Change. 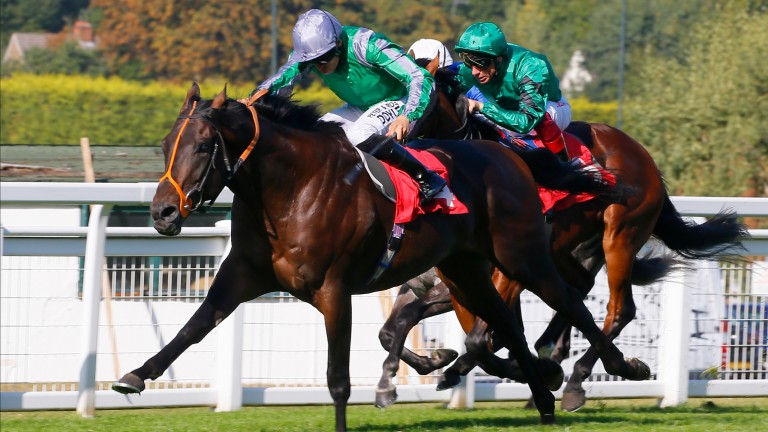 He is in stall three, with fellow British raiders Aquarium (four) and Mountain Angel (five) just outside him. Coolagh Forest (eight), Afaak (nine) and Pivoine (13) all avoided the inside and outside draws, with the Fabrice Chappet-trained Group 1 winner Intellogent in stall six.

Bahrain is a new experience for plenty of the connections, although those based in Britain will be no stranger to facilities manager and clerk of the course Neil Mackenzie Ross, who held a similar position at Lingfield prior to his move five years ago.

For Mackenzie Ross, Friday's race represents a different sort of pressure to that faced at the multi-purpose Surrey course but it is an occasion he is relishing.

Mackenzie Ross said: "Lingfield was relentless, often we would have over 150 fixtures a year and it’s the only track in Britain now that has Flat turf, all-weather and jump racing. 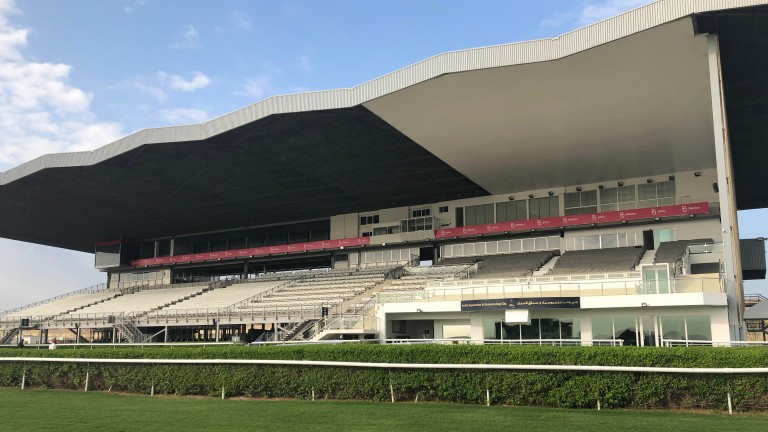 A crowd of around 3,000 is expected at Friday's first Bahrain International Trophy
Matt Butler

"It’s a different pressure because there are different expectations here. Culturally horseracing is horseracing but people do things differently and you're trying to adapt to them. The local Bahrainis are really passionate, they love their horseracing. They live for it."

Speaking at the beachside draw ceremony, Mackenzie Ross reflected on how far racing had come in the Gulf state since his tenure began in 2014 and believes Friday's race is only the start of the country's ambitious plans for international racing.

"When I arrived five years ago I thought it [an international race] might take a little longer than this but we’ve put a lot of effort in," he said. 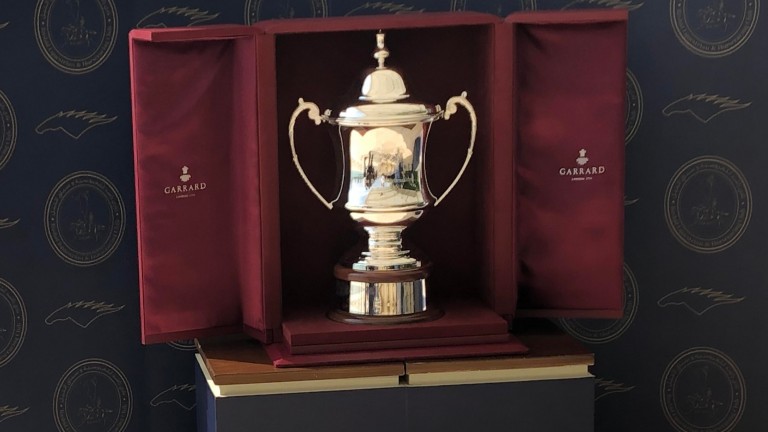 The Bahrain International Trophy, which winning connections get to keep, was revealed at the draw ceremony
Matt Butler

"There is great potential here – I truly believe that. The inner grass track has been regenerating over the course of the last year, it's not ready yet but we’ll soon have two tracks to race on.

"We need to increase our horse population but more will happen in the coming years in terms of development, sponsorship, investment and prize-money that will hopefully enable more people to buy more horses.

"We've all said this is us dipping our toe in the water internationally, but we all have hopes for us to develop and grow."

The ground is good, good to firm in places following an unseasonable 4.5mm of rain on Tuesday, but the ground is expected to dry out before Friday.

FIRST PUBLISHED 2:16PM, NOV 20 2019
We've all said this is us dipping our toe in the water internationally, but we all have hopes for us to develop and grow

'I wish the Cox Plate was in two weeks' - Zaaki stars for rookie Brit trainer Fury, lawsuits but 'no flailing away': how US no-whip racing has been received Why Frankel investment has turned out to be some coup for Evergreen Stud Farm Broad use of stallions strengthens Godolphin's hand in Europe and United States A first for Aidan O'Brien as St Mark's Basilica dominates French Derby Danon Kingly holds off Gran Alegria for first top-flight success in Yasuda Kinen