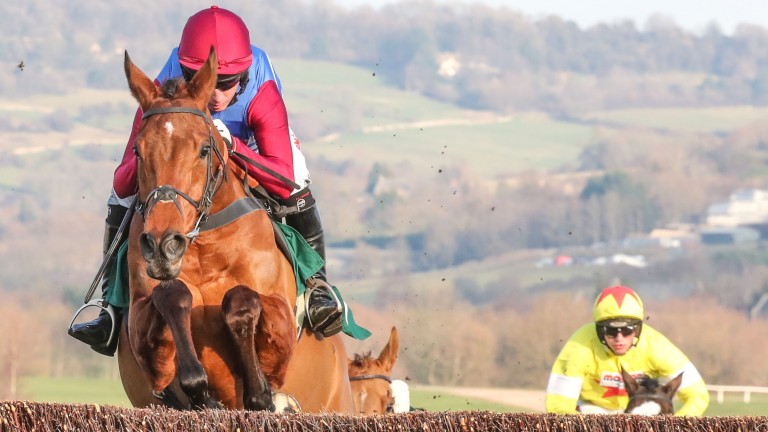 The Worlds End made up for his defeat last time out with an easy success over the Paul Nicholls-trained Ibis Du Rheu after Lil Rockerfeller crashed out of contention early on.

The seven-year-old, a Grade 1 winner over hurdles as a novice, made the running alongside Lil Rockerfeller but was out on his own after the Neil King-trained gelding unseated Wayne Hutchinson at the second fence.

The Tom George-trained runner, a winner on his debut over fences at Chepstow in October, drew clear up the home straight after Ibis Du Rheu put in a couple of sticky jumps to land the 3m1½f contest by 26 lengths.

George said: "He loves good ground. We'll enjoy today and see where we end up. We got him going early this year and it's nice to have some decent ground. Hopefully we'll have some in the spring. He was very good today, he's a proper staying horse."

Lil Rockerfeller, winner of his last three starts over fences, left a leg at the first fence down the side before galloping loose alongside the three other runners.

Betway cut the emphatic winner to 14-1 (from 25), while Paddy Power shortened him to 16-1 (from 33) for the RSA Chase at the Cheltenham Festival in March.

'It's brilliant' says Gordon Elliott after winners and a Cheltenham welcome 'This one is something special' - Third Time Lucki ends owner's 30-year wait Festival target already decided for smart Cheltenham winner Before Midnight Stable debutant halved in price at 8-1 (from 16) for Cheltenham opener How to make it pay at the Showcase: Graeme Rodway on what to learn from the past Paul Kealy struck with Before Midnight and has more Saturday selections