The who, what, why, where and when of Happy Valley's jockey showcase

All you need to know about the Longines International Jockeys Challenge 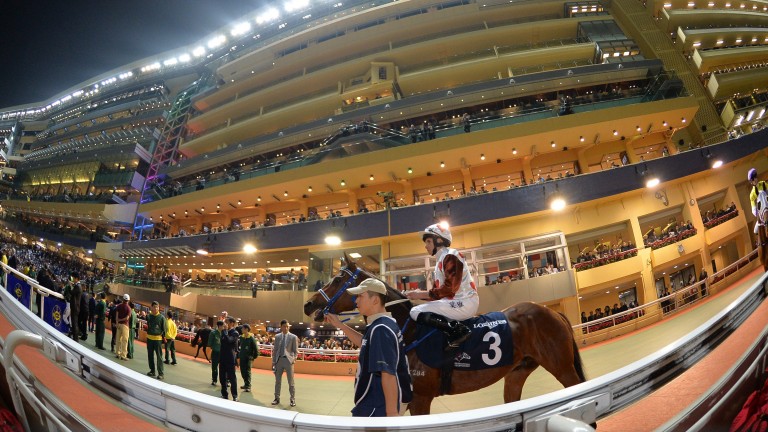 Ryan Moore and Dr Race leave the paddock before the second leg of the 2017 Longines International Jockeys Challenge
Hugh Routledge
1 of 1
By Katherine Fidler 6:00PM, DEC 4 2018

In that year, 14 of the world's top jockeys jetted into Hong Kong for the then three-race challenge. Olivier Peslier secured the title after winning the first two contests, defeating such luminaries as Pat Eddery, Cash Asmussen and Mick Kinane.

Given its initial success, the HKJC decided to run it as an annual event, tweaking the format over the years until it evolved into the 12-jockey four-race points-based competition we see today. Competing jockeys receive 12 points for a race win, six points for a runner-up and four points for finishing third with the overall champion taking home HK$500,000 (£50,000).

Previous winners include hat-trick scorer Frankie Dettori and Hong Kong champion Douglas Whyte, while Christophe Soumillon and Yutake Take were the first jockeys to dead-heat in 2004. In 2009 Johnny Murtagh, Christophe Lemaire and Ryan Moore tied for first place – Lemaire and Moore are in action again this year. 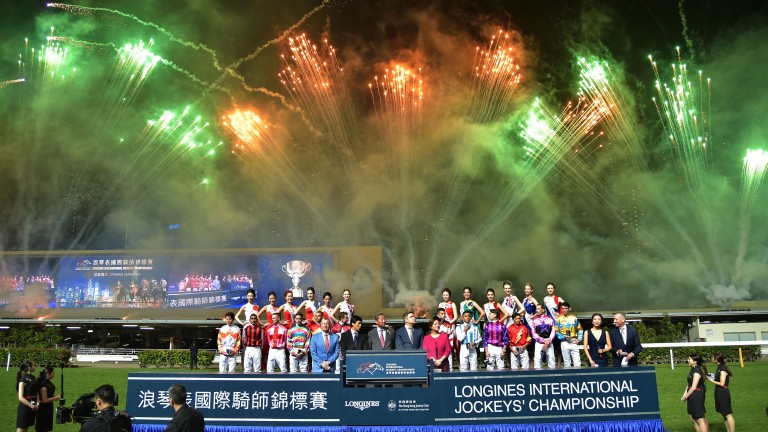 Take will also be on course, alongside Winx's jockey Hugh Bowman, reigning Hong Kong champion Zac Purton and Silvestre de Sousa. Colin Keane makes his debut, alongside the more seasoned Mikael Barzalona and local rider Vincent Ho – who showed the riding is more important than the winning when asked about Wednesday's hefty prize.

"I didn't really check how big the cheque was actually! I just want to ride well and perform well," said Ho.

Castellano, who rode at double at the Breeders' Cup last month, is making his first appearance at the competition since 2006.

"I've never seen such passionate fans and it was an amazing experience [in 2006]," he said. "This time I have some good draws and hopefully I can have a bit of luck."

Keep up with all the action from Wednesday's Longines International Hong Kong Jockeys Challenge with our live blog, live from 11am

Ryan Moore: 'I try not to offend anyone but for me it's always about the horses' Aidan O'Brien: 'Drug talk must stop - don't tear apart the sport with no facts' James Fanshawe letting Audarya's jockey 'get on with it' from low Opera draw