The week in words: 'He’s a bit of a playboy and wants everyone to look at him' 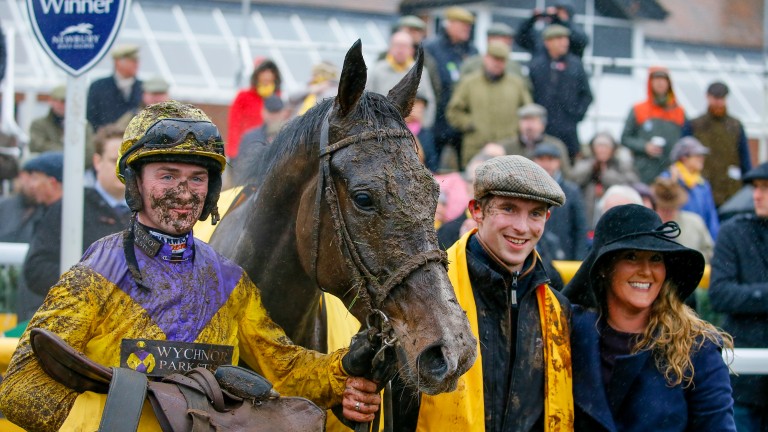 James's life had so many ups and downs, whether it was over a fence or under a sheet
A grieving Ryan Banks looks back at the life of his brother and renowned joker James after his death

I'll give the credit to this to my brother Michael. He was 62 in December and rides her every day. Nobody else is let near her
Trainer Martin Hassett after game mare Mary Frances won the devilishly competitive Pertemps qualifier at Punchestown

Desperate times call for desperate measures! The Boss is back on board & can be found somewhere under the rainbow this morning #Teamwork pic.twitter.com/YHVygCTebx

He came to me very early in play and said, 'Willie, do whatever you want with him'. That's always been Joe's attitude and that's how sporting he is. A lot of people thought he wouldn't let Paul Townend ride Al Boum Photo again [after he mistakenly rode the horse around the final fence at Punchestown], and he ended up winning the Gold Cup
Willie Mullins praises the sporting nature of owner Joe Donnelly, whose star novices Asterion Forlonge and Shiskin appear set for an exciting clash in the Supreme Novices' Hurdle

In his stable Kalashnikov is extremely quiet and a gentleman but outside he’s a bit of a playboy and wants everyone to look at him. He’s a bit of a show off
Amy Murphy explains the personality of her Grade 1-winning stable star Kalashnikov

The water jump at Bangor has slightly overflowed pic.twitter.com/JlvFpwP1z5

You'd have thought he'd have won if he'd stayed on his feet as he was the only horse running into it with momentum, but that doesn't show up on my Weatherbys account!
Gary Moore looks back on Traffic Fluide's unfortunate final-fence fall in the Betfair Ascot Chase in good humour

FIRST PUBLISHED 6:00PM, FEB 22 2020
James's life had so many ups and downs, whether it was over a fence or under a sheet