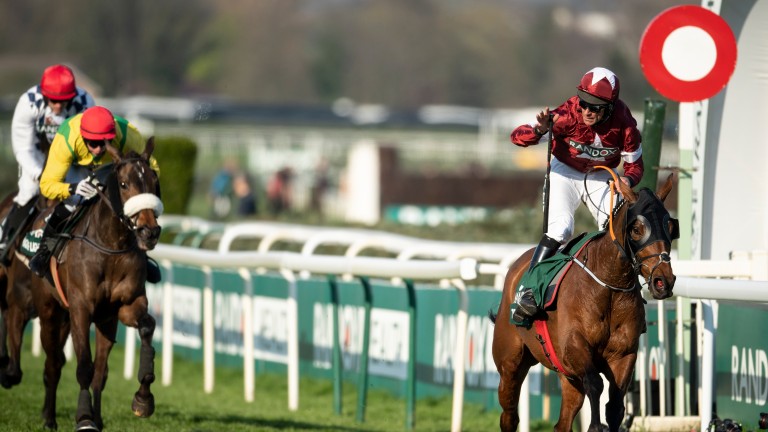 His place in racing history had long since been assured. Now the hearts and minds of all who love this sport will forever hold dear the tiny miracle that is Tiger Roll, after he followed in the hoofprints of a legend to claim Grand National glory for the second consecutive year.

Not since Red Rum triumphed at Aintree for the second of three times in 1974 had a horse conquered this most iconic test of equine endeavour more than once.

Through his exploits Red Rum became a household name, his performances on this Liverpool turf as vivid now as all those decades ago. Now, at long last, we have a worthy successor.

Like dear Rummy, Tiger Roll is small in stature but huge in all other regards. 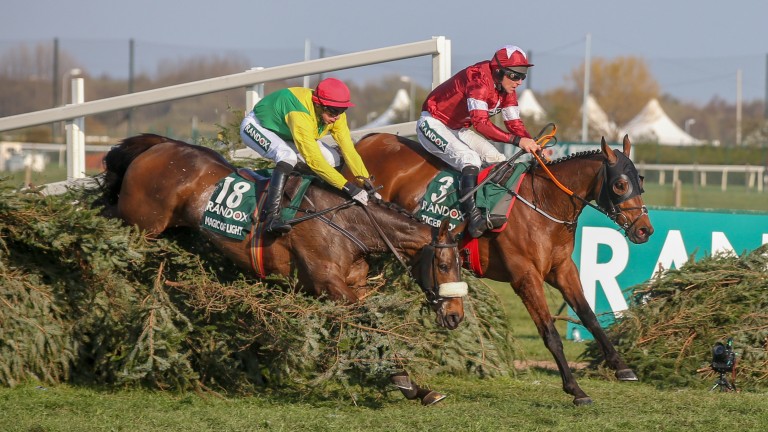 His relish for this race was every bit as evident as it had been 12 months ago, when he so nearly forfeited a long lead to hold on by a head. This time there was no such drama.

The road to immortality lasted just over four and a quarter miles and ended with Tiger Roll achieving what for so many of his predecessors had been mission impossible. Under a blue sky, and with the world watching, he sprinted to superstardom under a magnificent Davy Russell, two and three-quarter lengths clear of Magic Of Light, the only mare in the 40-runner field.

Scenes of euphoria broke out all around this most special part of Merseyside as 70,000 people realised they had been present for a special moment. Among that happy throng there were none more ecstatic than Tiger Roll's adoring trainer Gordon Elliott, who looked close to spontaneously combusting with joy from the second he was reunited with the horse who has changed his life.

"He's the horse of a lifetime," said Elliott, while equally in thrall to a thoroughbred he once branded "a little rat" was Gigginstown House Stud's Michael O'Leary, the Ryanair magnate who built a budget airline and now owns a horse money couldn't buy. That horse, he announced, will not seek to emulate Red Rum by winning a third National. He will surely reserve the right to change his mind.

"To win two Grand Nationals is unbelievable," said O'Leary. "He's a legend. He's now in that bracket with Red Rum. It's incredible." 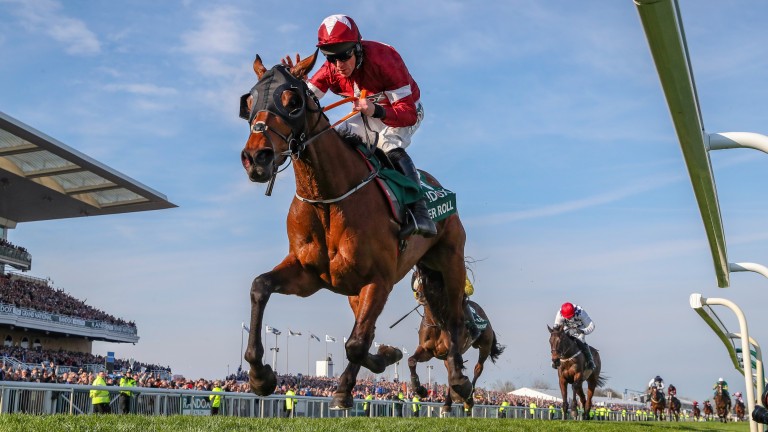 Tiger Roll: the dual Grand National winner is reported to be in flying form by Gordon Elliott
John Grossick (racingpost.com/photos)

Nobody would dispute those handsome words but this was not a perfect day, for at the opening fence a fatal injury was suffered by Up For Review, the first horse to be lost in the Grand National since 2012.

That fence then had to be bypassed on the second circuit, meaning what at that point was still a 37-strong field had to negotiate a tight chicane. That task was completed brilliantly by the jockeys, none of whom were sitting as happily as Russell. His happiness was not about to fade.

For in a contest in which only seven horses parted company with their riders, Tiger Roll, a quadruple Cheltenham Festival champion, travelled with ominous ease throughout. He was running off a 9lb higher mark than last year and had 11st 5lb on his back, but he skipped over the green spruce fences, low and clean, save for a couple of hairy leaps on the final run back to the racecourse proper.

Yet there is surely no horse in training who knows more about his job than the nine-year-old, who was still cruising alongside Magic Of Light at the last. She got that badly wrong. Tiger Roll got it gloriously right and powered clear, with Rathvinden third and Walk In The Mill fourth.

As the 4-1 favourite, Tiger Roll was the shortest-priced winner in 100 years. Just another reason for us to worship him. 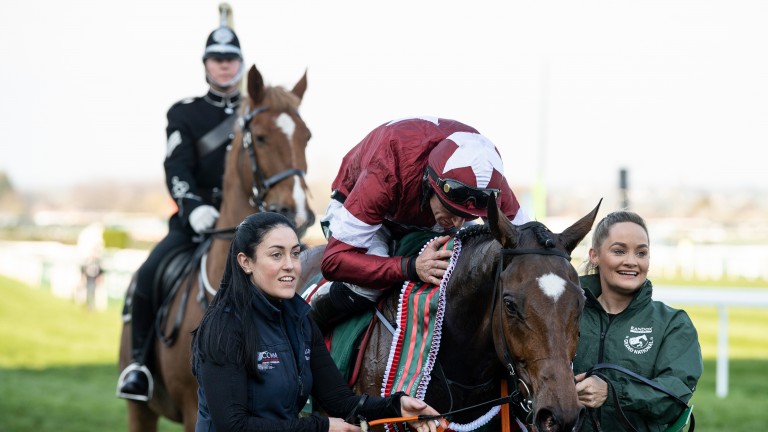 "Everyone loves him," said Elliott, who had been responsible for an unprecedented 11 runners but rewrote the record books in an even better way.

"He's a little like myself," he added. "He likes the good life. He eats, sleeps and drinks. And he wants to win. He's the people's horse."

That people's horse won the people's race, as Russell so rightly observed.

"This horse and this place are amazing," he said. "Liverpool and Aintree are so far ahead. They should be proud of what they have here. I'm proud to be part of it."

He then turned his pride towards Tiger Roll.

"This horse is unreal," said Russell. "He actually knows his name. When the commentator said his name as we were parading he perked up. He's so intelligent it's unbelievable."

The 39-year-old Russell now has two National wins to his own name. Elliott and O'Leary, who struck independently with Silver Birch and Rule The World, have three. Whether Tiger Roll will get the chance to turn two into three and mirror Red Rum is, at this point, far from certain.

"It’s unlikely he’ll come back next year," said O'Leary. "His main goal is the cross-country chase. If he wins that a third time we’ll retire him. In business you can be greedy. In racing you shouldn’t be greedy."

Crucially, O'Leary did offer a welcome glimmer of hope. "We'll work out next year, next year," he said, adding: "Let's just enjoy this day."

It was a day we shall never forget. For this was the day when Tiger Roll joined the immortals.

FIRST PUBLISHED 8:00PM, APR 6 2019
When the commentator said his name as we were parading he perked up. He is so intelligent it's unbelievable