The unlikely heroes from a remarkable week at Royal Ascot 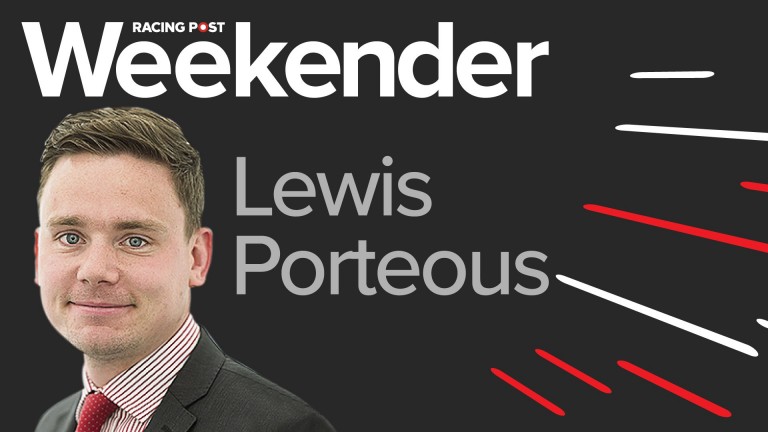 When an occasion is as eagerly anticipated as last week's royal meeting at Ascot was, it can be a struggle for the reality to match the expectation but there was no such disappointment this time, with a magical five days set to live long in the memory.

Perhaps it was having a decent number of spectators back on course, or the high drama both on and off the track, but last week managed to exceed expectations and certainly left me fulfilled.

There was success for the biggest trainers like John Gosden and Aidan O'Brien, the best riders like Frankie Dettori and Ryan Moore, and even a visit from the Queen but there were plenty more who had reason to celebrate.

Away from the obvious, here are my heroes of Royal Ascot 2021.

What clerk of the course Chris Stickels must have been thinking when we looked at the forecast at the start of Royal Ascot week is probably best not repeated but the man in charge of the ground and raceday logistics played a blinder from start to finish.

Stickels faced soaring temperatures on the first two days followed by thunderstorms and torrential rain later in the week, leaving him in a situation where he had to water on Tuesday evening to keep the ground safe for Wednesday, despite knowing rain was on its way.

As it turned out the rain didn't arrive as forecast on Wednesday night and then twice as much as forecast hit 24 hours later.

Stickels managed to produce safe but fast ground for the first three days and although things got a little hairy on Friday, he got the meeting on despite the going turning to heavy after 43mm of rain.

The way he handled Friday's rollercoaster was particularly impressive and while he was getting soaked out on the track, he made sure communication with the wider world remained open.

After an official inspection and some drastic rail movements, Stickels and his team got the meeting on, which history now tells us was absolutely the right call.

Just a final thought on Friday's action. Did you notice there were no hard luck stories on the round course that day? The configuration of the home bend meant the runners were funnelled towards the centre of the track in the home straight. That was to avoid the worst of the ground but it also left ample room to challenge on either flank from off the pace. I'm sure Frankie Dettori wouldn't have minded that option in a congested Gold Cup the previous day.

Around 10,000 people were in attendance each day and although Ascot has the capacity to cater for 70,000, it is amazing what a difference a meaningful number of spectators made.

There was warm applause around the winner's enclosure, singing by the bandstand and hearty cheers in the grandstand. It couldn't have been more different to last year, where no spectators meant the week lost much of its sense of occasion.

As last week was part of the Government Events Research Programme, there will have been plenty of eyes on Ascot to see how racing handled a larger audience and I'd be surprised if there were any complaints.

Ascot rightly deserves credit for that but so do the fans for the part they played. Their behaviour was exemplary and helped showcase the best of our sport.

Of course It would have been nice to have a number closer to capacity on course, but those who did attend managed to create an atmosphere fitting of the occasion and only strengthened the argument that now is the time for fans to return to the track in greater numbers.

It is hard to imagine a Royal Ascot without Wesley Ward, who saddled his first runners at the meeting 2009. Thankfully he has been back every year bar one since and few trainers play a more significant role than the American.

There's a real buzz from the moment Ward unveils his Ascot team in the build up and he's a pleasure to deal with for updates throughout  the week. Even after suffering a couple of reverses, he is always confident his next runner will be his next winner at the meeting.

There is also never any question of where the pace is coming from in a race when he has a runner. Ward's horses are trained to run as fast as they can for as long as they can and if they're not good enough then so be it, but you rarely find any sob stories where his runners are concerned

He has undoubtedly widened Ascot's global appeal, with his success encouraging other trainers based in United Stakes and from around the world to come and have a crack at the meeting. Attracting foreign interest is hugely important if Ascot is to maintain its position as the number one Flat racing festival on the planet

Ward's enthusiasm is infectious and even when he was waiting anxiously for the decision of Friday's stewards' inquiry to the Commonwealth Cup result, he came out with one of the great lines of the week when a microphone was thrust into his face.

"In America we'd have already had the winning photograph and would be sipping champagne by now," he said, "but we'll respect the decision of the stewards."

That decision ultimately came down on his side. Considering the contribution he continues to make at the meeting, few would begrudge him his latest success.

John and Thady Gosden may have taken the leading trainer honours for the week with four winners but special mention goes to David Loughnane, who not only saddled his first Royal Ascot winner, but also sent out two seconds from just four runners at the meeting.

Anyone who says training is merely a numbers game should take a look at how Loughnane is going about his business in Shropshire.

He describes his as a "boutique yard" and has no ambition to train 100-plus horses. Hands on, he likes to give each horse his undiluted attention and gets a feel for them himself on the gallops.

The ambitious Irishman has been getting the right results for some time but there appears to be more quality about his current team, which was evident when Loughnane saddled Amo Racing's Go Bears Go to finish a head second in Thursday's Norfolk Stakes.

The trainer's breakthrough at the royal meeting had come the previous day, with Lola Showgirl leading home stablemate Ffion to give the yard a memorable one-two in the Kensington Palace Stakes.

Last year Loughnane recorded his first win at Group level when Santosha landed the Princess Margaret Stakes at Ascot in July and further success at the same track surely awaits a trainer who is firmly on the up.

It was great to see Paul Hanagan put his injury woes behind with success on Perfect Power in the Norfolk, while riders Laura Pearson, Hector Crouch, Jason Hart, Gary Carroll, Cieren Fallon, Marco Ghiani, Ben Coen, Clifford Lee and Shane Kelly all tasted success at the meeting for the first time last week.

However, it was particularly satisfying to see David Probert in the winner's enclosure with Sandrine in Friday's Albany.

A more dependable rider you could not find, the only thing he has missed in a career that has yielded more than 1,000 winners is that star horse to put him on the big stage. Well he might just have found it with Sandrine, who gave him only the second Royal Ascot success of his career.

Fair play to owner-breeder Kirsten Rausing for keeping Probert on the filly after the pair had won on debut. All too often in his career, Probert has been overlooked come the big races, yet he has never let it affect his riding or his professionalism at the racecourse.

His riding once again did the talking in tough conditions on Friday, proving beyond doubt he is a jockey for the big occasion.

FIRST PUBLISHED 10:00AM, JUN 23 2021
Even when he was waiting for the decision of Friday's stewards' inquiry to the Commonwealth Cup result, he came out with one of the great lines