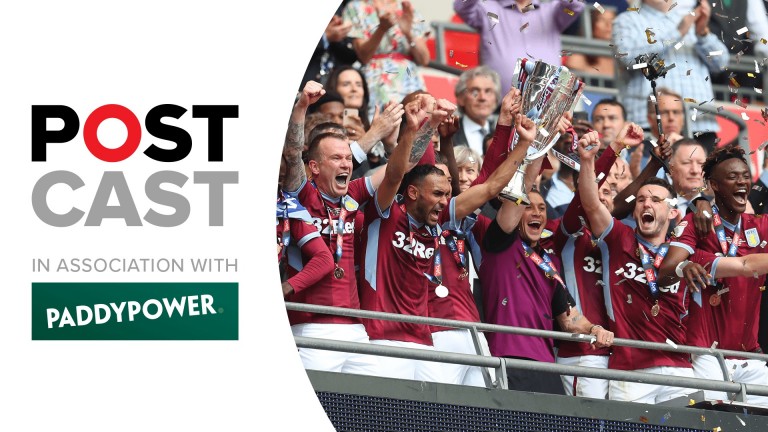 Football Postcast: English Football League Outright Tips | EFL Weekend Football Tips
Bruce Millington is joined by Racing Post Sport's Mark Langdon, Dan Childs and Paddy Power's Brian McDonnell for their tips on the outright markets for the Championship, League 1 and League 2 as well as their best bets in the EFL starting this weekend.

- Football has returned and so has our Postcast team who haven't missed a beat during the summer. The panel let us know who has caught the eye in the numerous tournaments during the close season.

- With the EFL kicking off a week before the Premier League the team give their best bets in the outright markets for the Championship, League 1 and League 2 including promotion, relegation and top scorer. Find out the best bets and the best prices across the divisions.

- The team can't resist getting stuck into the weekend's action and have three leagues to find winners - can they get their betting seasons off to a flier?