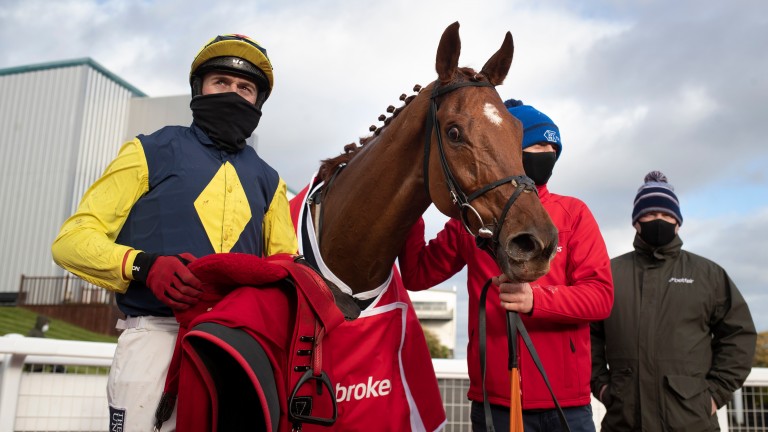 His winning performance at Punchestown earlier in the month showed there could be a big day in The Storyteller, and he made race fitness and stamina tell with a last-stride success in the first Grade 1 of the new season.

No longer will the nine-year-old son of Shantou be best known for picking up the pieces in the Grade 1 Growise Novice Chase at Punchestown in 2018 when Al Boum Photo was so dramatically taken out at the second-last.

He forged his own piece of history here for Gordon Elliott, Keith Donoghue and local owners, the Sloan family.

Held up off the mostly steady pace early on, he responded strongly from the last to just touch off favourite Chris's Dream by a neck. Over four lengths back in third was Tout Est Permis, runner-up to The Storyteller at Punchestown last time.

Watch: The Storyteller get up in the final strides

It was a terrific success for Donoghue, his second at Grade 1 level, in particular due to the partnership he has forged with this horse since the beginning of the summer. It was the fourth time they had teamed up to win since July, and he had been beaten on him only once.

"He's a brilliant horse, he had race fitness on his side and today was going to be his day. They went a little bit slow and I had to go round them, so I was a little bit worried but he found plenty from the last."

Elliott said: "He's been a horse of a lifetime and it's brilliant for Keith, who is a big part of our team. He takes his opportunities when he gets them. This horse will probably get a break now and come back in the spring." 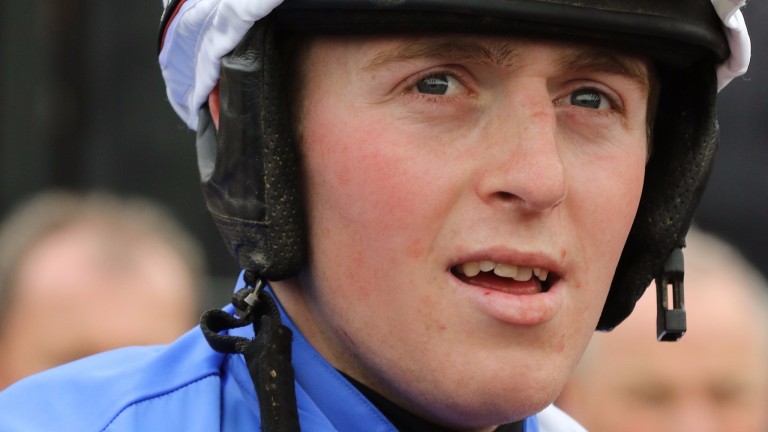 Keith Donoghue: "he had race fitness on his side and today was going to be his day"
CAROLINE NORRIS

There will be other days for Elliott's other runners Presenting Percy and Delta Work, who finished fourth and fifth respectively.

Elliott said: "Denis O'Regan said that Presenting Percy just blew up. The ground wasn't as soft as he wanted but we're delighted with the run. Delighted too with Delta Work. Jack said he just got a bit tired. They will both head on for Christmas now."

Betfair gave The Storyteller quotes of 40-1 for the Magners Cheltenham Gold Cup and 16-1 for the Ryanair Chase.

The hard-luck story was runner-up Chris's Dream under Robbie Power, the pair denied in the last stride.

Trainer Henry de Bromhead said: "He ran a blinder, but at that level we have to wonder at this stage whether he sees out that trip. He travelled so easily. We're delighted with the run but I think we will drop him back in trip."