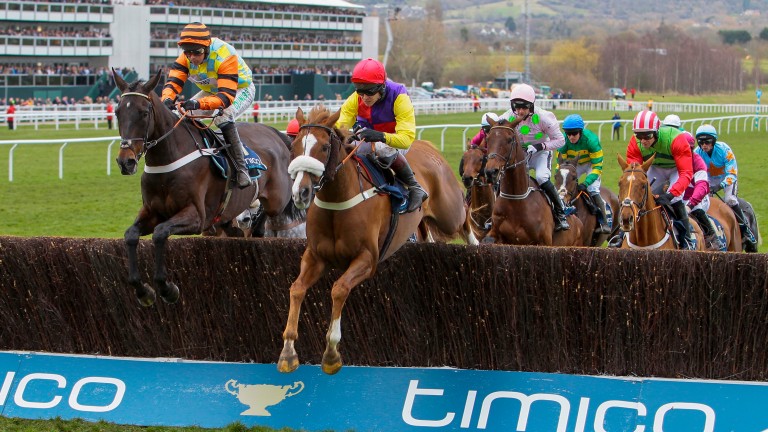 This race has been talked up as a match between Native River and Might Bite, but on their previous meetings the head-to-head is a little one-sided.

The big two have met four times over fences and each time it has been Colin Tizzard’s warrior who has come out on top, including when memorably capturing the 2018 Cheltenham Gold Cup.

Cheltenham could be where Might Bite finishes at the end of the season, but it is definitely where Native River will be going given his excellent record at the Cheltenham Festival and his stable’s desire to capture the contest again next year.

Native River, who wears blinkers for the first time, has not run since finishing fourth in last year’s Gold Cup, his third and final run of what proved to be a winless campaign which began in the Betfair Chase and took in the King George before Cheltenham.

There was no Haydock this year, and there will be no Kempton either, but Native River has not been idle in the intervening months, with a couple of racecourse gallops helping put Ann and Garth Broom’s nine-year-old in a good place for this reappearance.

Joe Tizzard, assistant to his father, said: “It's a lovely first run with just four runners and this was always the planned starting point for him. He's had two away-days at Exeter and last Sunday at Newbury and he looks in good form.

“You don't know what to expect from Might Bite but we beat him first time out last season after the Gold Cup.”

While those associated with Native River have been able to carefully plot a course to this race being sure what they are going to get, it has been more of a challenge for the team around Might Bite.

Just over 18 months ago he produced one of his best performances over this course and distance when slamming Bristol De Mai in the Bowl Chase having gone hammer and tongs with Native River in the Cheltenham Gold Cup the time before.

But far from kicking on from that Aintree demolition, the wheels came off last season. Like Native River, he was winless. However, while Native River was consistent in his efforts, Might Bite was erratic, finishing last, seventh and then pulled up.

Something was missing from the Might Bite of the previous season, and trainer Nicky Henderson and his team have been trying to find out what it is so they can get him right again.

“One thing that was definitely missing last year was his jumping,” Henderson said. “Before that he was fantastic, but he wasn’t like that at all last year.

“We’re pretty sure we’re getting back to that level, and I’ve put the cheekpieces on to try and help him that little bit more as well.” 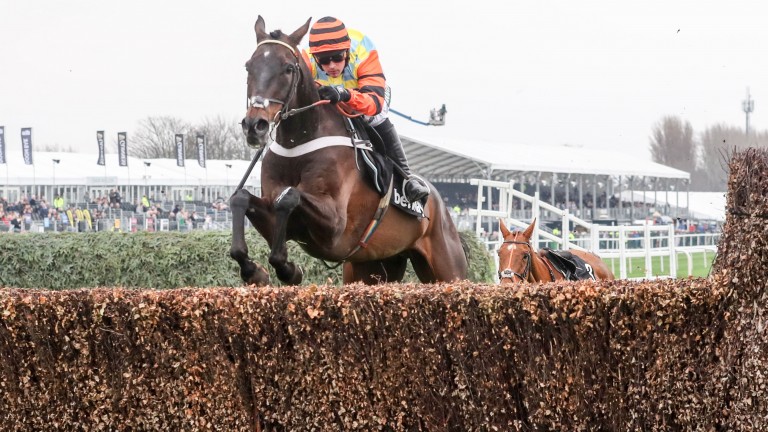 Might Bite: bids to return to form in the Many Clouds Chase
JOHN GROSSICK (RACINGPOST/PHOTOS.COM)

For all the efforts that have been put in to try to change the fortunes of The Knot Again Partnership’s ten-year-old, Henderson admits he will not quite be sure what to expect until Might Bite swings into action.

He said: “To be honest, I just don’t know with him right now. He’s never been the flashiest workhorse but he is going nicely. We’ll just have to see what happens.”

Paul Nicholls, trainer of Black Corton
He’s fit and well and goes there in good shape. He loves a small field. It’s not ideal giving 6lb to a Gold Cup winner, but he’s got race-fitness on his side. It could be his day.

Richard Spencer, trainer of Outlander
He’s going to come on a little for the run and we’ve got to start somewhere. We’re taking on good opposition, but it looks a good starting point for him and we’ve got races like the Grand National and the Cross Country Chase at the Cheltenham Festival in mind for him later in the season. Hopefully, he’ll give a good account of himself.

FIRST PUBLISHED 6:00PM, DEC 6 2019
You don't know what to expect from Might Bite but we beat him first time out last season after the Gold Cup