The five key questions that will decide the Richmond Stakes 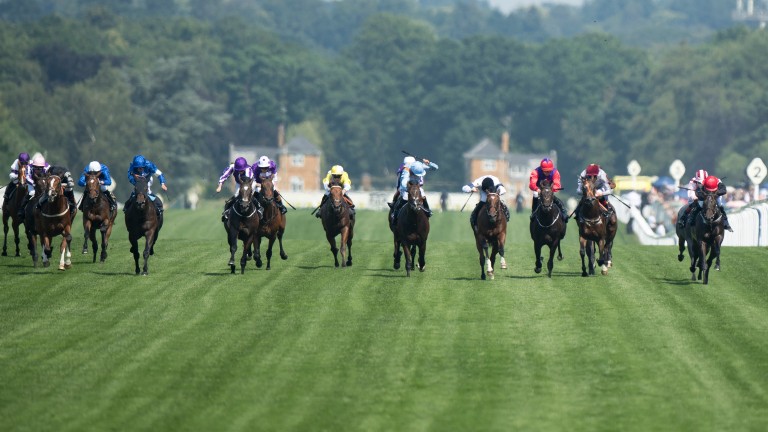 What's the Coventry form worth?

The Coventry has thrown up some brilliant winners in recent years but this year's renewal has come off the bridle early in its bid to maintain the push for Group 1 status.

The winner Rajasinghe has been beaten since. So too has the third Murillo, fourth Brother Bear and fifth Aqabah. Now is the turn of runner-up Headway, who has had the longest break of the lot to get over what trainer William Haggas believes was a tough race.

He was the highest drawn horse in the first five and raced away from the action yet was beaten just a head in a race run in a juvenile course record time, so there are reasons to be optimistic.

Haggas said: "We deliberately waited for Goodwood as I thought he had a hard race at Ascot, but he seems in good form now. I've always had a slight worry about soft ground but we'll see how he handles it. At the moment the plan is to run."

With the Richmond being over six furlongs, like the Royal Ascot race in which Headway finished runner-up, logic would dictate the Coventry form would have an advantage over that of the Norfolk - over a furlong shorter.

However, Cardsharp took a step forward for the step up to 6f at Newmarket last time, winning the Group 2 July Stakes by a length and three-quarters from the reopposing US Navy Flag.

He carries a 3lb penalty for that win and the third that day - Coventry winner Rajasinghe - proved how difficult that can be to do at this level when falling just short.

Trainer Mark Johnston is confident, however, and said: "If he runs to the form of his last outing then it will take a lot to beat him.

"He's in good shape and we had a slight dilemma as to whether to come here or supplement for the Phoenix, but we decided to come here and all being well he could go for the National Stakes next as we've given him an entry in that." 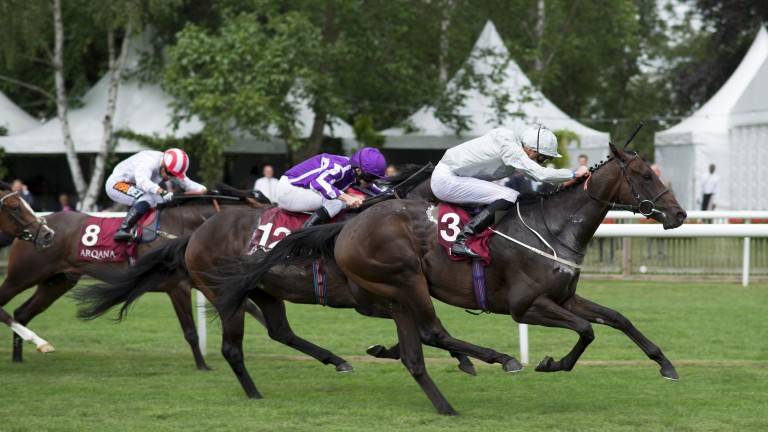 Another improver is the Charlie Hills-trained Nebo, who has progressed at a rate of knots.

An RPR of 88 in a winning debut in a soft-ground maiden was bettered with a 96 behind Rajasinghe at Royal Ascot and a 104 when beaten just a head by Gustav Klimt in the Group 2 Superlative Stakes. That puts him in contention, and his trainer said: "I'd not be too worried about the rain, he appreciates cut and won his maiden on soft.

"We said after his last run if the ground was soft we'd go back to six, if it was fast we'd stay at seven, so a soft six is ideal. Ascot was a nightmare, he was drawn one so you can put a line through that, but he was better at Newmarket and is a tough, genuine horse."

Day one was full of shocks with big-priced winners and if that is to continue perhaps it will be Bullington Bandit who gets in among them.

He is a 50-1 shot but was only three and a half lengths behind Gustav Klimt in the Superlative and is not anything like as far off the market principals as his price suggests.

Trainer Jane Chapple-Hyam believes there are reasons to think he has even less to find than the bare form states and said: "He probably didn't get the seven last time and was drawn on the wrong side. The race unfolded away from him and he still wasn't beaten very far so we'll give it a go.

"He trains on good to soft so the rain shouldn't be an issue and it should help make it a more testing six. He's taking on better horses but he'll give them all a run for their money."

Who will handle the ground best?

The big imponderable are the conditions. Just how soft will it be and who will handle it best?

Green Power is the only other runner to have encountered soft ground and he too was victorious. US Navy Flag met with defeat on yielding to soft but has won on good to yielding.