Ascot quiz: how much attention were you paying this week? 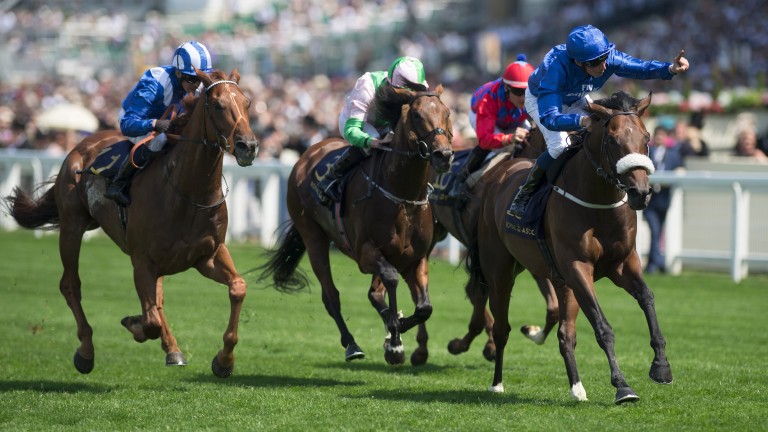 Ribchester starts a successful week for Godolphin in the Queen Anne Stakes
Edward Whitaker
1 of 1
By Mark Scully 12:48PM, JUN 26 2017

Royal Ascot is done and dusted for another year, with several magical memories created along the way but how many details can you remember of the ups and downs of five magical days? Let's find out with a Royal Ascot edition of our weekly quickfire quiz.

1. Godolphin enjoyed an excellent first day of the meeting, bagging a Group 1 double on Tuesday with Ribchester and Barney Roy. Which horse completed a treble on the day for Sheikh Mohammed's team? 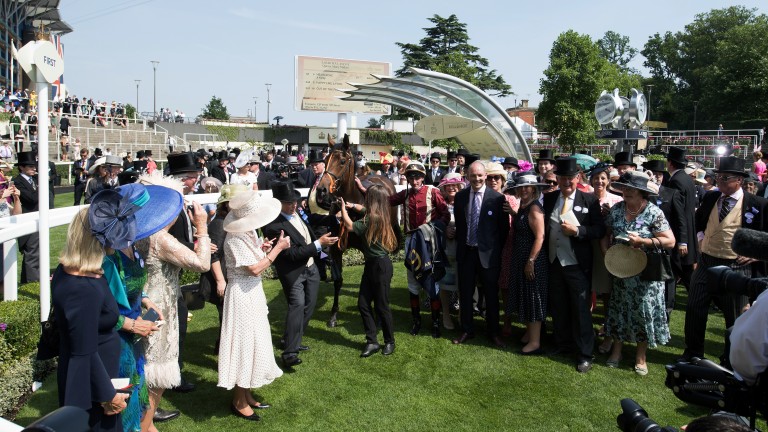 2. Heartache got the better of US raider Happy Like A Fool to win the Queen Mary Stakes for Clive Cox and Adam Kirby on the second start of her career. Where did she make her debut in May?

3. Oisin Murphy could not contain his delight as Benbatl won Thursday's Hampton Court Stakes. How many races had the three-year-old contested before Royal Ascot this year?

4. Different League got the better of Alpha Centauri to win the Albany Stakes on Friday. How much did the French-trained filly cost as a foal?

5. September followed up her impressive Leopardstown debut victory with a win in Saturday's Chesham Stakes. By champion Japanese sire Deep Impact, she is a daughter of which Aidan O'Brien-trained Irish Oaks winner?

6. Thomas Hobson won the opening day's Ascot Stakes for Willie Mullins and Rich and Susannah Ricci but failed to complete a double in the Queen Alexandra Stakes on the final day. Where did he finish? 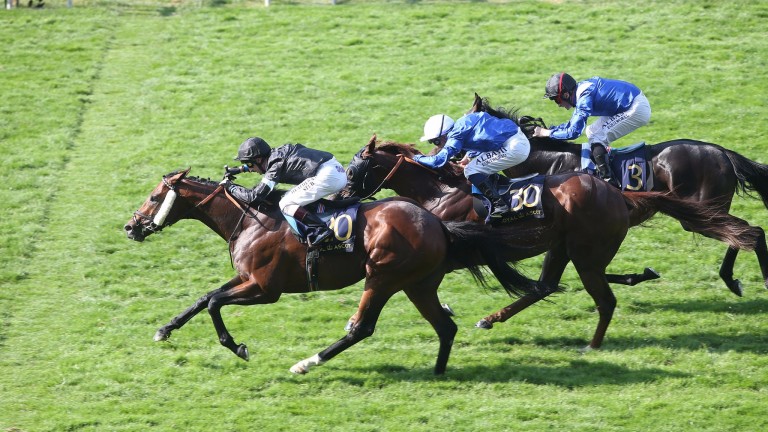 7. The biggest winning SP was 25-1, returned by Out Do in the Wokingham Stakes, Snoano in the Wolferton Handicap, Zhui Feng in the Royal Hunt Cup and which other winner?

A. Con Te Partiro in the Sandringham Handicap
B. Sioux Nation in the Norfolk Stakes
C. Different League in the Albany Stakes
D. Bless Him in the Britannia Stakes

8. Sir Michael Stoute endured a frustrating week as he failed to saddle a single winner. It means he remains locked at the top of the standings as the joint-winningmost trainer at Royal Ascot with the late Sir Henry Cecil with how many wins?

9. Big Orange and Order Of St George served up a close finish to Thursday's Gold Cup, but who finished third in the meeting's feature contest?

A. Torcedor
B. Harbour Law
C. She Is No Lady
D. Sweet Selection

10. Which jockey was left stunned on Friday when he was nearly hit by a plastic pint of lager thrown in his direction by a racegoer?

Scroll down for the answers...