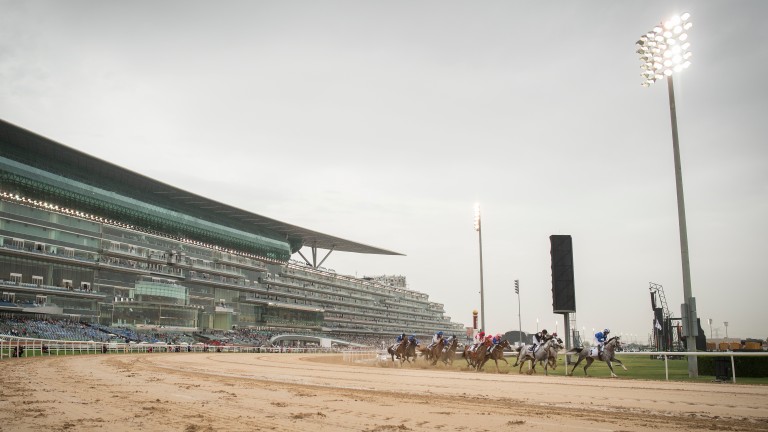 Knock me down with a USB stick – turns out no-one knew how social media worked after all. Instead of it being 'free, and always will be', Facebook comes at the heavy price of you being complicit in the election of Donald Trump and probably Angela Merkel, Gary Neville and East Lothian council too.

Plus the guy who runs the company appears to have considered his customers in a less-than-respectful manner (warning: contains offensive language, and people). Still, that sort of thing helps if you're thinking of a run for the White House.

Meanwhile, on YouTube you can't even train your pug to give a Nazi salute without ending up in court. It certainly doesn't seem like the proposed world of joy we handed over our data to join.

The whole farrago calls to mind that line old burglars trot out – they'd rather you were in watching the telly when they clean out your gaff. You're oblivious, you think you're enjoying yourself and it's unlikely you will walk in and surprise them.

But don't go just yet! Racing is at its annual oddball mini-peak, as the gap between Cheltenham and Aintree is filled by the Lincoln, the All-Weather Championships and the Dubai World Cup playing false nine. These events might be unloved by the tweed-corset tribes of spring, but they still make an impact. And no-one will surveil you while you browse them.

Meydan was termed space age when it was built, which seemed an archaic reference. But now we're in the second space age, ushered in by carefree private citizens such as Elon Musk and Jeff Bezos, so it was prescient. What's more, well-heeled patrons can kick back in the Sky Bubble, which sounds absolutely Jestsonesque.

The World Cup site, though, is somewhat oldfangled. No-one can deny the home page is comprehensive. There are 40 (count 'em – I did) little blobs for the articles, taking you right back to last year's World Cup and "post-match comments".

But the emphasis is unfuturistic and the live blog is a bit moribund, given the countdown is on. The latest posts (time of writing: Thursday) were a tweet and a brief report from Super Saturday (March 10).

Meanwhile, the projected cards for World Cup night were being strewn around on Twitter in even more oldfangled states. But they weren't on the site – or the World Cup Twitter feed (@DubaiWorldCup).

On the other hand, the hand with lots of time on it, the Trakus charts are great. There's some data worth surveilling. You could spend a lot of an otherwise useful day here, but for those with Pointless to watch and potatoes to wash, just remember it helps to be up with the pace on the dirt.

It really does. 'Helps' is too weak. Replace that with 'it's choosing failure over success not to be up with the pace on the dirt'. Which goes to show how great Arrogate was. He was the big A, and he was the world's best racehorse. For a bit.

You still hear people say this sectionals business is too much information. The people who've got better things to do. And who wants to be one of them?

General admission tickets for the DWC are AED40, which is £7.69. Nice. I went to see about Sky Bubble tickets but I got a '404 – Oops! Page not found', which suggests my bank account has been surveilled thoroughly.

There's been a sprinkling of sectionals on all-weather broadcasts this season, an aperitif for a future that might never be fully served up, but the All-Weather Championships site hasn't changed much over the years.

That's not a criticism. There's a lot of info here, what with your tables, leaderboards, categories, qualifiers and all, best presented plainly. The organisation strives to explain everything in an orderly fashion, a feat on a par with learning MC Hammer's typewriter dance in your tea-break. Complicated, but fun (for some).

It's howling out for a few videos though. AWC has got a YouTube channel, but with only 57 subscribers and a lot fewer videos. On the site all you can find are flyovers of Lingfield, Southwell (looks lovely) and Wolverhampton. By the way, it's Lingfield Park Resort. Got that?

Did anyone see the robot jockey demonstrated at Cheltenham? Probably not. I'm not even sure if it was there. Well, here it is, with Rich Ricci, Phil Tufnell and Ken Doherty. Like Facebook, it can keep an eye on you. It can talk too, but it's not that clear if it can ride. I mean, we can all sit on things, but surely there's more to it than that.

Still on Cheltenham, mixed notices on TripAdvisor, where people are forthright and usually honest. There are four reviews, and even a five-star one from Elise 321, who calls it "the best week of the year", says: "Club tickets are recommended . . . Best Mate enclosure is an avoid at all costs!".

Niall D says he "had to show a woman how to pull a pint of Carling", and it "took 20 mins to get to a bar because it was so busy then at least ten to get served". This, he says, was a big put-off for the future.

At the festival, it seems, you can't always gets what you pays for, unless it's a seat. Carolynn H booked a table in the Moscow Flyer restaurant and had a great time, with free tea.

Alistair F voices a concern you might have heard before: "This year we decided to pay extra for the Club Enclosure at nearly double the price. Every area was packed. If you were prepared to miss a race in order to get a drink, then you were okay . . . the event is clearly over sold."

And then he moves on to the car park. Time for a fifth day!

• Gremlin watch: last time, mention was made of the new site dedicated to horseracing in the movies. But a gremlin prevented a crucial mention of its actual name. Apologies. It's British Horse Racing Movies and it's at britishhorseracingmovies.uk.

Vision of the betting future is an endless virtual rat race

FIRST PUBLISHED 6:00PM, MAR 24 2018
You still hear people say this sectionals business is too much information. People who've got better things to do. And who wants to be one of them?